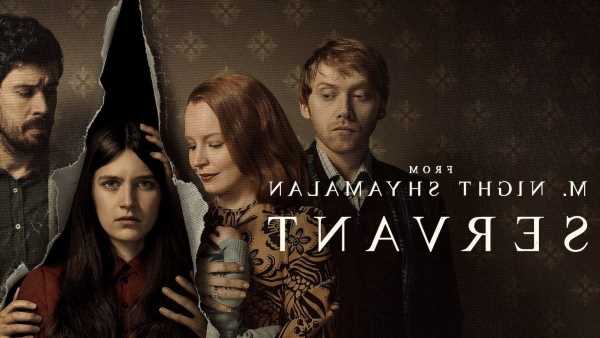 Apple TV+’s Servant Season 3 ended Dorothy’s (Lauren Ambrose) storyline on a massive cliffhanger. After a particularly stressful season, the Turner Family is still in shambles, but viewers have some pretty interesting theories after watching the finale. Fans think Leanne’s (Nell Tiger Free) connection to Dorothy is deeper than anyone first realized. In fact, after watching the finale of Servant Season 3, audiences believe Leanne has brought Dorothy back from the dead a few times in her past.

Tensions between Dorothy and Leanne continued to escalate through Servant Season 3. Leanne’s relationship with the homeless kids in the local park put Dorothy on edge. The nanny’s paranoia about members of the cult trying to capture her began to grate on the young mom’s nerves. Throw in Leanne’s overall strange demeanor, and no one seemed to be having a good time.

Midway through Servant Season 3, Dorothy attempts to send Leanne to a dance camp to get her away from Jericho. She believes Leanne’s friendship with the kids from the park puts Jericho in danger. However, Leanne quickly proves that without her, Jericho ceases to exist. This causes Dorothy to quickly recant her decision to send Leanne away but starts working on a new plan.

Dorothy then tries to get Leanne committed to an inpatient psychiatric facility, but Leanne outsmarts her. Eventually, feeling as though no one is on her side, Dorothy tries to sneak out in the middle of the night with Jericho in tow. However, Leanne catches her and alerts both Sean (Toby Kebbell) and Julian (Rupert Grint). As Leanne apologizes to a manic Dorothy, she causes the banister Dorothy’s leaning against to break, and she falls to the first floor.

The last scene in Servant Season 3 shows Dorothy lying in an unnatural position on the ground. The height from which she fell was easily enough to kill her, but her eyes remained open. This made fans wonder whether she possibly survived the fall.

Leave it to superfans on Reddit to come up with some of the most thought-provoking theories. Several believe this isn’t the end for Dorothy in Servant Season 3, and she’s not dead.

One Redditor wrote, “The first time was at the cult fire thing and Leanne brings her back. I think her burned corpse is in the wall. The second time I think she hangs herself at 2 a.m. after she sees Jericho dead. This is another reason why 2 a.m. is so triggering for her. She either was not able to die because she is already dead or Leanne brought her back. Then Leanne puts Jericho in her womb (like she put the baby in the cake dough). The cult keeps trying to put Jericho and Dorothy to rest, but Leanne prevents it or brings them back. And after the fall, Leanne will keep her alive.”

It didn’t take long before fans quickly debunked the body in the wall. Creator M. Night Shyamalan himself confirmed the body belonged to Aunt Josephine. However, the rest of the theory remains pretty compelling.

Several other viewers confessed they had similar theories. Although, not all of them included Leanne as the one who brought Dorothy back from the dead.

This fan wrote, “I think Uncle George brought Dorothy back as a child. I think she was in a car accident with her mother and they both died. I think Uncle George brought her back and that’s why he called her Dottie in season one. She doesn’t die through these things because what’s brought back doesn’t die easily (hence the weird cult ritual required to kill one of them because they were all brought back).”

Another user pointed out some potential symbolism in the Servant Season 3 posters, “This reminds me of the cover picture for Servant. Where Dorothy and Jericho are shown with Leanne, rather than with an individual separate picture like Julian and Sean. The lack of an individual picture for Dorothy and Jericho indicates that they are somehow dependent on Leanne – almost like their existence is dependent on her, and is brought through her.”

Regardless, fans have a while to wait to find out if their theories are correct. Shyamalan confirmed that Apple already greenlit Servant Season 4, but there is no word on when the final season will premiere.