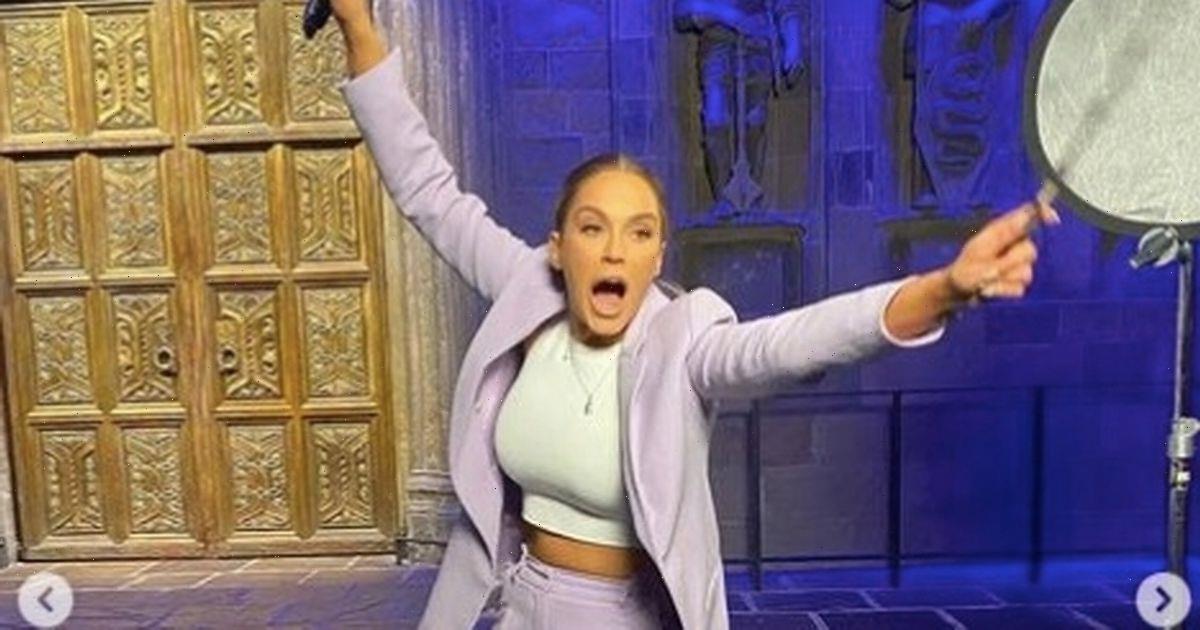 Vicky Pattison has revealed that she had a top-secret job related to the Harry Potter franchise.

The former Geordie Shore star said that she had been given an “amazing opportunity” after attending the premiere of Fantastic Beasts: The Secrets of Dumbledore in London recently.

Vicky, 34, shared yesterday that following the glitzy and star-studded event she was invited to interview a number of the cast at the Warner Bros. Studio Tour.

She has kept schtum about who exactly she spoke to but teased that the content will be available very soon.

Posting on Instagram to her five million followers, the I’m a Celeb winner shared some pictures of her looking stunning at the premiere as well as some snaps of the mystery studio job.

She wrote: “My feet have literally just touched the ground after a super magical week- in every sense of the word!

“I was super honoured to not only be invited to the premiere of Fantastic Beasts: The Secrets of Dumbledore and share a red carpet with some of my all-time favourite actors but also interview some of them at @wbtourlondon the day after!!

“As a huge Harry Potter and fantastic beasts fan- I'm sure you can imagine this was a dream come true?”

Vicky, who is engaged to TOWIE star Ercan Ramadan, recently opened up about her health and how she used to be obsessed with “a number on the scales” and “fitting into a size eight”.

But, she told the Sun: "But being healthy is waking up before your alarm clock goes off, smiling more, dancing in the street and not being bothered anybody is watching.

“The best feeling is being healthy.”