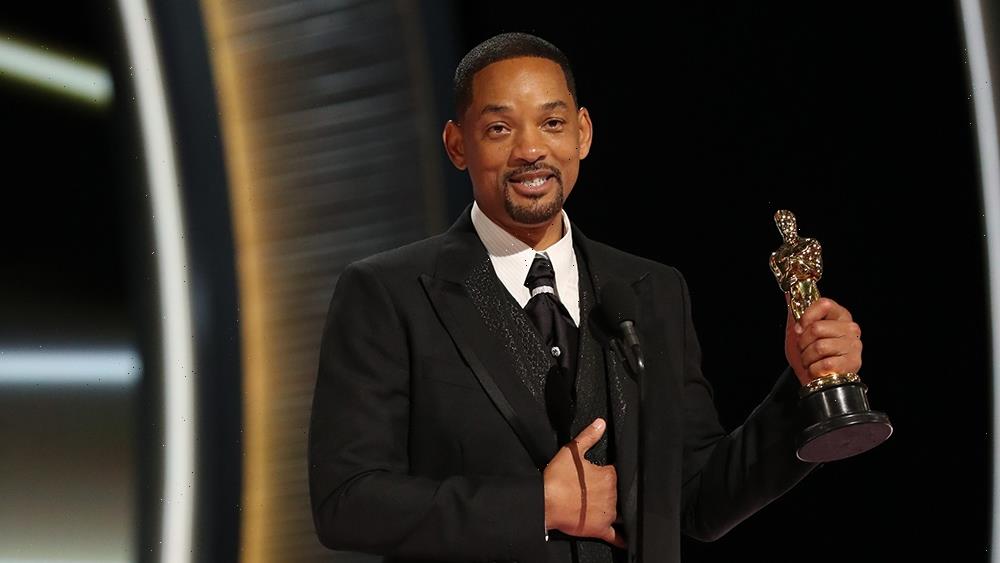 Will Packer, who co-produced last Sunday’s 94th Academy Awards ceremony along with Shayla Cowan, spoke in depth Friday morning on “Good Morning America” about Will Smith slapping Chris Rock. The incident occurred during the Oscars after Rock made a joke about Jada Pinkett Smith’s bald head while presenting the documentary feature category. Packer said he also thought it was a bit when the slap first happened, saying, “I thought it was part of something that Chris and Will were doing on their own. I thought i t was a bit. I wasn’t concerned at all.

Packer confirmed Rock was “free-styling” when he went off script to make the Pinkett Smith joke, adding, “I said, watch this. He’s going to kill because I knew he had an amazing lineup of jokes that we had. We had him in the prompter and ultimately he did not get to one joke. He didn’t tell one of the planned jokes.”

Packer went up to Rock after Rock came off stage. “I said did he really hit you?” the producer asked Rock. “And he looked at me and he goes, yeah, he goes, I just took a punch from Muhammad Ali as only Chris can. He was immediately in joke mode but you could tell that he was very much still in shock.”

“I knew it was clearly a confrontational moment because of what was happening from Will in the audience, but I still wasn’t sure that he actually struck him,” Packer said. “I made that clear, like, Rock, you tell me, whatever you want to do, brother, and he was telling me, I’m fine.”

Packer said he never had any conversation with Smith. Regarding the Academy’s claim they told Smith to leave, Packer said he was told they were going to “physcially remove” will Smith but he was not a part of those conversations.

“I immediately went to the Academy leadership that was on site and I said, Chris rock doesn’t want that. I said, Rock has made it clear that he does not want to make a bad situation worse. That was Chris’ energy. His tone was not retaliatory, it was not angry so I was advocating what Rock wanted in that time which was not to physically remove Will Smith at that time because as it has now been explained to me, that was the only option at that point.”

Smith allegedly reached out to Packer the next morning to apologize.

As revealed in a clip that aired the night  before Packer’s “Good Morning America” interview, the producer also said the LAPD were ready to arrest Smith at the Oscars following the slap. Packer said, “They were saying, you know, this is battery, was a word they used in that moment. They said, ‘We will go get him. We are prepared. We’re prepared to get him right now. You can press charges, we can arrest him…’ Chris was — he was being very dismissive of those options. He was like, ‘No, no, no, I’m fine.’ And even to the point where I said, ‘Rock, let them finish.’ The LAPD officers finished laying out what his options were and they said, ‘Would you like us to take any action?’ And he said no. He said no.”

Both Smith and Rock addressed the incident in the days after the Oscars ceremony. Smith apologized to Rock on March 28 in a statement published on social media, writing, “My behavior at last night’s Academy Awards was unacceptable and inexcusable. Jokes at my expense are part of the job, but a joke about Jada’s medical condition was too much for me to bear and I reacted emotionally. I would like to publicly apologize to you, Chris. I was out of line and I was wrong. I am embarrassed and my actions were not indicative of the man I want to be.”

Rock waited until his March 30 stand-up comedy show in Boston to address the slap publicly, although the comedian mostly stayed away from talking about the incident. Rock told the audience, “I don’t have a bunch of shit about what happened, so if you came to hear that, I have a whole show I wrote before this weekend. I’m still kind of processing what happened. So, at some point I’ll talk about that shit. And it will be serious and funny.”

In the days since the Oscars, conflicting reports have emerged about how the Academy handled the slap during the ceremony. The Academy claimed it asked Smith to leave the ceremony but the actor refused, however Variety reported that Smith was never formally asked to exit the event. In the chaos that surrounded the altercation, the Academy and the show’s producer appeared to have  sent mixed messages about whether Smith should be expelled from the event.

Smith is now facing “suspension, expulsion or other sanctions” from the Academy, which condemned his violent actions following the Oscars. The next Academy board meeting is scheduled for April 18, and it’s here where the group may take disciplinary action against the actor.