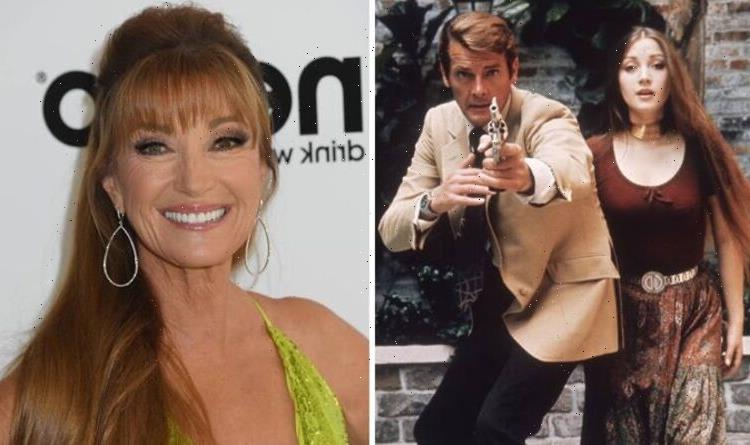 Jane Seymour will be starring in the upcoming detective series Harry Wild where she portrays the titular character former English Professor Harriet “Harry” Wild. Having retired from her lifelong career, Harry finds herself at a crossroads, not knowing what to do next until she comes across a case her detective son Charlie (played by Kevin Ryan) is working on. But almost 50 years ago, Seymour was part of Live and Let Die, one of James Bond’s most memorable movies in the franchise.

Live and Let Die came out in 1973, starring legendary James Bond actor Sir Roger Moore, the fourth to take on the role.

He was joined by actress Seymour who portrayed psychic medium Solitaire who supposedly inherited her abilities and the job from her mum.

However, in order to keep her powers, Solitaire had to remain a virgin.

Of course, this didn’t last very long with Bond about but speaking to Express.co.uk, actress Seymour has said she would “absolutely” return to the British franchise as Solitaire.

In fact, Seymour has even thought of how the former medium could return which would put a new spin on the Ian Fleming story.

When asked if she would reprise her role in a future Bond movie, Seymour said: “Absolutely, if I was asked, I would be very proud to be in there.

“Why not? I think it would be fun. I mean, what did happen to Solitaire?

“She was deflowered so she is no longer a virgin, she’s now rather long in the tooth.”

The Bond star continued: “Did she maybe get pregnant by Bond? That we don’t know, do we?

“I just thought of that just now, that’s how I would come back in, Bond had a lovechild and Solitaire never got a chance to tell him.

“But by now, there would be a grandchild involved!”

For now, at least, the creators of the franchise are more concerned with finding the next Bond.

Actor Daniel Craig has starred in the past five movies, the latest, No Time To Die, having come out in 2021.

Craig has already stated that he won’t be back for another film so bookmakers have been regularly releasing odds on who is in the running for the role.

According to Sky Bet, Bridgerton actor Rege-Jean Page is currently favourite with 7/4 odds.

He is closely followed by The Witcher star Henry Cavill with 5/1, Poldark’s Aidan Turner with 6/1 and X-Men’s Michael Fassbender with 8/1.

Seymour says she believes whoever takes on the part next will be right for the job.

She added: “I have always said and still maintain that the franchise is brilliant at finding whoever the contemporary Bond should be.

“Back in the day when I was with Roger Moore, he was just perfect for that era – you would never make that film now, you couldn’t.

“It’s a wonderful British product and Daniel Craig was brilliant and Pierce [Brosnan], I love them all.”

Harry Wild is available to stream exclusively on Acorn TV from April 4.