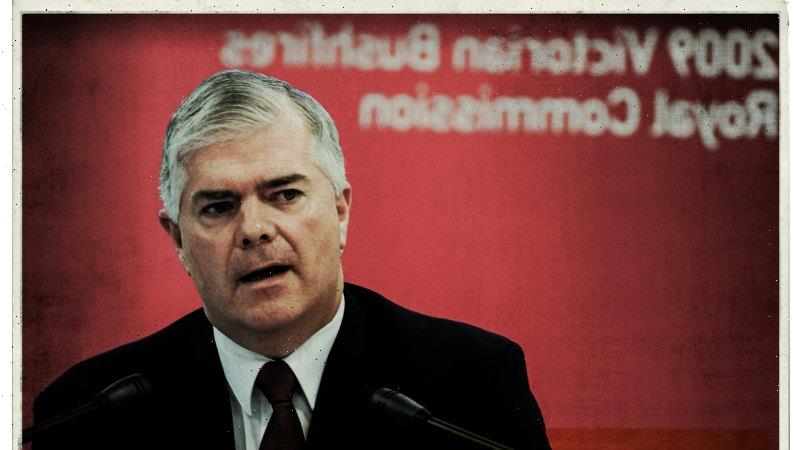 Paul Hollowood always expected to spend his professional life racing to emergencies with lights and sirens clearing the path before him. 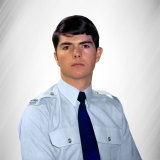 Paul Hollowood as a police recruit.

His plan was to follow his father’s footsteps into the Fire Brigade. “As a kid I spent half my life at the Carlton fire station. When we played footy and cricket out the back, the firefighters would join in.”

The fire service had a father-son rule, which meant Paul was to be fast-tracked into the service. The trouble was you had to be 21 to join and at 16 he was done with school.

His father suggested he join the police as a cadet, learn that trade and then slip over to the fire brigade when the time was right.

“The trouble was that as soon as I joined I found I really loved policing,” he says. And so he stayed – for 48 years, retiring on Friday, April 1, as a superintendent. 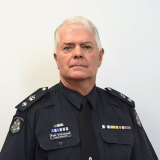 While Paul’s career was long and varied, his most important investigation was fire-related, into the 2009 Black Saturday disaster that cost 173 lives.

As an experienced homicide investigator, Hollowood was used to a crime scene that might be the size of a room or a backyard.

The first challenge was to find and identify victims lost in the furnace. The Victorian Institute of Forensic Services identified every one – a modern scientific miracle.

There were 521 serious injuries, 3394 buildings destroyed and 726 vehicles melted. One way of dealing with the aftermath would have been to decide it was just too big, accept the death toll and complete a general inquiry with broad conclusions. 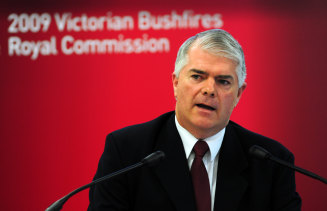 Instead, it was decided each individual victim and every grieving family was entitled to the truth, resulting in Australia’s biggest police investigation.

Hollowood was then in charge of several investigative units, including the Arson Squad.

“Because of the extreme weather, for about a week before Black Saturday we were aware of the growing risk, but no one was prepared for what happened,” he recalls.

“I was duty Crime Department Superintendent on the day, and it was as bad as it could be. Units were reporting from around the state saying it was utter chaos.” 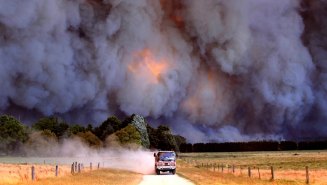 Police set up the Phoenix Taskforce and initially 400 Crime Department detectives were sent into the field. It would take two years, more than 100,000 investigative hours and result in taking more than 5000 statements.

If each case went before the Coroner in the usual way, the process would have taken years and traumatised thousands of witnesses and family members.

“It soon became apparent that we just couldn’t do this the traditional way,” Hollowood says.

Police experimented with “electronic briefs” that were more than online versions of the vast paper files that would make up one case. The final interactive product was both brilliant and awful.

The before-and-after satellite photos show the lottery that is life and death. There are well-prepared properties, seemingly bushfire-proof, that are obliterated, while others dropped into the scrub, often built without planning permits, are spared.

Click on the mouse and you see a man standing proudly by his house. Click again and a graphic program shows the man trying to save the property, his wife urging him to go, his car idling in the garage if he needs to escape.

Then the call to 000 when he yells above the roar of a wall of fire that he is trapped. Then he is gone.

Instead of having to sit in a sterile courtroom and hear strangers describe their loved ones’ last moments, Hollowood says, “we were able to sit with relatives and explain exactly what happened”.

As a young cop, Hollowood was part of a group that benefited from a change of policy that fast- tracked talented young police into criminal investigations, becoming a detective in Brunswick. Soon he was assigned to homicide and by the age of 32 was running a team as a Detective Senior Sergeant.

In June 1991, six-year-old Sheree Beasley was abducted from outside a Rosebud milk bar, with witnesses saying they saw a distressed girl driven away by a middle-aged man.

Initially the case was treated as an abduction and a taskforce formed to try and find her. After her body was found it became a homicide investigation, with Hollowood in charge.

It would take 18 months to lay charges and Hollowood had to enlist the help of a police killer to resolve the case.

One of the first routine suspects was church elder and convicted sex offender Robert Arthur Selby Lowe. He was telephoned and asked about his movements after his work car, along with 775 others, were flagged as similar to the vehicle in the abduction. 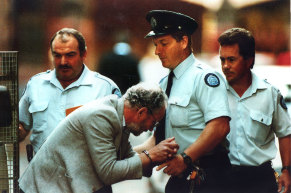 He was called in for a further interview in August but gave an alibi for the day of the crime.

After the body was discovered, Hollowood ordered a review of known suspects: “We kept coming back to Lowe.”

It wasn’t only the police who had their doubts. Lowe occasionally consulted psychotherapist Margaret Hobbs, who became increasingly concerned at the sinister nature of her patient and tipped off police.

Hollowood decided to use a court-approved bug in her office. Lowe, he recalls, used Hobbs as a sounding board, never telling the truth but rehearsing versions of events he could later use if confronted again by police.

After Lowe was charged, Hollowood found another ally. Armed robber Peter Reid, convicted of the 1982 murder of Senior Constable Stephen Henry, gave evidence that Lowe had confessed to him inside jail.

“Lowe was using Reid as a jailhouse lawyer and Reid had no time for a child killer. Reid had done a drafting course in prison and was able to map out the abduction better than some professionals,” says Hollowood.

If you work homicide, you deal with offenders who kill for a variety of reasons. Then there are the stone killers, those who turn murder into business and see life as a tradeable commodity.

None was worse than Alistair Farquhar “Sandy” MacRae, implicated in 20 suspicious deaths.

“I would have to say that he would be Australia’s worst known multiple murderer, and we will never know how many people he has killed. He had no regard for life at all,” says Hollowood.

Killer: Alistair “Sandy” MacRae is interviewed by Paul Hollowood at Pentridge Prison in 1992.

After quitting as a standover man for Melbourne’s biggest vice ring, MacRae moved to a 10-hectare property at Merbein, near Mildura. This was no retirement move, as he began to lure people to his property on the promise of buying marijuana in order to kill them.

In 1987 police found the body of Domenico Marafiote buried under MacRae’s chicken coop.

Two years earlier MacRae had shot and killed his victim (he had already dug the grave) before driving to Adelaide to kill Marafiote’s parents Carmelo, 69, and Rosa, 70. He was desperate to find the money that Marafiote was to use for the marijuana deal but didn’t find the cash, which was sewn into Rosa’s clothing.

Hollowood says it was over a space of a few years that law enforcement went from a craft for the crafty to a profession. He began in an era when short-tempered detectives in short-sleeved shirts had a tendency to punch suspects with a short right to gather information, and worked through to a time when tertiary-educated investigators drinking short blacks punch a keyboard to gather intelligence.

“The big change was from the early 1980s to the late 1980s. We started taking statements on typewriters and ended with video-recorded interviews. We could only collect blood group samples and there was no DNA. We were only allowed to present black-and-white crime photos because colour ones were considered likely to inflame a jury.

“We moved from caveman days to professional in a few years.”

He learnt it was the cop who went one step further that made the difference, such as the search-and-rescue sergeant called in to look for a body who spotted a tiny piece of rug – “no bigger than a thumb” – stuck on top of a barbed wire fence in arid Mallee country.

Concentrating on the area from the police helicopter he spotted a darker area of disturbed sand. “The victim was buried there, wrapped in the rug. It had caught when the offenders carried him over the fence. I was amazed he could spot the piece on the wire.”

Professional criminals have also changed, Hollowood says. “They robbed banks or were safe-breakers or committed fraud. Now they are opportunistic. They may commit robberies, aggravated burglaries and then frauds.”

Paul Hollowood has a loyal group of police admirers who respect his coolness under pressure, his guidance and his legendary work ethic. He has his detractors as well, those who have been bruised as he has always been more concerned about results than popularity.

One admirer is Assistant Commissioner Bob Hill, who as a young homicide detective learned that with Hollowood the job always came first: “Paul was the consummate professional but a hard taskmaster, who demanded the very best from his staff. If I needed advice, he has always been the first person I turned to.”