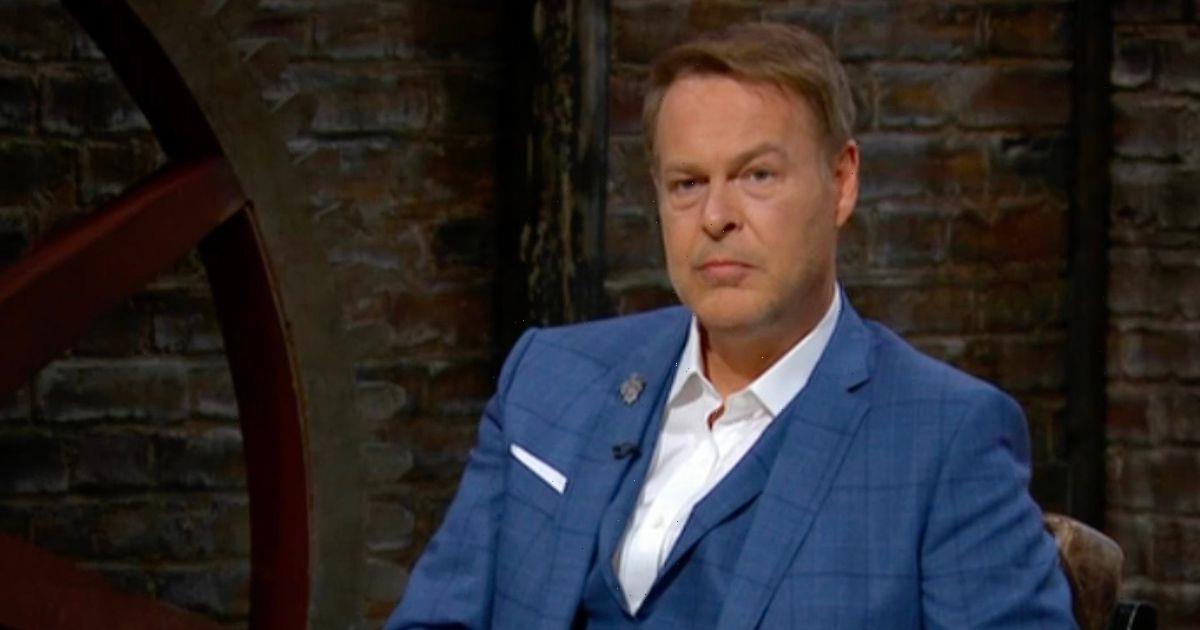 Dragons’ Den fans were left shocked over the steep valuation of one entrepreneurial pair's products as they displayed their wares in an unusual manner.

Sisters Alex and Jenny entered the Den with their brand Pretty Mama, a demure but stylish maternity brand that specialises in hidden zips for breastfeeding garments.

They attempted to bowl over the Dragons before they had even entered the Den as they sent in a female demonstrator with a baby in tow.

The Dragons cooed over the newborn as she latched on to the woman’s breast and Peter Jones joked that he was the child’s “favourite” investor.

Alex and Jenny then made their way up to the warehouse and took to the floor to ask for a £30,000 investment in return for 20 percent of their business.

They showed the Dragons their products, which consisted of tops and jumpers that featured an extremely thin zip used to expose the breast.

Deborah Meaden asked them to confirm the prices of the products, to which they confirmed that one style cost £47, their t-shirts cost £42 and their hoodies are priced at £45.

A shocked Touker Suleyman asked them how much it costs them to produce the hoodies, which are made in China, and they told him £20.

Jenny said: “It’s because we were ordering in batches of 50 which is quite low, I know, but the quality is just amazing. This is why we need help,” which made Deborah chuckle.

One said: “£45, is that a reasonable price for a garment like that?”

Another wrote: “Why is it so pricey?!”

One viewer tweeted: “Seems expensive, but I guess dragons could sort that out.”

Steven Bartlett then asked the siblings about their predicted scale increase over the next three years.

Touker Suleyman then eventually offered the sisters a five-way Dragon investment, which Deborah backed out of.

It was looking bleak for Alex and Jenny before Peter Jones agreed on the deal, thus securing Steven and Sara Davies’ place which set the sisters on the road to success.