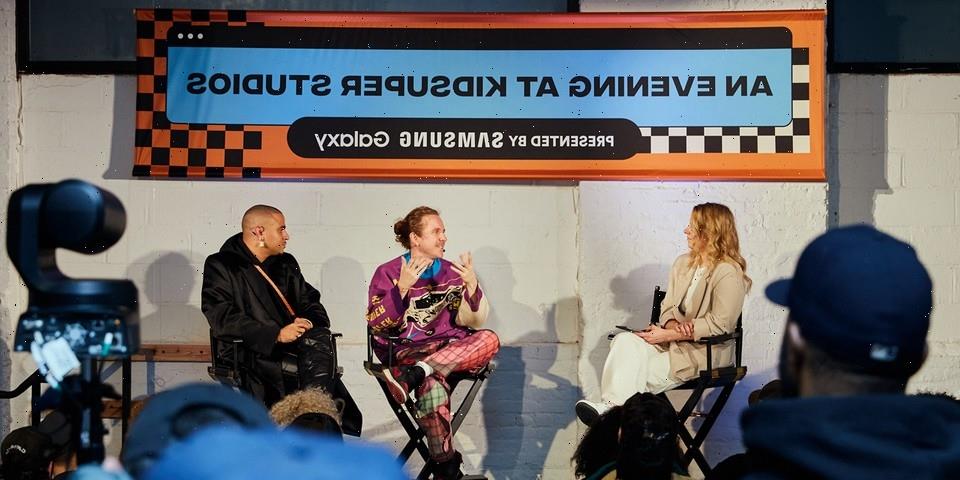 Earlier this week, Samsung Galaxy hosted an event and panel discussion at the brand new KidSuper Studios in Williamsburg, Brooklyn. The live conversation, moderated by HYPEBEAST’s Courtney Kenefick, featured guests Colm Dillane, the founder and creative director of KidSuper, alongside Raul Lopez, the founder and creative director of the label LUAR.

An Evening at KidSuper Studios marked the follow-up to a two-part video series featuring Dillane and KidSuper’s head of digital, Adham Foda, during which they shared how devices like the Samsung Galaxy Z Flip3 5G and Galaxy Z Fold3 5G cater to both the creative and virtual sides of the label’s business. Continuing that conversation, LUAR founder Raul Lopez joined Dillane for a discussion centered on the importance of community and connectivity in brand building.

Set against the backdrop of  KidSuper’s new space, which will not only serve as an office and HQ for the brand, but also a place for cultivating community, creativity and innovation, the pair found common ground in creating luxury brands that don’t conform to the confines of tradition. They also shared strong ties to the Williamsburg neighborhood of Brooklyn. Lopez grew up in the area and has watched it change over the years, and Dillane has firmly rooted his brand in the neighborhood since its early days. The duo expressed the importance of technology for creating a direct line of communication with their consumer, whether that’s giving young fans advice through Instagram DMs or forming connections to future collaborators.

After the conversation, audience members in the studio as well as those streaming the discussion on Samsung’s Twitch channel were given the opportunity to pose their own questions to the designers. When asked if they prefer seeing their designs on real people or celebrities, both agreed that they prefer to see their pieces in the streets and will even approach people wearing their creations. For Dillane, the exception was seeing KidSuper on an unexpected public figure.

Check out images from the event above and head to Samsung’s website to learn more about its mobile devices and how they cater to designers and creatives like Dillane and Lopez.
Source: Read Full Article