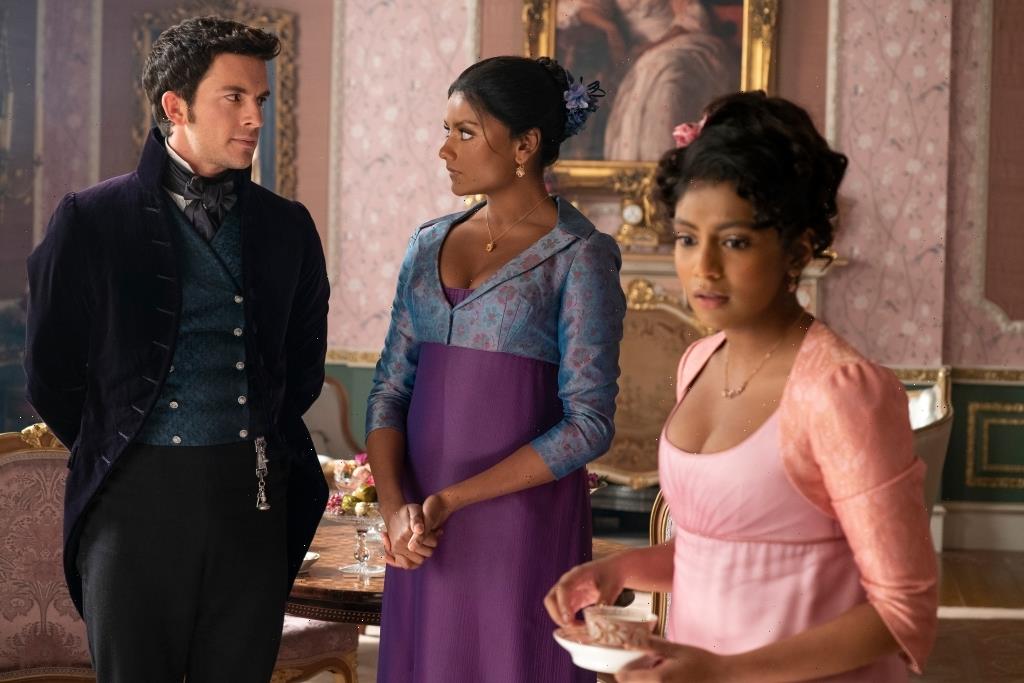 Aside from the stunning costumes, “Bridgerton’s” lavish ball scenes are just as essential to its storytelling.

The sequences were like putting together a jigsaw puzzle, Adjoa Andoh, who plays Lady Danbury said: “We’ve got the significance of the artist, who’s dancing, who’s plotting, who’s sitting with you, who’s walking behind him, what they’re drinking and where they’re looking.”

But all of those pieces differ depending on the type of ball it is.

“Bridgerton’s” second season continues to explore the love triangle between Anthony Bridgerton (Jonathan Bailey) and sisters Edwina (Charithra Chandran) and Kate Sharma (Simone Ashley), while Eloise (Claudia Jessie) questions societal norms. Along with the drama comes plenty of balls held by the finest of society. Where Season 1 of the hit Netflix series had 11 balls, Season 2 matches the swanky events with just as much grandeur.

“We have discussions about the emotion that we want out of this. Is it one of these sexier balls? Or is it a falling in love ball? A gossip ball? That tells me as a director how to bring it to life,” director Tom Verica explains.

The dance floor was one place where people were allowed to touch, and choreographer Jack Murphy was able to work with the actors on all the movements, right down to instructing the ladies how to curtsy to the Queen.

Ashley admitted she got nervous when it came to dancing, but she praised Murphy for his process and working with each actor in putting them at ease. “We always broke it down step by step, and by the time it’s in your body you just kind of enjoy it and it’s all about the connection with whoever you’re dancing with,” she said.

Even Jessie said she too had nerves, unsure if she could master the steps while delivering dialogue: “And I did it, it was so much fun. Then I wonder what song will be played.”