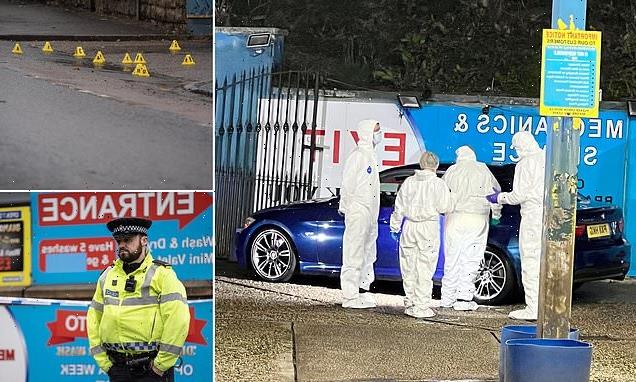 Police have launched a murder investigation after a man was shot and killed at an inner-city car wash yesterday.

The man, who hasn’t been named, was killed in a car after a gunman opened fire at the Diamond Car Hand Wash, in Sheffield, South Yorkshire, at 6.45pm.

A blue BMW 3 Series with bullet hole marks in its windscreen and car bonnet was visible at the scene, on Burngreave Road, north of the city centre. 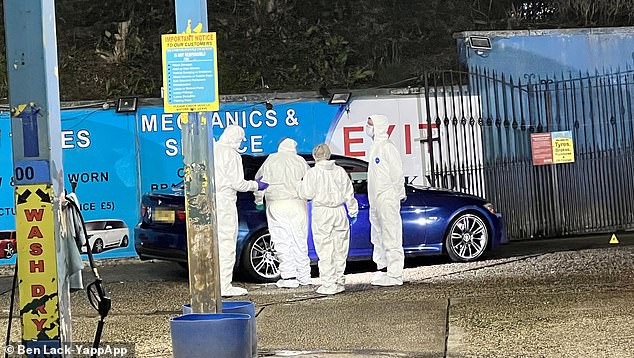 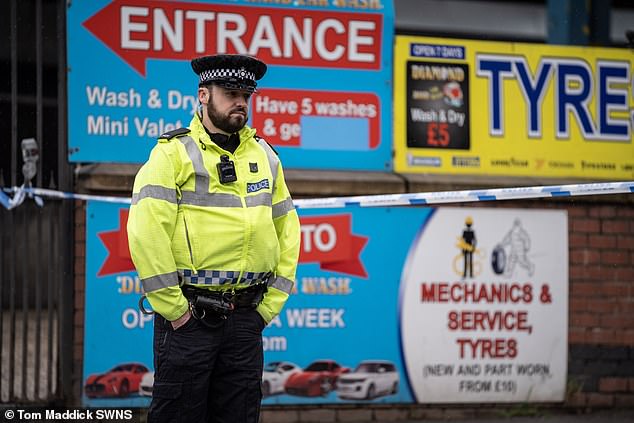 Police are at the scene and a murder investigation has been launched. They sealed off the road this morning

There were believed to be two bullet holes through the windscreen and four on the bonnet.

Armed police have sealed off the road this morning, while other officers continued their inquiries.

The area was cordoned off overnight for forensic specialists to begin examining the scene, following the shooting.

A spokesperson for South Yorkshire Police confirmed that one man had died during the shooting.

They said: ‘A murder investigation has been launched after a man was shot at a Sheffield car wash.

‘Emergency services were called to the Diamond Hand Car Wash on Burngreave Road at 6.45pm yesterday evening following reports that shots had been fired.

‘A man was taken to hospital but was sadly pronounced dead a short time later. A murder investigation is now underway.’

Police appealed for anyone with information relating to the murder to call 101. 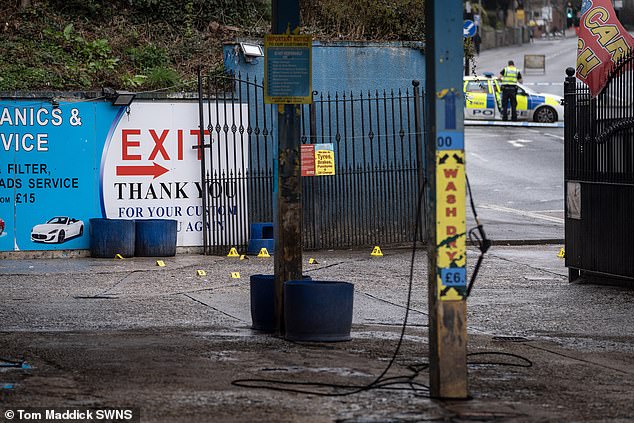 The victim was taken to hospital by emergency services but was pronounced dead a short time later. Police are investigating at the scene of the shooting

This is the second time the police have cordoned off the hand car wash following an attack at its premises.

In May 2017, witnesses reported seeing a group of men using metal bars to attack a man and smash up cars, leading South Yorkshire police to launch an investigation.

A male witness, who wished to remain anonymous, said at the time: ‘A Seat in the car wash was smashed up, and another car looked like it had tried driving off but had smashed into someone else’s car.’