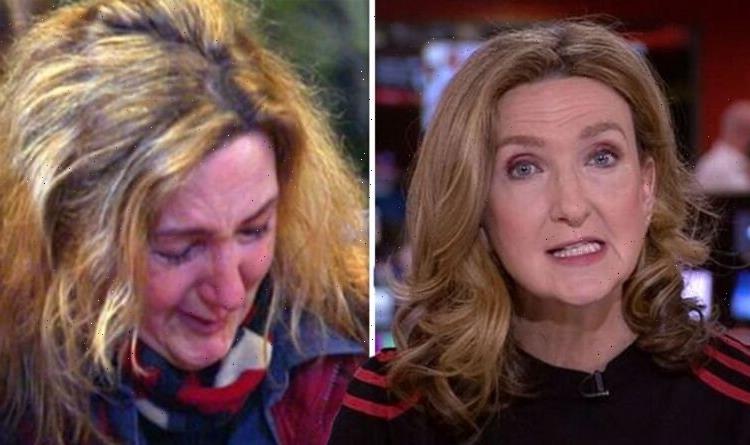 Victoria Derbyshire is late for headlines due to relatable mishap

Victoria Derbyshire has spoken of her shock the day she learnt her BBC show had been cancelled in 2020 by reading about it in the news. The star admitted she “doorstopped” producers in a bid to get answers.

Victoria’s self-titled BBC Two programme, which ran every weekday for two hours, had been on air since 2015.

It tackled hard-hitting issues including sex abuse in football coaching, a contaminated blood scandal, and women who sued over vaginal mesh implants.

It won a BAFTA in 2017 for its coverage of footballers who had been sexually abused, and Victoria won Broadcaster of the Year at the PinkNews Awards in both 2015 and 2016.

But due to a reported dwindling viewership and cost-cutting measures at the BBC, the show was axed in March 2020, sooner than planned due to the Covid-19 pandemic.

Victoria had only learnt the bad news in January, while she was reading The Times.

She was baffled – because she claimed the show was meeting its targets of getting millions of digital views and pulling in viewers who didn’t usually watch the BBC.

“I texted my immediate boss just before I went on air. No reply. I texted his boss. No reply. And then, after the programme, I received a really s***, cold message, which told me nothing, so I went to find them,” Victoria told The Guardian.

“They were in a meeting, so I basically doorstepped them.”

The star explained she cornered two directors who have since left the BBC, and they said the cancellation announcement was not intended to be released until the following week.

“I was like: ‘You’re f***ing kidding me?’ She said she was sorry it leaked out,” Victoria remembered.

“I said: ‘What about being sorry about closing the programme and the impact on the team’s jobs? It’s a disgrace.’”

Victoria added that she wasn’t angry, just “gutted” and “devastated”.

But she does not blame the BBC, only the individuals responsible.

Now, Victoria has been making waves on video sharing platform TikTok, where her informative reporting about Russia’s invasion of Ukraine has garnered more than 5million views.

Speaking on The One Show about her latest venture, Victoria said: “So I started doing videos on TikTok maybe three or four months ago, just three bits of news each day, in really clear, straight-forward simple language.

“Not patronising in any way – just explaining stuff that sometimes we assume everybody knows and they don’t necessarily.”

“I’ve got two teenage sons myself, so I know there’s an appetite for information.

“Then obviously, this conflict started in Ukraine and the views of the videos just went up and up and up, and I think maybe because people are looking for trusted sources – again, clear information.”

She added: “There are no pictures of explosions or you know, bombing or anything like that, and I’ve had so much feedback from young people saying, ‘I’ve never lived through a war before and I’m really anxious and actually, I’m grateful that you’re just saying this in a really calm, clear way with no imagery’.”