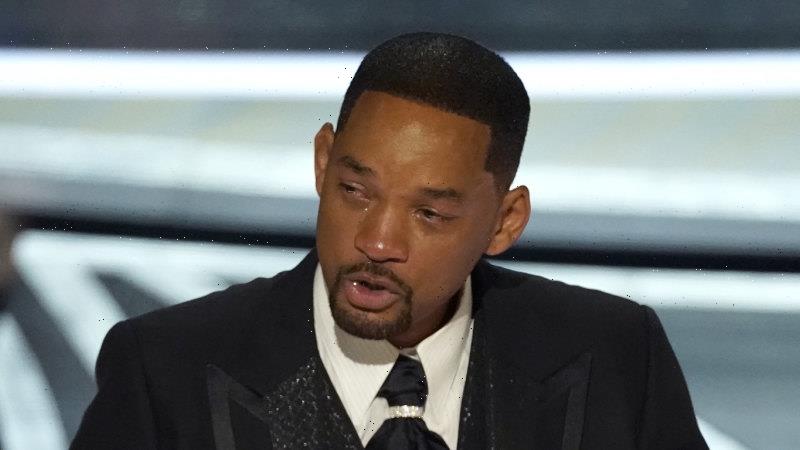 Oscar-winning actor Will Smith has apologised to comedian Chris Rock for striking him during the live telecast of the awards ceremony on Monday.

Smith, whose starring role in the film King Richard netted him the best actor Oscar, said “violence in all of its forms is poisonous and destructive”.

“My behaviour at last night’s Academy Awards was unacceptable and inexcusable,” Smith wrote in a statement released on his Instagram account. 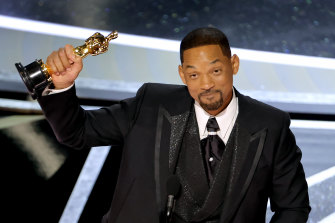 Will Smith accepts the award for best actor at the 2022 Oscars.Credit:Getty

In an incident broadcast globally, Smith walked onto the Oscar stage after Rock made a joke at the expense of Smith’s wife Jada Pinkett Smith, and struck him across the face. Returning to his seat, as the audience reacted in shock, Smith then shouted twice at Rock: “Get my wife’s name out your f—ing mouth.”

“Jokes at my expense are a part of the job, but a joke about Jada’s medical condition was too much for me to bear and I reacted emotionally,” Smith said in his apology statement.“I would like to publicly apologise to you, Chris,” Smith said, directly addressing Rock.

“I was out of line and I was wrong. I am embarrassed and my actions were not indicative of the man I want to be.

“There is no place for violence in a world of love and kindness,” the statement said. Smith also apologised to “the Academy, the producers of the show, all the attendees and everyone watching around the world … the Williams family and my King Richard family”.

“I deeply regret that my behaviour has stained what has been an otherwise gorgeous journey for all of us,” Smith said. “I am a work in progress.”

The mea culpa comes as the Academy of Motion Picture Arts and Sciences (AMPAS), the organisation which governs the Oscars, announced they would investigate the incident.

“We have officially started a formal review around the incident and will explore further action and consequences in accordance with our bylaws, standards of conduct and California law,” a separate statement from AMPAS said.

According to reports in US trade publications, the Academy’s board of governors, including president David Rubin and CEO Dawn Hudson, held an emergency meeting this morning to address the issue and growing fallout from it.