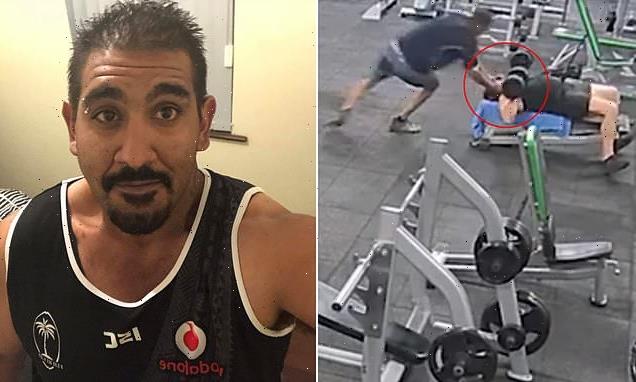 EXCLUSIVE: Inside story of how a gym junkie known as ‘Big Horse’ dropped a 20kg weight on his friend’s head and claimed it was an ‘accident’ – as his victim breaks his silence 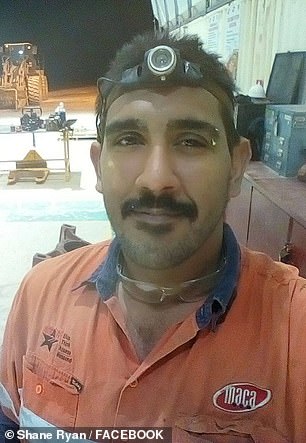 Shane Ryan (pictured), 33, is a diesel fitter who calls himself ‘Big Horse’

A gym junkie who cracked his mate’s skull when he deliberately dropped a 20kg weight on his head during a morning workout is a diesel fitter who calls himself ‘Big Horse’.

Shane Ryan, 33, attacked the man just before 4am while he was exercising at Next Level Gym in Palmerston, southeast of Darwin.

As his friend lay on a bench lifting dumbbells, CCTV footage showed Ryan pick up the 20kg weight and walk towards him, before faking an ankle injury and dropping the plate on his head.

Ryan walked away as his friend fell off the bench and put his hands to his bleeding head in agony, but he eventually returned to the scene, called an ambulance and sat with the man until help arrived.

Daily Mail Australia can reveal the pair were on good terms at least six months prior to the unprovoked incident which took place on October 22, 2020.

The victim even tagged Ryan in a gym-related social media post earlier that year, in April. 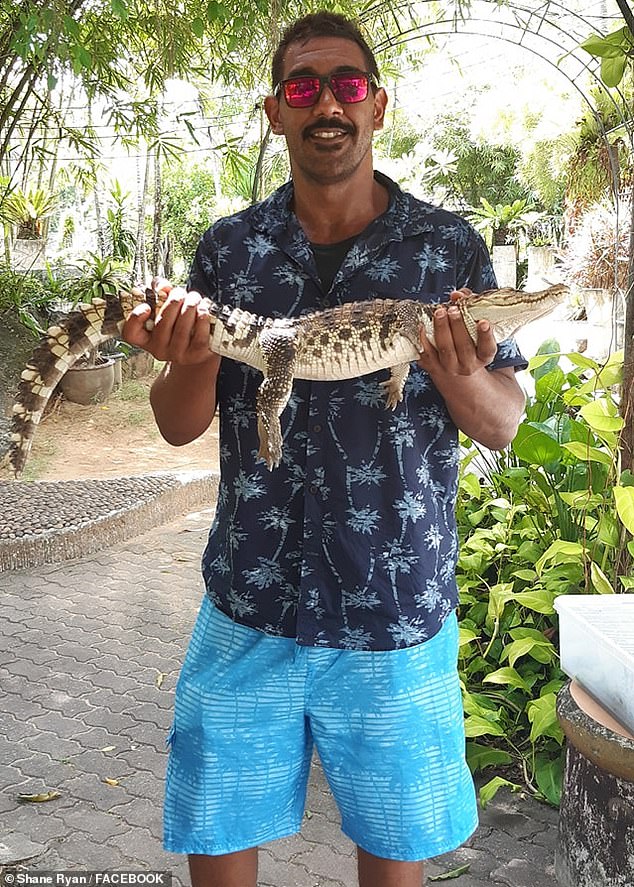 Shane Ryan (pictured holding a crocodile in Thailand) planned to fight the charges after intentionally dropping a 20kg weight on his friend’s head, but eventually pleaded guilty 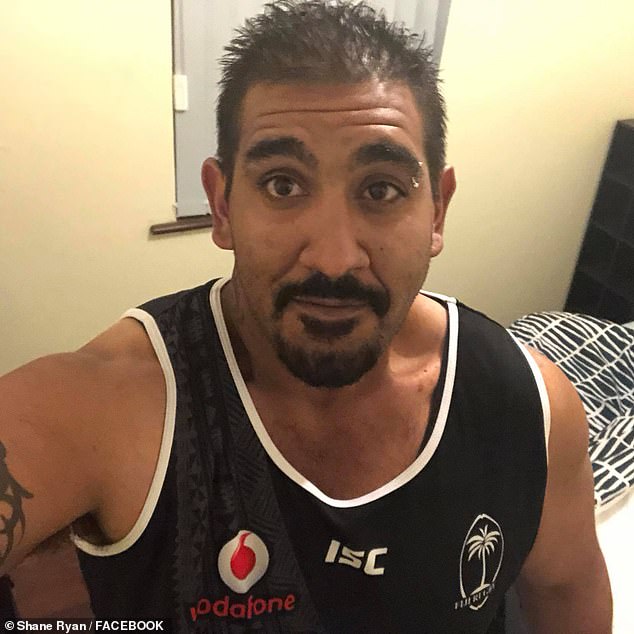 Shane Ryan (pictured) refused a mental health assessment after his arrest and would not provide any insight as to why he hurt the victim, who he was friendly with at least six months prior to the incident

Ryan initially claimed it was an accident, and planned to fight the charges, but changed his mind on the day his trial was due to begin in January. He pleaded guilty to unlawfully causing harm and was sentenced to 19 months in jail in February.

Despite his painful and traumatic ordeal, the victim told Daily Mail Australia that he didn’t want to be identified because he doesn’t want his family to worry.

‘I have not told my mum and dad about it as I did not want to stress them so don’t want to say much about it,’ he said.

According to documents tendered in the NT Supreme Court, the victim suffered a fractured skull, a cut to his eyebrow, swelling to his face, chest pain and headaches.

He later developed an anxiety disorder and has to take blood pressure medication.

A source close to Ryan told Daily Mail Australia they are ‘shocked and speechless’ by his actions, but ‘will not make any excuses for what he has done’. 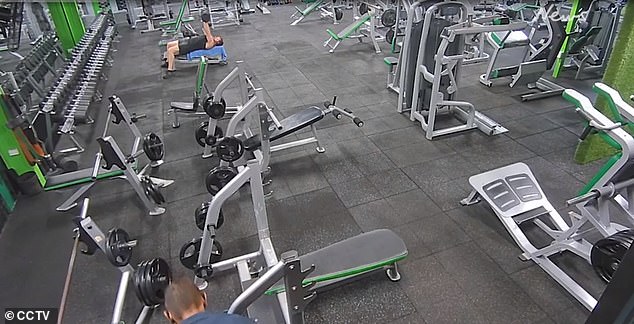 The victim was lifting dumbbells (pictured, top), unaware that Ryan (bottom left) was about to lunge at him and drop the weight on his head 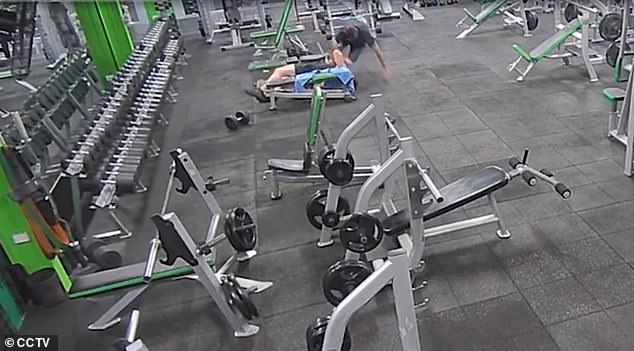 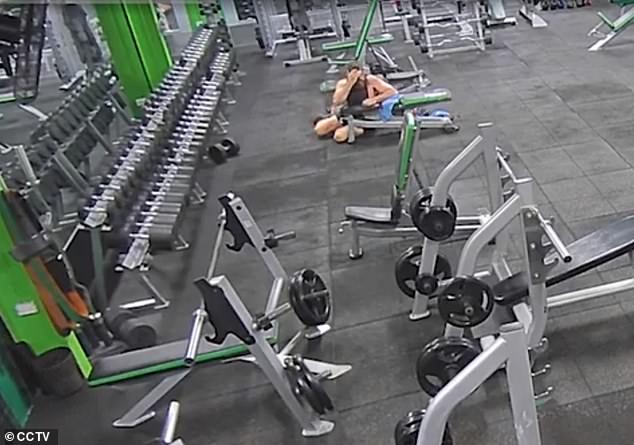 ‘He’s always been a very hard worker and I think he’s just dealing with mental health problems,’ they explained.

‘My heart is broken for the victim and his family.

‘My thoughts are with them.’

Ryan’s Facebook page has a number of self-help quotes that encourage maintaining a positive attitude and becoming a better person.

One says: ‘I will not condemn you for what you did yesterday, if you do it right today.’

Another reads: ‘Alter your attitude and you can alter your life.’

Justice John Burns told the court that relations between the men had been ‘amicable’ and ‘friendly’.

He said there was no motive for the unprovoked and unplanned attack, and noted that Ryan refused a mental health assessment. 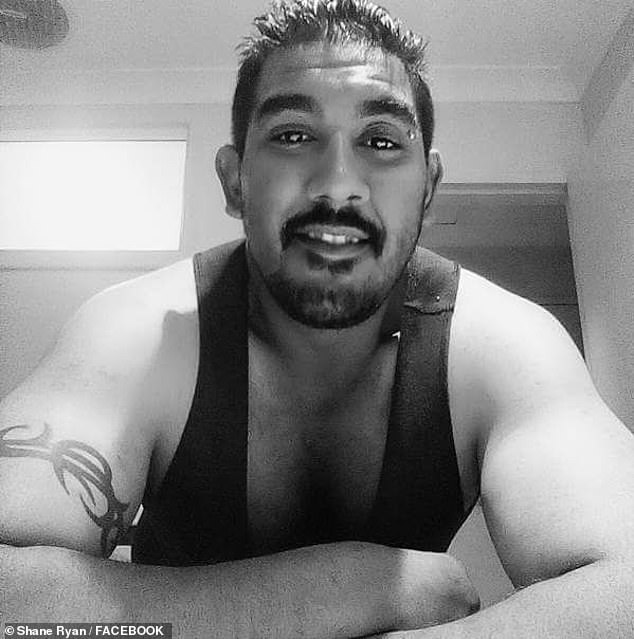 Shane Ryan worked as a diesel fitter in Darwin before the incident at the gym. A family member said their thoughts are with the victim, but would not provide any insight on Ryan’s motive 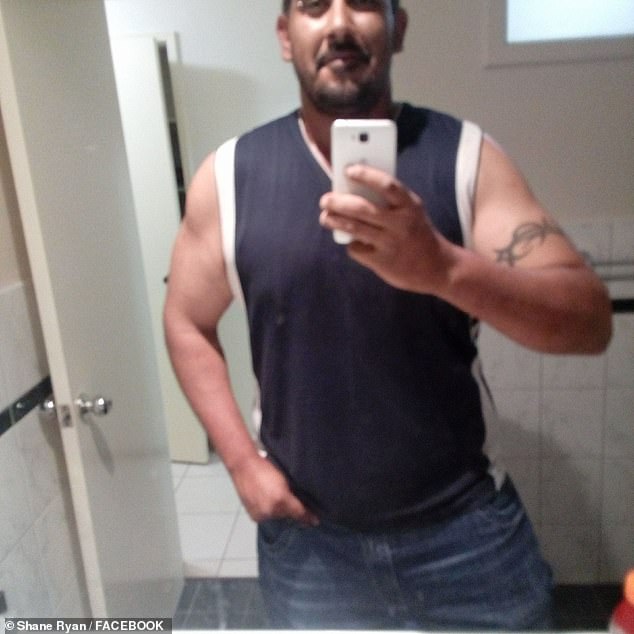 Shane Ryan (pictured) had self-help quotes on his Facebook page, promoting a positive attitude and becoming a better person

‘You and he spoke in a friendly manner on October 22, 2020, before this incident,’ the judge told Ryan in court.

‘Undoubtedly, the emotional effect of this incident on the victim has been heightened by the fact that your attack upon him was without apparent motive.’

Justice Burns said the victim was in a vulnerable position at the time – on his back with weights in his hands – and was unable to protect himself.

Furthermore, he had no reason to believe Ryan would attack him.

‘The lack of an obvious motive for you to have engaged in this offence is troubling,’ the judge continued.

He will serve at least 10 months behind bars before he’s eligible for parole.

Had Ryan pleaded guilty at the first opportunity, Ryan would have had a 25 per cent reduction in his sentence. 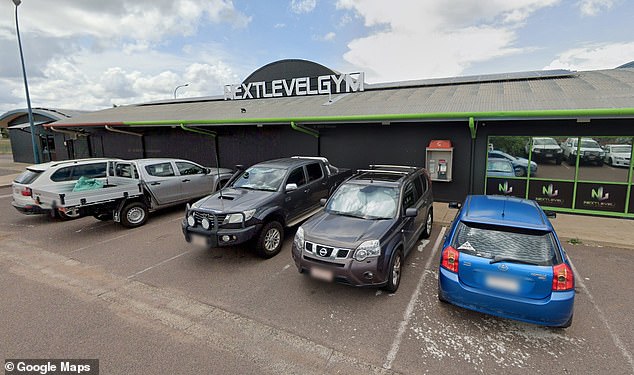