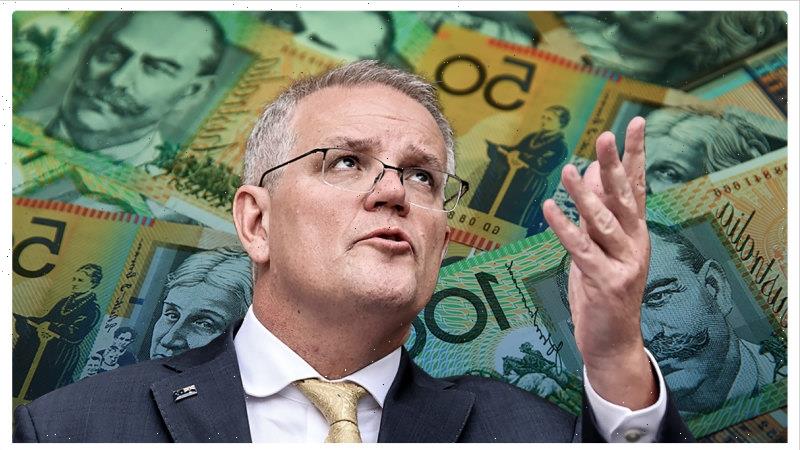 Voters will be offered $8.6 billion in payments, tax rebates and cuts to fuel excise in a wave of budget outlays timed to start during the federal election campaign, delaying budget repair in the hope of shoring up support for the Coalition.

An immediate cut to fuel excise will halve the rate from 44.2¢ to 22.1¢ a litre for petrol and diesel from midnight on Tuesday and will last for six months. The government claims it could save $300 for an average household with one car. 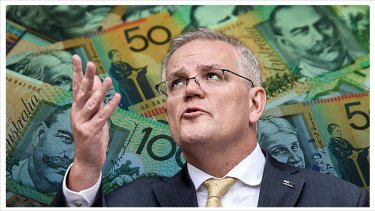 Cash payments of $250 will also flow over the next four weeks to 6 million people including those on the full age pension and pensioner concession cardholders as well as those on the carer allowance, disability support pension, JobSeeker, youth allowance and other income support.

A tax cut worth $420 will go to 10 million workers later in the year in one of the biggest surprises of the federal budget, by inflating the existing low and middle tax offset from its old rate of $1080 to a maximum of $1500 to be delivered as a tax refund after June 30.

Treasurer Josh Frydenberg rejected claims the government was trying to buy votes and denied the cut to the fuel tax – the first move of its kind since former prime minister John Howard paused indexation when facing the 2001 election – was irresponsible. 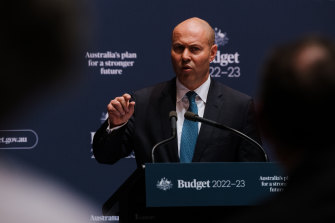 “You’ve got Australian families who think it’s a good idea to pay less at the bowser,” he said.

The Treasurer used his budget speech on Tuesday night to tell Australians the government had delivered on its 2019 election pledges to lower taxes, expand the economy and increase jobs.

“Despite the challenges, our economic recovery is leading the world,” he said in reference to the pandemic, natural disasters and the Russian invasion of Ukraine.

“This is not a time to change course. This is a time to stick to our plan.“

The three big spending measures are part of decisions that sacrifice $17.2 billion this year from a surge in tax revenue that would otherwise add $39.5 billion to the budget bottom line and lead to a faster reduction in the budget deficit.

The cut to fuel excise costs $2.9 billion, the expansion of the tax offset costs about $4.2 billion and the payment to pensioners and others costs $1.5 billion.

Despite the spending, the government expects to shrink the budget deficit from $134.2 billion last year to $79.8 billion this financial year in a significant improvement on the $99.2 billion deficit forecast last December.

Gross debt is predicted to climb to $1.2 trillion by 2026 and increase in later years, with forecasts for continued budget deficits until at least 2033 and no forecast for a surplus. But Mr Frydenberg said the budget had “turned the corner” because the debt would peak four years earlier than previously forecast.

With Labor leader Anthony Albanese telling voters that “everything is going up” except their wages, Prime Minister Scott Morrison will call the election as soon as next week on the back of a crucial forecast for stronger wage growth in the year ahead despite falls in real wages in the recent past.

The budget papers confirm the damage to incomes from inflation climbing to 4.25 per cent this year, outstripping the 2.75 per cent rise in the wage price index and leaving workers with less in real terms.

Treasury forecasts a more benign outlook for consumer prices in the year to June 2023 with inflation of 3 per cent and a wage price index of 3.25 per cent, adding to real wages.

“If we drive down the unemployment rate we will see upward pressure on wages,” Mr Frydenberg told reporters before his budget speech to Parliament.

Central to this assurance is a forecast for strong jobs growth and a fall in unemployment to 3.75 per cent in the September quarter of this year on the back of a 4.25 per cent expansion across the economy after the Delta and Omicron waves of the coronavirus.

Labor signalled a fight over the budget forecasts by claiming on Tuesday that Treasury might offer a different assessment in the pre-election fiscal outlook released by department officials, rather than overseen by Mr Frydenberg, in the opening stages of the election campaign.

While some economists have tipped inflation of about 5 per cent, the government outlook is founded on an assumption that the cut to fuel excise will reduce other costs across the economy and cut inflation by one quarter of a percentage point.

Mr Frydenberg cited the impact on inflation to defend the move on fuel but motorist groups have warned that petrol stations will not pass on the full amount.

“It will take a couple of weeks for the reduction to pass through because it depends on how long it takes for retailers to refill their tanks,” Mr Frydenberg said.

The Australian Competition and Consumer Commission will monitor petrol stations to see if they tell customers they are cutting the price but fail to do so, exposing them to claims of misleading and deceptive conduct.

But the competition regulator has found it difficult to prosecute petrol stations in the past after trying to assess profit margins.

The temporary relief on fuel prices will end on September 29, setting up a “poison pill” for whoever wins the election to see if they stick to the timetable.

Setting itself up to announce more measures during the election campaign, the government included payment measures worth $2.4 billion this year and next as “decisions taken but not yet announced” in the budget papers.

That spending will be offset by $2.9 billion in cuts to payments in the three years from 2024 to 2026, although the details are yet to be revealed.

In a similar tactical move with revenue measures, the budget has $2.4 billion in revenue decisions taken but not yet announced that would raise money over the five years to 2026, also with details yet to be disclosed.

One of the biggest revenue measures in the budget is a crackdown on tax avoidance by large companies to raise $2.1 billion in the three years to 2026, taking on Labor when Mr Albanese has been calling for tougher measures on multinationals for the past three years.

Small employers will be given more federal funding, by contrast, with $550 million to give small businesses with turnover of less than $50 million a year a bigger tax deduction on training expenses between budget night and June 30, 2024. They will be able to deduct an additional 20 per cent of the cost as long as it is incurred at registered training organisations.

A separate $1 billion program will offer small employers a “technology investment boost” so they invest in digital adoption. They will be able to deduct an additional 20 per cent on expenditure up to $100,000.