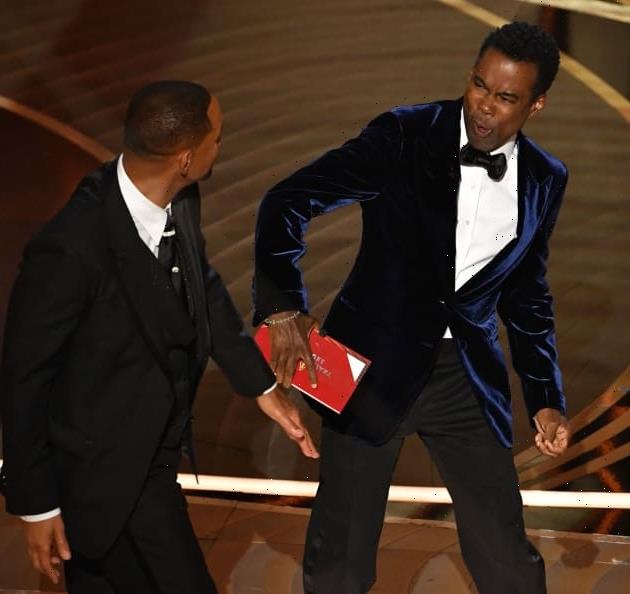 By now, you must have read about it, heard about it and almost definitely watched it.

But are you familiar with the history behind it?

Yes, on stage at the 2022 Academy Awards, Will Smith really did smack Chris Rock in the face.

He did so not long before winning his first-ever Best Actor award for his role in King Richard, and he did so after Rock cracked a joke about Smith’s wife, Jada Pinkett Smith.

“Jada, I love ya. G.I. Jane 2, can’t wait to see ya,” Rock quipped he was introducing the Oscar for Best Documentary.

Jada — whose head is shaved because she suffers from the autoimmune disorder alopecia, which attacks hair follicles resulting in bald spots and hair loss — didn’t look amused from her seat in the audience.

Smith, conversely, actually laughed pretty hard before getting up… walking over to Rock… and slapping him hard on the comedian’s left cheek.

“Oh wow,” said a stunned Rock as Smith made his way back to his seat. “Will Smith just smacked the s— out of me.”

“Keep my wife’s name out your f—ing mouth!” Smith screamed twice at Rock after taking his chair again, much to the complete shock of everyone watching in person and watching at home.

To some, this seemed like an understandable reaction from a husband defending his spouse.

To others, this seemed like a wildly inappropriate and absurd reaction to a pretty harmless and lame joke.

And to still others? This seemed like an extenstion and then culmination to a years-long feud between Rock and Smith.

The stars, you see, used to be friends.

Then, years later, he lent his voice to three Madagascar movies … along with Pinkett Smith.

“Hey, my kids listen to your kids!” Rock told Jada during a joint interview for Madagascar 3: Europe’s Most Wanted in 2012. “[Willow Smith’s] ’21th Century Girl’? Oh my god!”

But then came 2016 and Rock’s stint as host of the Academy Awards.

This was the year #OscarsSoWhite trended for weeks prior to the ceremony, as a number of critics took issue with the dearth of nominees of color —  despite there having been a horde of performers, technicians and craftspeople from which to choose.

There was even talked of boycotting the Oscars that year.

And Jada Pinkett Smith was among those who had been publicly in favor of this idea.

“What happened this year? People went nuts,” Rock said during his 2016 monologue.

“Jada said she’s not coming. I was like, ‘Isn’t she on a TV show?’ Jada’s gonna boycott the Oscars?

“Jada boycotting the Oscars is like me boycotting Rihanna’s panties. I wasn’t invited!”

Neither Will nor Jada came out and publicly castigated Rock for this remark — but insiders say they were pissed.

Seems hard to believe that this history didn’t play a role in what transpired on Sunday night.

“Oh, man. Richard Williams was a fierce defender of his family,” Smith began in his awkward acceptance speech as he got visibly emotional.

“In this business you got to be able to have people disrespecting you. And you got to smile, you got to pretend like that’s OK.”

Smith wrapped his speech with an apology, but not for Rock.

“But love will make you do crazy things. … Thank you for this moment.

“And thank you on behalf of Richard and the entire Williams family. Thank you. I hope the academy invites me back.