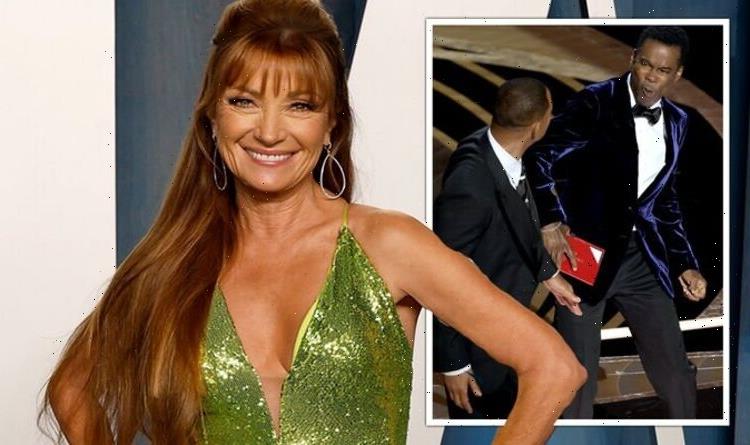 Will Smith took home the Best Actor award in Sunday’s ceremony but the moment was overshadowed by his violent outburst towards Chris Rock. The comedian took aim at Jada Pinkett Smith, seemingly making fun of her alopecia condition, leading to Will jumping on stage and hitting Chris. However, actress Jane Seymour didn’t agree with the actor’s actions.

He asked Jane’s opinion on the controversial matter and she admitted she felt Will could have handled the moment in a better way.

She said: “I don’t think there’s any reason to jump on stage and punch anybody just go, ‘Hey hey this is not cool.'”

Will slapped the comedian in the face on stage after Chris made a joke about his wife.

“Art imitates life. I look like the crazy father, just like they said about Richard Williams. But love will make you do crazy things.”

Jane wasn’t the only red-carpet star to give her thoughts on the violent outburst.

Jon Voight commented: “I know Will very well and I love him I think he’s a great man and if anybody insulted my wife I would be pretty angry too.”

“The Oscars are watched by so many people around the world and for young people to see that violence is not good.

“It was not a big thing but still it could have been avoided.”