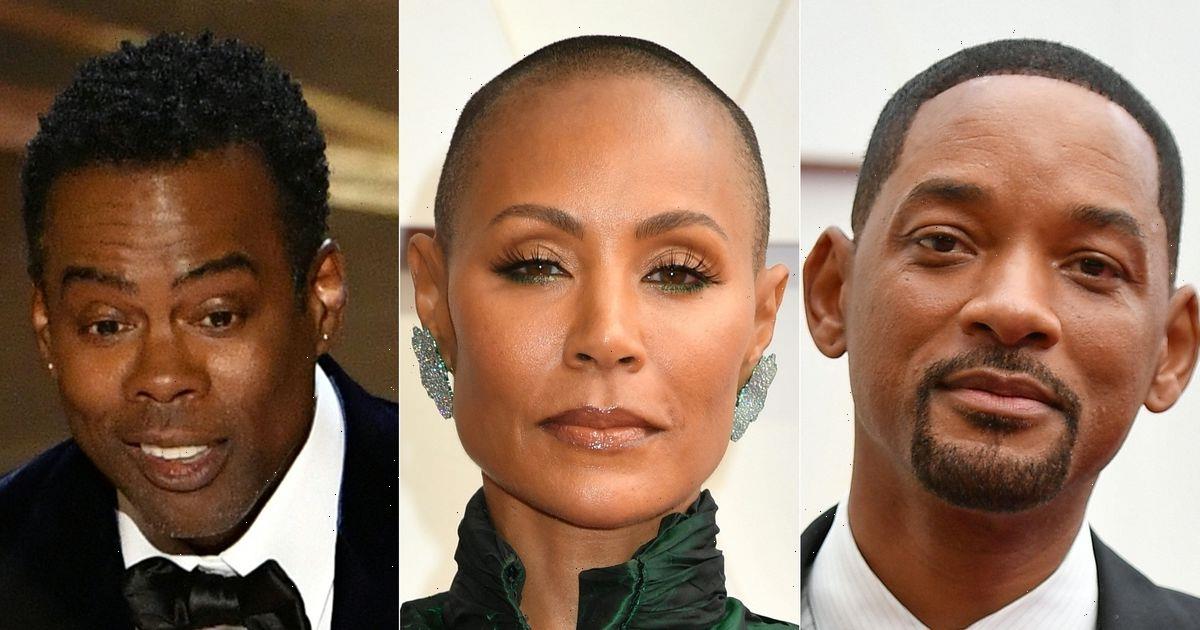 Hollywood stars such as Sophia Bush, Donatella Versace and Judd Apatow have condemned Will Smith's shocking move to hit Chris Rock over a comment made about his wife Jada Pinkett Smith during the Oscars.

Actors, musicians and movie directors have all come out in their droves reacting to the unexpected incident, which took place on live TV during the 94th Academy Awards ceremony on Sunday night.

Will, 53, made the decision to hit presenter Chris, 57, after the comedian joked he couldn't wait to see Jada, 50, in the next G.I. Jane film – a reference to the actress's bald head, which she shaved after years of suffering with hair loss condition alopecia.

While Denzel Washington, Bradley Cooper and others did their best to calm down the King Richard star in the commercial break, his later apology during the acceptance speech for Best Actor didn't do much to assuage the shock vibrating through the industry.

Chicago P.D. and One Tree Hill star Sophia commented in response to the scenes: "Violence isn’t ok. Assault is never the answer. Also? This is the 2nd time that Chris has made fun of Jada on the #Oscars stage, & tonight he went after her alopecia. Punching down at someone’s auto-immune disease is wrong. Doing so on purpose is cruel. They both need a breather."

"For people asking if her alopecia is public knowledge? Yes. She 1st spoke about it in 2018. She’s been open about it since & the Smiths/Rock have a long-overlapping circle," Sophia continued. "Hitting him was not okay. AND his 'joke' was cruel & personal. All of it, awful."

Comedian Kathy Griffin also tweeted: "Let me tell you something, it’s a very bad practice to walk up on stage and physically assault a Comedian. Now we all have to worry about who wants to be the next Will Smith in comedy clubs and theaters."

Hollywood film director and producer Judd Apatow branded Will's behaviour a display of pure out of control rage and violence".

"Seems like Will Smith's plan to get comedian and the world to not make jokes about him is not going to pan out. The Williams family must be furious. Pure narcissism," he posted on Twitter. "Also — GI Jane was gorgeous. What exactly is insulting about being compared to a ripped, stunning Demi [Moore]?"

In response to a fan saying they could understand why the Fresh Prince of Bel Air icon smacked the comedian over comments on his wife's condition, Judd was firm.

"He could have killed him. That's pure out of control rage and violence," he claimed. "They've heard a million jokes about them in the last three decades. They are not freshman in the world of Hollywood and comedy. He lost his mind."

Meanwhile, director Rob Reiner shared his own take on the situation, saying: "Will Smith owes Chris Rock a huge apology. There is no excuse for what he did. He's lucky Chris is not filing assault charges. The excuses he made tonight were bulls**t."

This Is Us and Tangled actress Mandy Moore reposted messages from other stars in the industry condemning violence and Will's justification of "love" for his actions.

While Jane Seymour and Donatella Versace spoke to Good Morning Britain from the Oscars red carpet about the incident after witnessing it from the audience.

"I feel bad for him [Will] and I feel bad for Chris Rock too," fashion designer Donatella said. "The Oscars are watched by so many people around the world and for young people to see that kind of violence is not good today. I mean not a big thing but it feels… it could be avoided."

"I just don't think there's any reason to jump on stage and punch somebody. Violence is you know… just go 'hey hey hey not cool'," Jane, 71, then offered.

Hollywood legend Jon Voight, 83, defended the Independence Day actor, as he commented: "I know Will very well he's a great man, and I love him. And if anybody insulted my wife I'd be pretty angry too."

While Kevin Costner claimed he was "backstage" at the time so didn't have much to say about the incident, and Minnie Driver expressed her concern at the situation, saying: "It's painful to see people in pain, you know, but this is Hollywood."

The Academy shared a statement after the show ended, stating it "does not condone violence of any form" on their social media platforms.

For all the latest celebrity news, sign up to our daily newsletter here.