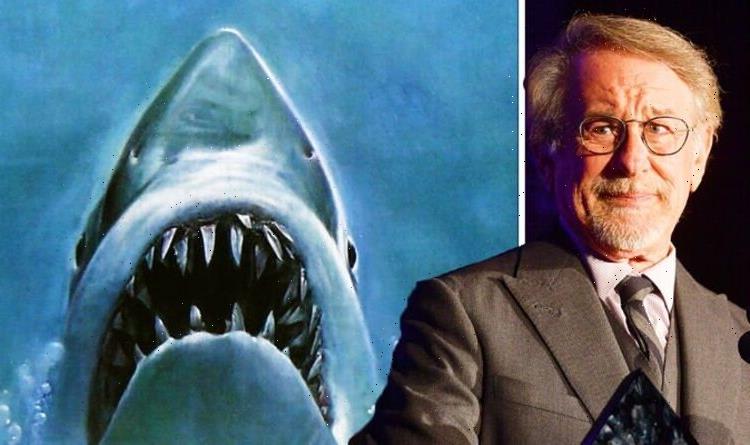 Steven Spielberg talks about his family during 2018 interview

Steven Spielberg was first introduced to the Jaws novel by Peter Benchley in 1974. The 26-year-old had just directed his debut feature film The Sugarland Express, and after a meeting with some Universal executives (and some convincing), Spielberg was on track to film the now-iconic shark movie.

But everything had to fall perfectly into place. And while the practical production of the movie created a lot of hurdles for the American director, the soundtrack was also a point of contention.

John Williams, at the time, was relatively new to composing soundtracks for movies. Although he had received some recognition from the Academy Awards, he had never really broken into the mainstream. So, when he started working on the now instantly-recognisable Jaws soundtrack, he knew he had stumbled onto something memorable.

But Spielberg was not convinced at all. Instead, when the director first heard the film’s signature “dun dun, dun dun” he thought it was all a joke.

Spielberg reportedly said: “That’s funny, John, really; but what did you really have in mind for the theme of Jaws?”

Creativity was encouraged on the set of Jaws, so Williams’ “joke” was not out of place. In fact, one of the most iconic moments in the film – the line: “You’re going to need a bigger boat” – was actually an improvisation by actor Roy Scheider.

Spielberg really wanted a soundtrack that was moody and mesmerising for the film that 67 million people in the USA would go on to see in 1975.

He later said: “I expected to hear something kind of weird and melodic, something tonal, but eerie; something of another world, almost like outer space under the water. And what he played me instead, with two fingers on the lower keys, was ‘dun dun, dun dun, dun dun.’ And at first, I began to laugh.”

Spielberg added: “[Williams] had a great sense of humour, and I thought he was putting me on.”

Williams had some convincing to do.

Williams sat down and explained his thinking behind the Jaws soundtrack to Spielberg. Eventually, the director agreed to the soundtrack.

He later recalled: “It suddenly seemed right. And John found the signature for the entire movie.” He even added: “I think the score was responsible for half of the success of that movie.”

Williams later went into detail about the minutiae of the film’s score.

Williams said he wanted to create a score that could keep up with the film’s action. He explained: “You could alter the speed of this ostinato [a repeated musical rhythm]; any kind of alteration, very slow and very fast, very soft and very loud. There were opportunities to advertise the shark with music. There are also opportunities when we don’t have the music and the audience has a sense of the absence.”

He also revealed how he “conditioned” the viewers with his music throughout the movie to create further suspense.

Williams continued: “[Viewers] sense the absence because they don’t hear the ‘dun dun’ because you’ve conditioned them to do that. The absence of the music cue leaves viewers shocked when the shark pops up out of the water.”

Together, Spielberg and Williams made the first “real summer blockbuster”. It won three Oscars: Best Film Editing, Best Original Dramatic Score and Best Sound. Jaws was also nominated for Best Picture but lost out to One Flew Over the Cuckoo’s Nest.