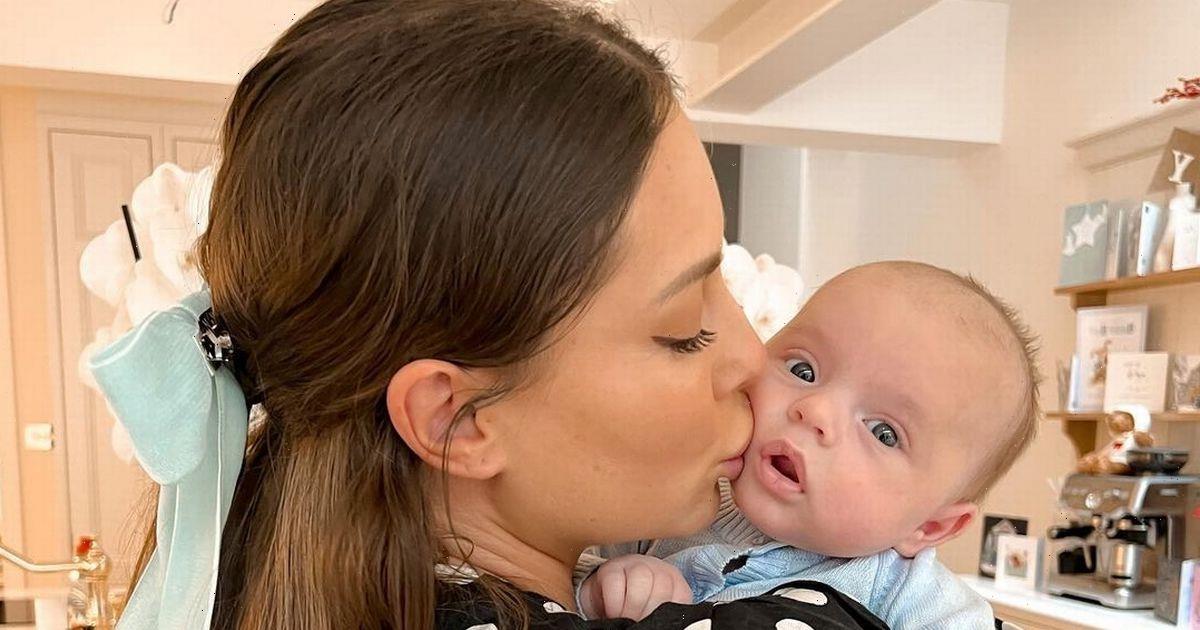 Louise Thompson has had her family come around to spoil her as she turned 32 on Saturday 26 March, one day before Mother's Day.

The former Made In Chelsea star, who recently shared her horror as her teeth and gums went black after the traumatic birth of her child, took to her Instagram stories to share a glimpse into her special day with brother Sam, 29, fiancé Ryan Libbey, 31, and their son Leo.

The reality star started her day off with a topless Sam, who recently ended up in hospital after suffering a hernia in his stomach, singing Happy Birthday to her as he enjoyed a bowl of salad in his dinosaur-themed pyjama bottoms. "My brother is basically spike," Louise joked.

Sam appeared to choke on his salad for a moment as Louise said: "That was great. Sam, are those Zara's pyjamas?" to which he responded: "They're mine, dinosaurs."

Meanwhile on Sam's Instagram, Louise could be seen dressed in a turquoise T-shirt with navy trousers as a woman behind her combed through her hair.

"32 and feeling new!! Her new name is old bat!!" Sam wrote over this with three crying with laughter emojis. "You're old!" he then jokingly shouted in her face before adding: "It's your birthday. 32 years of age. She's getting the greys fanned out. I'm now going to call your old bat. You're the old bat."

"I like bats," Louise responded, as Sam continued: "And you're now, by the way, a fully fledged Karen."

Back on her own Instagram stories, Louise shared a sweet clip of her dog with a bouquet of gorgeous tulips, while another snap showed a second arrangement of flowers.

For her birthday, Louise also had a plate full of colourful cupcakes, including one that said "Mum" on top of it.

She then shared a sweet boomerang of her husband-to-be Ryan, with their son Leo strapped around him, working on a salad in the kitchen. "Our superstar daddy in action @ryan.libbey," she wrote over this.

Following this, Louise shared a sweet salt and pepper shaker in the shape of Brussels sprouts that she bought herself for her birthday.

As her birthday continued, she shared a balloon arrangement with one at the top that had her son's face imprinted on the front, which had writing around it that said: "Happy Birthday Mummy! I love you".

For all your updates on Louise Thompson, sign up to our daily OK! newsletter.