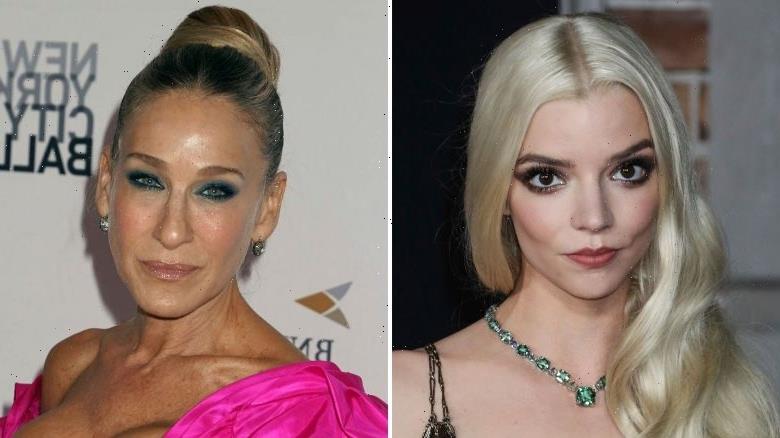 A little Carrie Bradshaw binge can make a “Big” difference.

“The Northman” star Anya Taylor-Joy admitted to comfort-watching “Sex and the City” following a “horrible break-up.” And “The Witch” breakout actress even felt compelled to confide in “SATC” icon Sarah Jessica Parker about just how much the Carrie and Mr. Big relationship meant to her.

“I was not a good dater and I’m quite glad to not be. I hear stories from my friends and I’m like, ‘God, I would suck at that,’” Taylor-Joy told British Vogue. “I remember when I met Sarah Jessica Parker, I was going through a horrible break-up, and I went up to her and I was like, ‘I need you to know that I’m watching you and Big and it’s giving me hope.’”

Taylor-Joy continued, “And she was like, ‘That things will work out?’ and I said, ‘No! That this will end and I will finally move on!’ She was like, ‘Oh, shit. Sorry.’”

Taylor-Joy previously told Total Film that “The Northman” relies on its authenticity, from costuming to the harsh landscape — plus real-life Viking experiences.

“I’m not a complainer, and Rob [Eggers] and [cinematographer] Jarin [Blaschke] know that, but there was one day when the mud was up to my knees, and it had frozen overnight, and I’m barefoot,” Taylor-Joy recalled. “It had got to a point where I think just squeaked out, ‘Please!’ And they were like, ‘Oh, OK, it’s bad. It’s really bad. We need to get this done. If Anya’s saying, ‘Can we please roll? I can’t stand here any longer…’”

Taylor-Joy is also leading “Mad Max: Fury Road” prequel “Furiosa,” playing the younger version of the titular character originated by Charlize Theron in the 2015 George Miller installment. The “Last Night in Soho” alum has plenty more projects in the works, as she’s slated to additionally collaborate again with “The Queen’s Gambit” showrunner Scott Frank for the adaptation of “Laughter in the Dark,” as well as join the untitled David O. Russell feature alongside Robert De Niro, Margot Robbie, Chris Rock, and more.

At least now we know that those few moments when Taylor-Joy has a break, or just as she’s feeling “down and out about love,” a “Sex and the City” re-watch is underway. As for “And Just Like That,” we can only assume Taylor-Joy is primed for the second season.