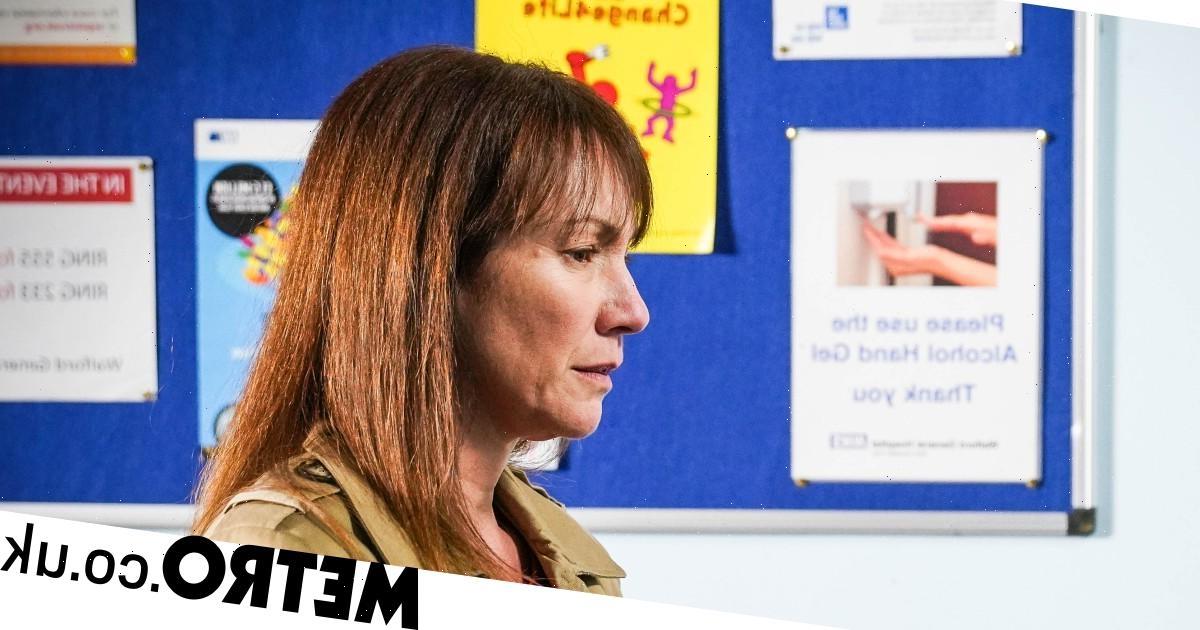 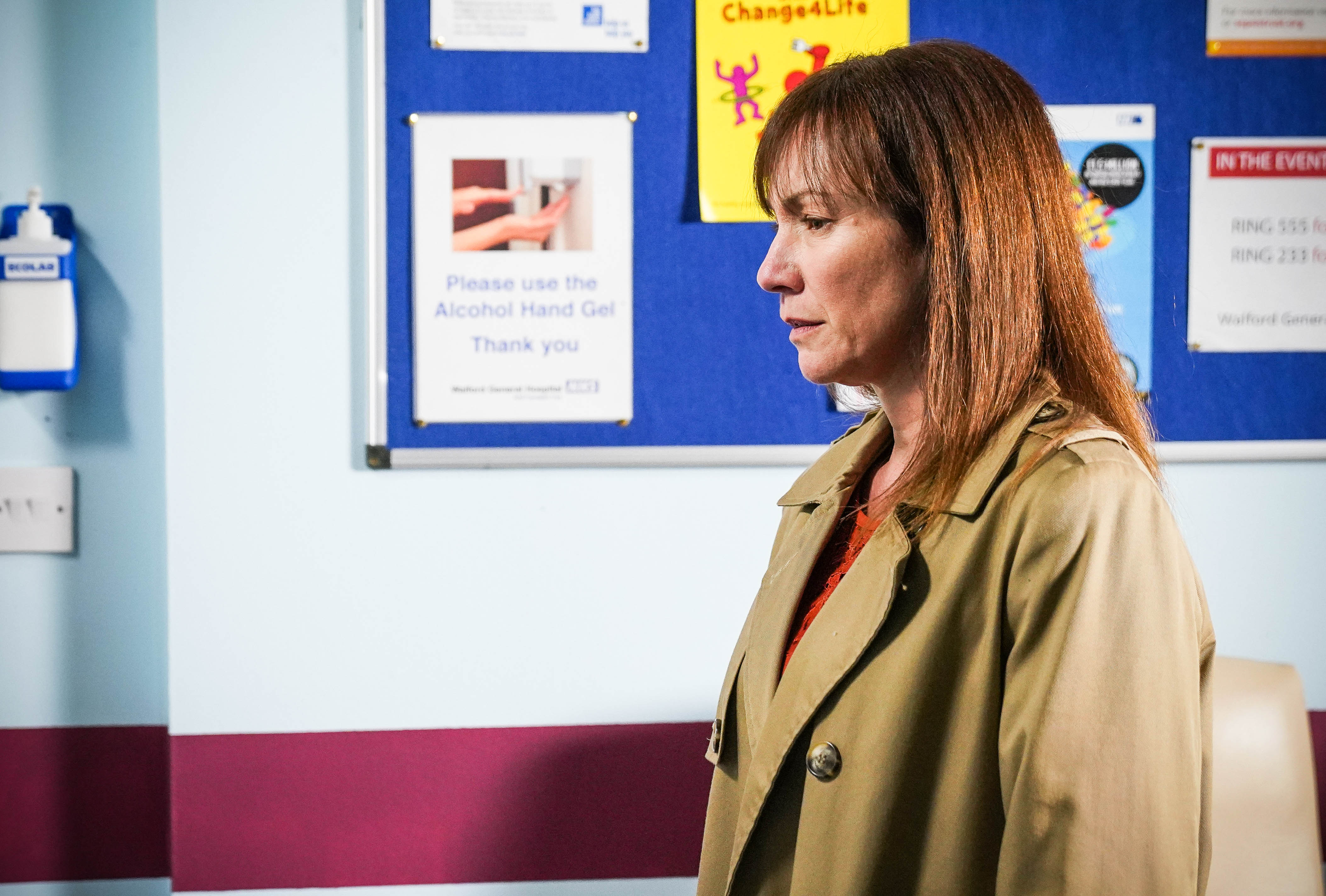 Rainie (Tanya Franks) has certainly turned her life around in EastEnders. From being a drug addict and prostitute – who remembers the seedy scenes way back in 2010 when Rainie and Phil (Steve McFadden) were both crack addicts? – she’s now an upstanding pillar of the community, funeral director and devoted wife to Stuart (Ricky Champ).

She’s apparently put her struggles with drugs and alcohol behind her, but all that could be set to change in upcoming episodes as she’s overwhelmed by some terrible news about Stuart’s cancer – and contemplates drowning her sorrows in vodka.

The upsetting scenes come after Rainie and Stuart attend a medical appointment, only to be told that in delaying his cancer surgery to try a path of alternative therapy, Stuart’s cancer has grown and he now needs surgery urgently.

Stuart is still insistent that he won’t have surgery and is still convinced he can beat the disease by taking supplements.

Rainie knows her husband is deceiving himself because he’s scared of the surgery and any pain medication he’d be prescribed afterwards, and she also knows that if he can’t be persuaded to change his mind she’s going to lose him.

It’s in the depths of despair over this that some alcohol-fuelled oblivion seems to be the obvious answer – but will Rainie give in to temptation?