Netflix is continuing its push into gaming with an acquisition of independent developer Boss Fight Entertainment.

The company, founded in 2013 by David Rippy, Bill Jackson and Scott Winsett, operates studios in Allen and Austin, Texas and Seattle. It's best known for the mobile game Dungeon Boss, in which players collect and build teams of powerful heroes to defend their dungeons from raids.

"This studio’s extensive experience building hit games across genres will help accelerate our ability to provide Netflix members with great games wherever they want to play them," Netflix vice president of game studios Amir Rahimi said in a statement.

The streaming giant first announced plans to ramp up its gaming business in July 2021 with the hiring of Mike Verdu, the former vice president of content for Facebook Reality Labs. In addition to Boss Fight Entertainment, Netflix acquired Night School Studio in September and Finland's Next Games earlier this month. 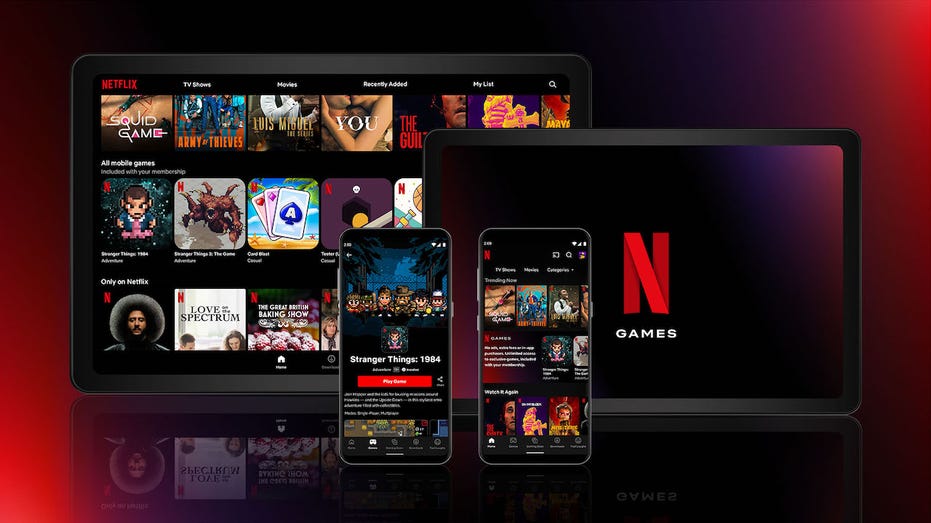 Netflix is continuing its push into gaming with an acquisition of independent developer Boss Fight Entertainment.  (Netflix / Getty Images)

Netflix's current gaming titles on iOS and Android include "Stranger Things: 1984," "Stranger Things 3: The Game," "Shooting Hoops," "Card Blast" and "Teeter Up." The games, which are included with Netflix subscriptions and come with no ads or additional fees or in-app purchases and can be played on multiple devices within the same account. They are not available on kids' profiles.

"Boss Fight’s mission is to bring simple, beautiful, and fun game experiences to our players wherever they want to play," Rippy, Jackson and Winsett said in a joint statement. "Netflix’s commitment to offer ad-free games as part of members’ subscriptions enables game developers like us to focus on creating delightful game play without worrying about monetization.  We couldn’t be more excited to join Netflix at this early stage as we continue doing what we love to do while helping to shape the future of games on Netflix together."

The deal comes as Netflix is looking to boost subscriber growth and stay competitive against rivals Disney+ and Amazon Prime Video. As of the end of the 2021, Netflix continues to dominate the streaming space with a total of 221.8 million total subscribers worldwide. The company's subscription plans range between $9.99 and $19.99 per month.

The latest acquisition comes after Amazon closed its $8.45 billion acquisition of Metro-Goldwyn-Mayer Studios, which will add more than 4,000 film titles and 17,000 TV episodes to Prime Video's catalog of content. Meanwhile, Disney has teased plans to introduce a cheaper, ad-free version of its streaming service as it looks to achieve its long-term target of 230 million to 260 million Disney+ subscribers by 2024.

In addition to competing with Disney and Amazon, Netflix will fight for dominance in the gaming space with heavyweights Microsoft and Sony Corporation.