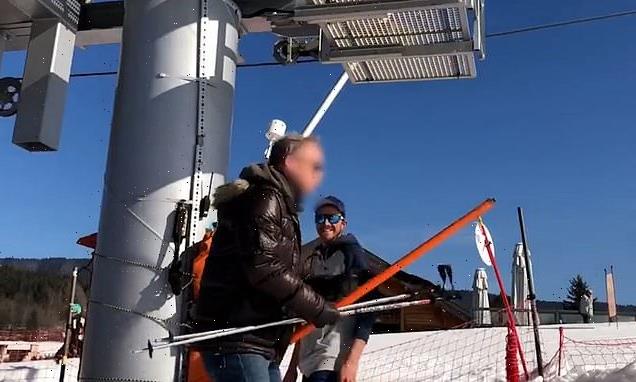 This is the hilarious moment a ski lift operator pranked a skier as he waited to be pulled up a mountain in France.

Footage filmed on March 3 shows the unsuspecting skier shuffling up to the drag lift in Corrençon-en-Vercors, southeastern France.

As he slowly approaches the bottom of the lift he looks behind him to try and intercept a pole.

One passes him by and looks towards the ski lift operator as if to ask for some assistance. 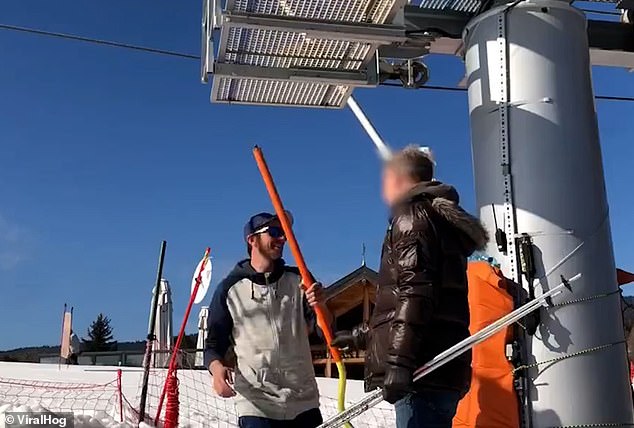 The ski lift operator in Corrençon-en-Vercors, southeastern France, sees an opportunity to have a bit of fun with a skier and has a pole that isn’t attached to the lift 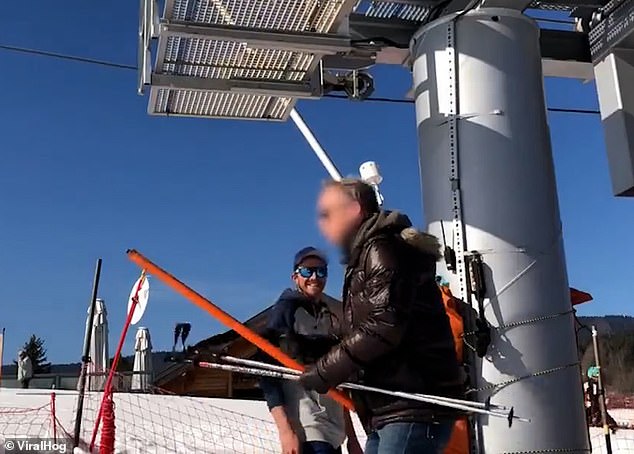 The ski lift operator sees this as his opportunity to have a bit of fun and passes over a pole which isn’t attached to the lift pulley.

The skier eagerly grabs the pole and places it between his legs, ready to be dragged up to the top of the piste.

But when he leans back onto the button seat, there is no jerk forwards and he finds himself standing still, holding onto the pole.

He looks behind him before the ski lift operator bursts out laughing at his own prank.

The ski lift operator then grabs an attached lift pole and passes it to the skier and he starts moving up the mountain.

It’s not the first comic moment involving these type of lifts, which can be difficult for novice skiers to negotiate. 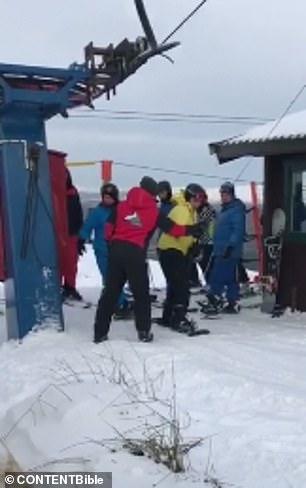 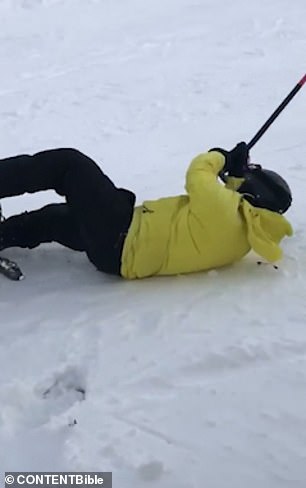 A snowboarder in a yellow jacket first tries to grab hold of the lift, before falling over in just a matter of seconds in a video from 2019

In 2019 three Scottish men were caught on camera making fools of themselves while trying to grab hold of a drag lift.

One snowboarder in a yellow jacket first tried to grab hold of the lift, at an unknown location, before falling over in just a matter of seconds.

His friend filming him at first encouraged him, saying ‘keep going!’ before cackling with laughter as the snowboarder unceremoniously fell over.

The next two men in the trio fared no better when they stepped up to the plate.

Neither of them made it more than a yard before falling over to howls of laughter from their friend filming the ordeal.