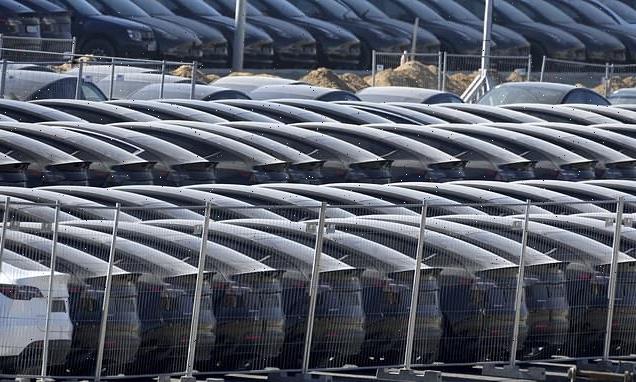 The amount the Treasury raises from fuel duty is being reduced by the faster-than-expected take-up of electric vehicles, forecasters warn.

It means ministers will have to find new ways to raise revenue, such as charging drivers per mile.

The Office for Budget Responsibility said faster take-up will slash £1.4billion a year from fuel duty receipts by 2026/27. It now predicts electric vehicles will make up 59 per cent of all new vehicle sales by that year – up from the previous forecast of 29 per cent.

It said the largest long-term cost of decarbonisation is loss of motoring tax revenue.

Efficiency gains in fossil-fuel vehicles and the shift to hybrids had already affected tax receipts, but the shift to electric vehicles ‘appears to be progressing more quickly than we had anticipated’, it added.

It said: ‘The largest single long-term fiscal cost of successful decarbonisation is the loss of revenue from motoring taxes as the vehicle stock moves from petrol and diesel engine vehicles to battery-powered electric vehicles (EVs), which pay no fuel duty or vehicle excise duty.

‘In 2021, 11.6 per cent of cars sold were EVs compared to our October 2021 forecast of 9.5 per cent, as the share surged in the final months of the year. And the share of EVs in total car sales has repeatedly surprised us to the upside in recent years.’

The spring statement document added: ‘We have therefore revised up the assumed path of the EV market share significantly. The share of EVs in new sales now reaches 59 per cent in 2026/27, up from 29 per cent in our October forecast.’