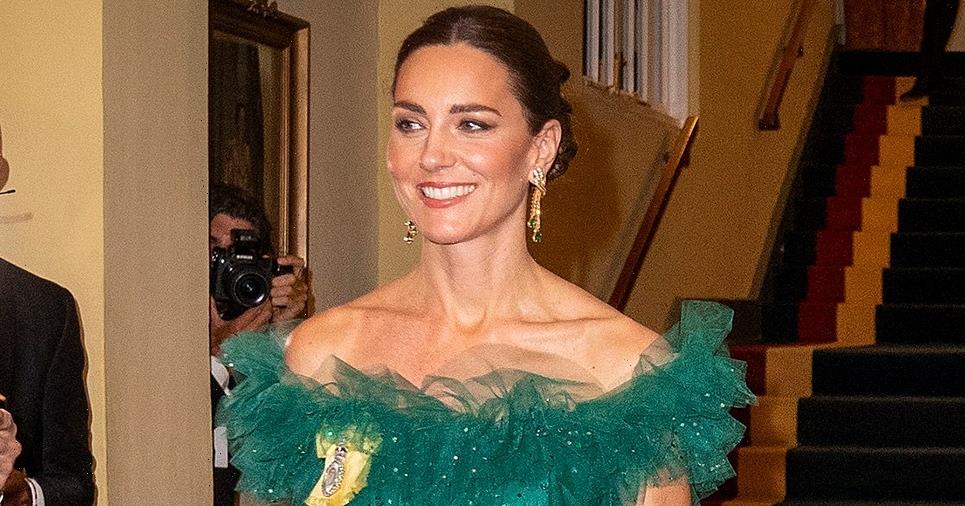 Touching tribute. While Duchess Kate has stepped out in stunning ensemble after stunning ensemble during her royal tour of the Caribbean, her latest look, a Jenny Packham emerald dress, is hands-down her best yet.

And get this: the 40-year-old royal honored both Princess Diana and Queen Elizabeth with her outfit, which she wore to a dinner in Jamaica. The gorgeous, jewel-toned hue was an obvious nod to the country’s flag, but royal style watchers also pointed out that the dress was reminiscent of a look the late Princess of Wales previously wore.

For her official engagement portraits, which were taken in May 1981 by Lord Snowdon at Highgrove House, Princess Diana wore a Nettie Vogues taffeta dress in the same emerald tone. The late royal went on to rewear the dress numerous times. 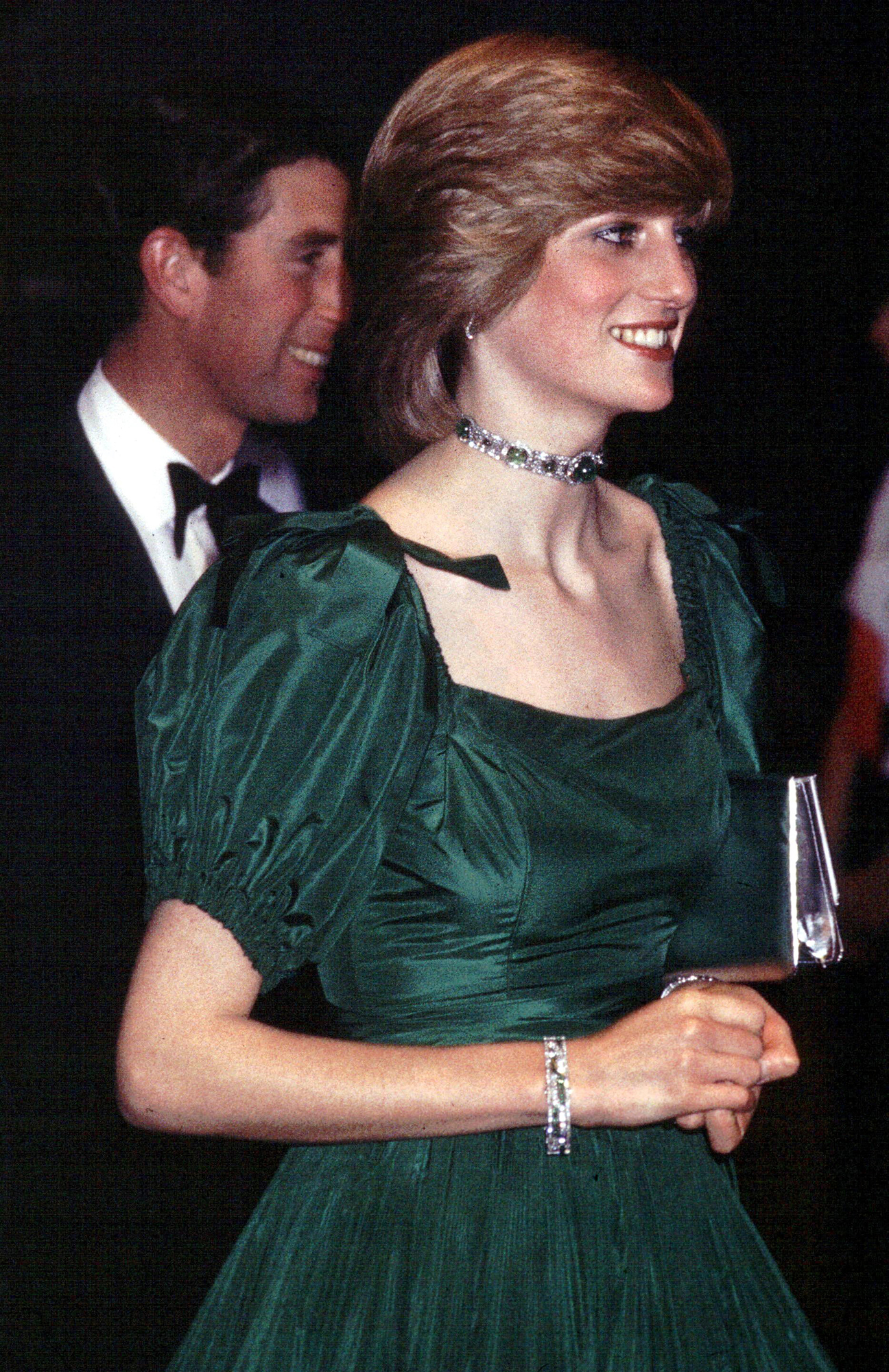 Royal style watchers quickly picked up on the look-a-like moment, taking to Twitter to share their observations. “This dress reminds me of something Diana wore,” a user wrote, while another added, “Kate! Is wearing a new dress! Remember DIANA! All about the dress!” someone else wrote.

Duchess Kate’s jewelry also held a special significance. Her earrings and bracelet were both on loan from the Queen. The Queen previously wore the stunning gems when she hosted Barack and Michelle Obama for dinner in May 2011.

The Hold Still author also wore the Royal Family Order of Queen Elizabeth on her bodice, which features a portrait of the monarch. Then, on her waistline, the duchess fastened the Dame Grand Cross of the Royal Victorian Order.

This subtle nod to the crown didn’t go unnoticed either. “Absolutely wonderful. How beautiful, without a doubt, the best future queen. The Crown Jewel,” someone tweeted. “I thought nothing could top the gold dress moment,” user wrote, referencing the gown the royal wore to the No Time to Die premiere. “Absolutely loving this. Shook. And the Queen’s jewels to boot!”

While this emerald look will no doubt go down in history, the royal has had a handful of fabulous style moments since kicking off the tour of the Caribbean earlier this week.

Upon touching down in Belize, the royal donned a Jenny Packham royal blue skirt suit that was a nod to the country’s flag. She continued her colorful outfit streak, steeping out in floral dresses, bright yellow numbers and even orange tops.