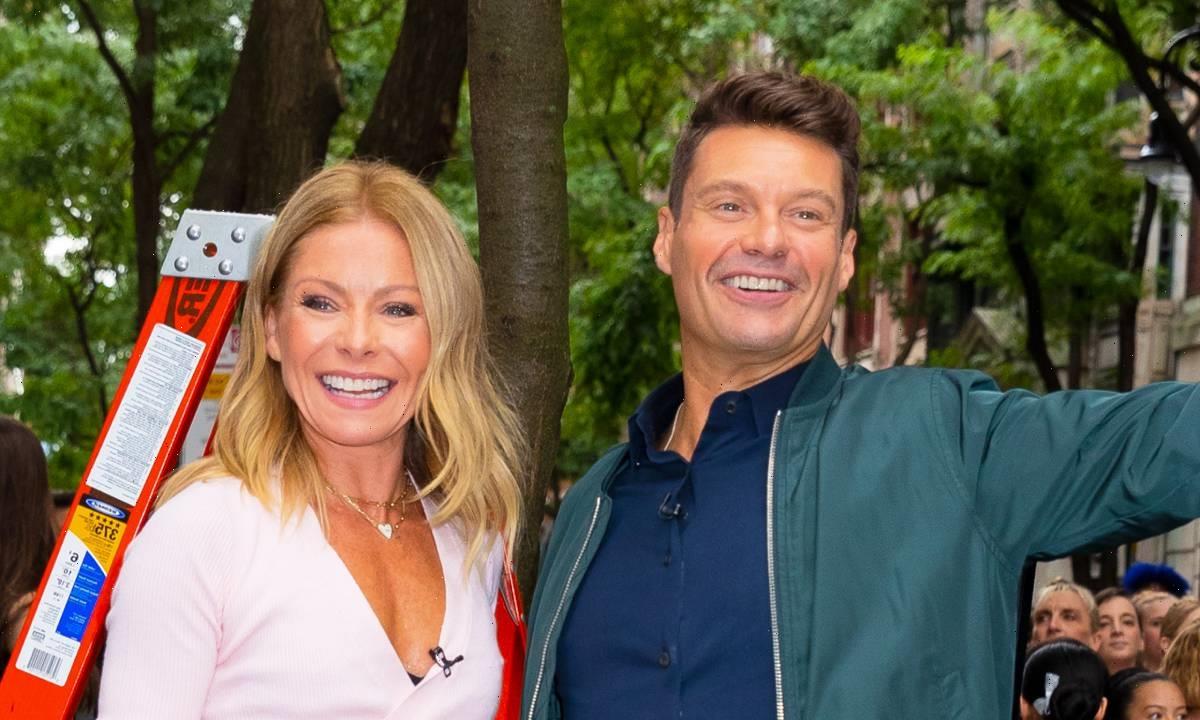 Kelly Ripa never puts a foot wrong when it comes to her appearance and appears on Live with Kelly and Ryan each morning looking flawless.

And on Wednesday’s show, the star proved she didn’t have to do much at all to receive compliments from her co-star Ryan Seacrest.

During a fun exchange at the beginning of the show, Ryan quizzed the Hope and Faith actress on whether she had a new hairstyle.

“I think it’s a whole new do,” he revealed, before Kelly explained that it wasn’t a new hairstyle, she simply had styled it to the side.

MORE: Kelly Ripa reveals incredible transformation ahead of the Oscars

“You’d think I’d changed my hair every time I part it to the side,” she replied. “How easy for you then,” Ryan responded.

“I’m a whole new person when I turn my hair to the side,” she joked. “It’s always a great day when it’s parted to the side,” Ryan added.

MORE: Kelly Ripa’s jaw-dropping foyer inside $27million NY townhouse will give you chills

The former All My Children star had a collection of adorable pictures of her two dogs, Lena and Chewie, which she showed Ryan and viewers at home.

She joked that her husband Mark Consuelos had a favorite dog, the youngest one, Lena, joking that it was typical that she got the most attention. “The old lady has been replaced by the younger model,” she said.

Kelly and Ryan have been working on Live together since 2017

Ryan, meanwhile, shared pictures of his pet pooch Georgia, sharing a sweet throwback of her as a puppy, and then a recent video of Ryan trying to get her to smile for the camera.

Kelly and Ryan have been hosting Live together since 2017. The American Idol judge took over the role from Michael Strahan, who left the ABC daytime show to join Good Morning America full-time.

Kelly and Ryan love working together

Kelly has been hosting Live since 2001, and has had a number of co-stars over the years. The mother-of-three first joined the programme to host alongside the late Regis Philbin.

When Regis left in 2011, Kelly hosted the programme alone between 2011 and 2012 – with the name being changed to Live with Kelly. This happened again between 2016 and 2017 during the period of time between Michael leaving and Ryan joining.

Kelly and Ryan have incredible on-screen chemistry and are a huge hit with viewers.