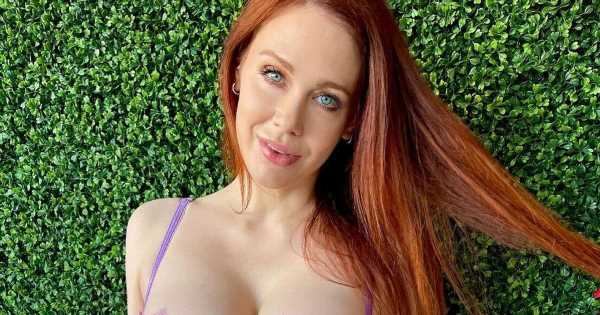 The adult star took to her Instagram page to thank fans for their support with the book, as she revealed it has topped Amazon's pre-sale list.

The 44-year-old, who first found fame by appearing in TV sitcom Boy Meets World, revealed she was penning the book back in May last year.

It is being published by Simon & Schuster.

Taking to Instagram this week, Maitland told her 1.7million followers: "I'm so happy! You guys first made me #1 on Amazon for all presales & now I’m getting reports back you are rushing the sale at @barnesandnoble!

"You can use my @simonandschuster link in my bio, or go direct to their site and use code: PREORDER25!

"Thank you to everyone for buying my book before it comes out!! I appreciate you so much!!"

Maitland teased fans by sharing some steamy topless snaps alongside the caption.

She was seen posing in just a pair of lace knickers as she hid her assets behind a nude-coloured curtain.

Talking about the memoir back in May, Maitland said that penning the book was one of the 'proudest moments' of her career.

She said: "This is one of the proudest moments of my career."

"I'm so thrilled that I get to share my life and story in such a unique and impactful way."

"I am beyond grateful to Simon & Schuster and Atria books for having belief in my writing and my voice."

The book's senior editor, Michelle Herrera Mulligan, added: "Maitland’s witty, incisive voice drew all of us in from the first page.

"Her rare perspective on the sexism she experienced first-hand in Hollywood, and the liberation she’s found in women-produced adult entertainment, will inspire, shock, and inform a generation eager to learn her story."

In her first year in the adult industry, she won Best Supporting Actress at the 2020 AVN Awards.

She also runs her own OnlyFans account, with her previously revealing she makes six figures a month on the raunchy site.