SINGING Chelsea Pensioner Colin Thackery is the bookies’ favourite to win the live final of Britain’s Got Talent on Sunday night.

Life for the 89-year-old has become a whirlwind of telly interviews and rubbing shoulders with the likes of Simon Cowell and David Walliams since winning over the nation’s hearts with his semi-final performance of Vera Lynn’s We’ll Meet Again. 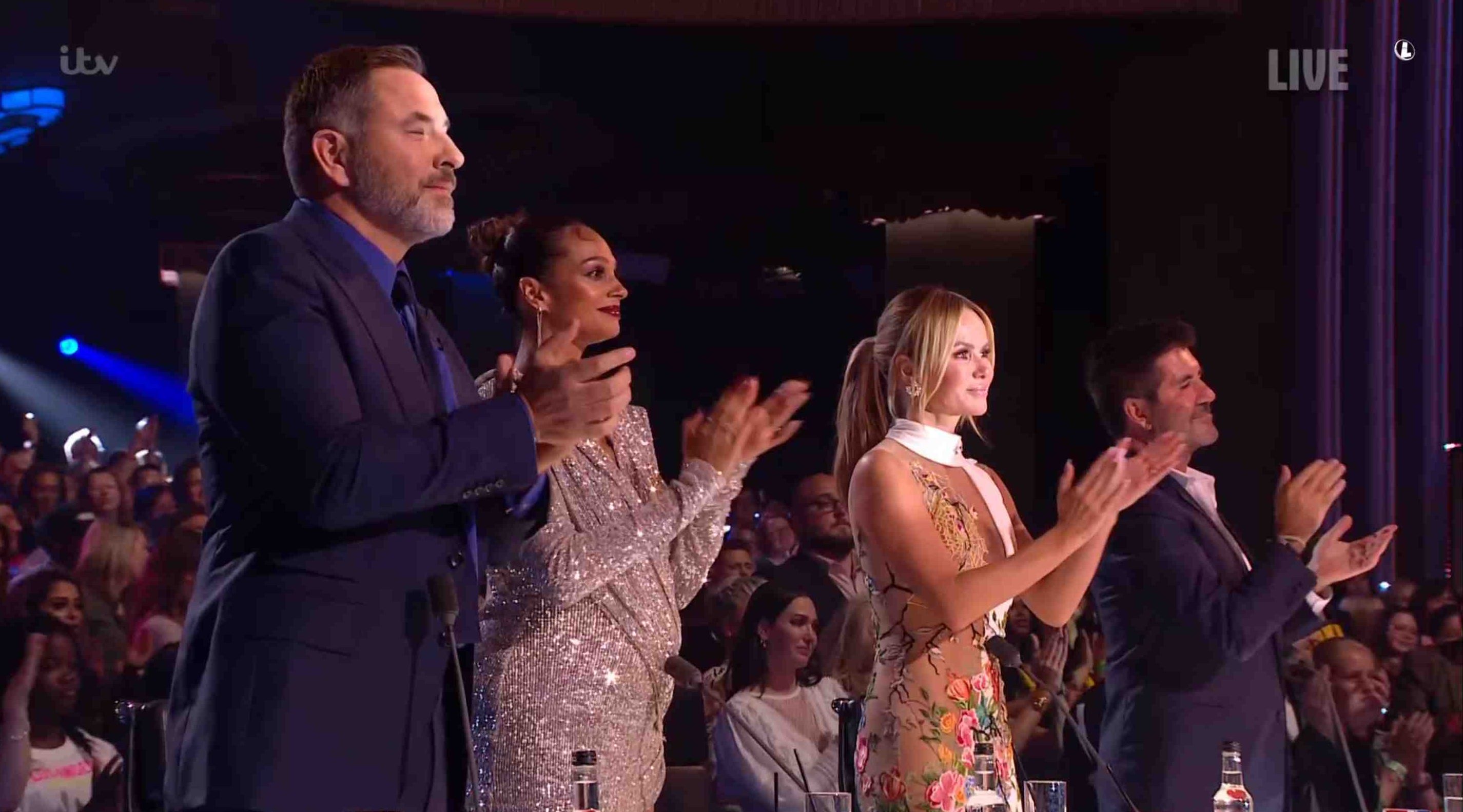 But on stage tomorrow in front of millions of viewers, former Royal Artillery soldier Colin will be thinking of only one woman — his late wife Joan.

The grandfather of four, who yesterday had odds of 4/5 to win, said: “I know Joan would have been very proud of me. She had a very fine alto voice and we would sing together all the time.

“Now she is gone I sing to her and her pictures. When I have been on stage singing, I have been singing for her. Music helped me cope after her death and I take great comfort in it now still.”

Joan passed away in December 2016 after 66 years of marriage. The couple met at a dance in 1949 and married shortly afterwards.

Just two weeks after their wedding, Colin was shipped to the front to fight in the Korean War, before being posted to Hong Kong, where Joan joined him after two years.

Music and singing was a big part of Colin’s military life.

On tour in Korea he would sing to his fellow troops to keep spirits high when they were missing home.

He explained: “I sung while I was in the Army to keep morale up. 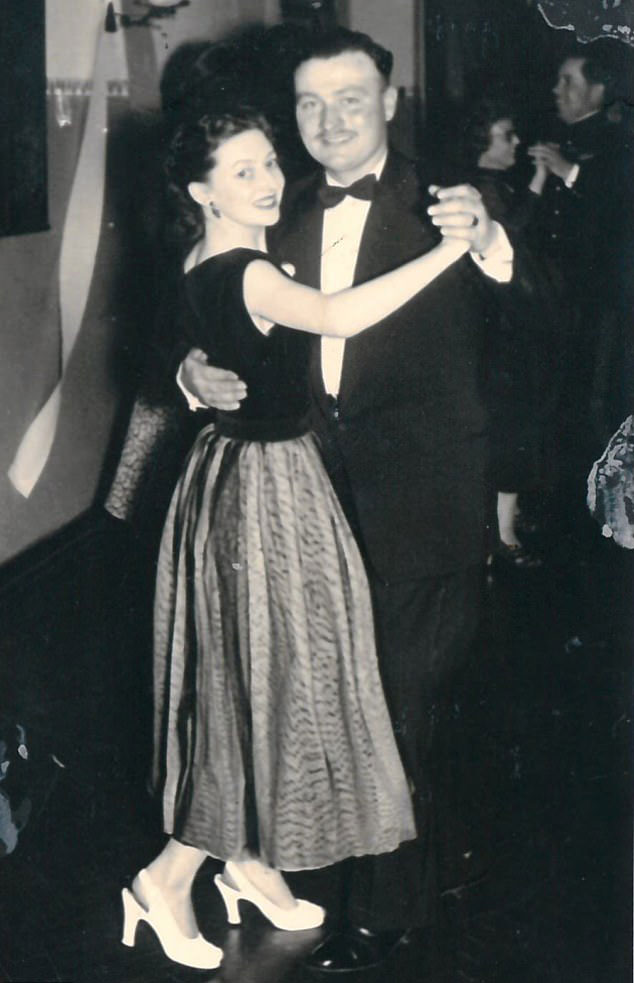 “I always there for a song and I would sing in the mess too, after we’d had dinner.

"And I would always sing after our rugby matches. But I can’t sing you any of those songs — they’re far too rude.”

When Colin was sent back to the UK, he and Joan started a family.

And watching him from the audience tomorrow night will be his two children, and four grandchildren, who he described as being “incredibly proud” of how far he’d come. 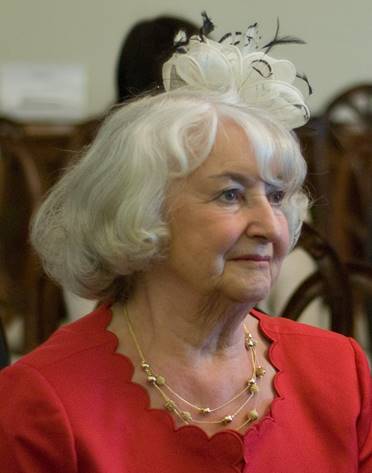 Although he’s a popular resident among the other 300 Chelsea Pensioners living in the Royal Hospital Chelsea, Colin — who served for 25 years in the Royal Artillery and comes from Norwich — was an unknown before he made his television debut on BGT.

But now anonymity is almost impossible for Colin, who is, as always, impeccably turned out in his scarlet coat and polished medals when we meet.

In fact, he says it’s hard now to go anywhere without well-wishers stopping to have a chat.

Colin said: “This has been such a whirlwind, from start to finish. I never thought I would appear on the telly and now I’m on it all the time.

"The taxi driver recognised me this morning and we were laughing about it.

“We said we had no idea how I’d be doing this at my age. I never dreamt I would have this in my life. And I’m mutton deaf.”

As the oldest contestant to take part in this series of the long-running ITV show, Colin said he is proud to be flying the flag for the older generation.

With loneliness now the biggest killer of the elderly, Colin hopes his BGT appearance will inspire other people of his age to find the courage to step out of their comfort zone.

Colin said: “I’m doing my bit for the oldies. Loneliness is epidemic among the older generation and I think that if you’re lonely, you need to go out and do something.

“You don’t know what you’re capable of until you try.

“A choir is a great place to start because you go along and you meet new people. People think you need to be able to sing to join a choir but you don’t. Everyone can be taught to sing.”

While Colin is enjoying his new career, there have been moments where he’s felt overwhelmed.

On Wednesday during the third semi-final at London’s Eventim Apollo, he struggled to understand he had been voted through to the final.

Colin said: “I do tend to get a bit confused. I didn’t know what was happening during the semi final because the screaming was too loud.

"It wasn’t until Ant or Dec came on the stage and they told me I had won.”

The thought of possibly winning BGT and performing at The Royal Variety Show fills Colin with pride.

He said: “I served my Queen for 25 years, so if I thought I would have the chance to sing to her, I would die a happy man.

"It is very difficult for me to put into words how much it would mean. I cannot even imagine being on that stage in the presence of royalty. It would be absolutely marvellous. Oh, and I’m looking forward to spending time with the judges too — especially the ladies.”

Colin will be one of 11 acts tomorrow, including one wildcard, and has a special performance lined up.

While he’s been sworn to secrecy about his song choice, he confirmed he would have his friends from the Royal Hospital Chelsea on stage with him again.

Acts Out to Pip Him

WHILE Colin Thackery leads the field as favourite with odds of 4/5 to win BGT, here are some of his top rivals.

Viewers were astounded during the first semi-final as Dave quizzed the judges while Finn tried to put the answers into their minds.

Dave then played a pre-recorded video of the answers – all of which tallied with what the judges had said.

The duo’s unbreakable bond saw Finn save Dave’s life in 2016 when he jumped on an attacker who had stabbed him, and it brought the audience in the Eventim Apollo to tears.

Finn was left fighting for his life after putting himself in danger but went on to make a miraculous recovery.

Comedy singer Siobhan is a modern-day Victoria Wood and her hilarious routine saw her win her way into tomorrow’s final.

The Yorkshire-born wannabe star started singing in clubs aged 16 and plucked up the courage to audition for BGT to make her daughter proud.

She had the viewers in stitches with her performance, which saw her singing a skit at her grand piano.

David Walliams’s Golden Buzzer act sailed into the final after their performance of Bonnie Tyler’s Holding Out For A Hero in the semi-final.

Speaking of their efforts, Dave said: “So proud of our school and incredibly grateful for all the kindness and support we have all received on our Britain’s Got Talent adventure so far. Can’t believe this is actually happening.”

The comedian was put straight into the semis by Simon Cowell when the judge pressed his Golden Buzzer.

Kojo is tipped as possibly making it all the way to be crowned the champ after wowing with his hilarious stand-up routine.

The Northern Irish singer had the audience in tears with his moving performance during the live semi-finals – which he dedicated to his brother Declan, who has locked-in syndrome.

Mark belted out You Will Be Found from award-winning stage show Dear Evan Hansen.

He was told by the judging panel that he had a promising stage career ahead of him.

He added: “Having my pals up there with me is just a wonderful feeling and I think it’ll be marvellous performing with them on the final.

“I just want to enjoy the moment and do my best. I’m just having so much fun, but I think you can see that, can’t you.”