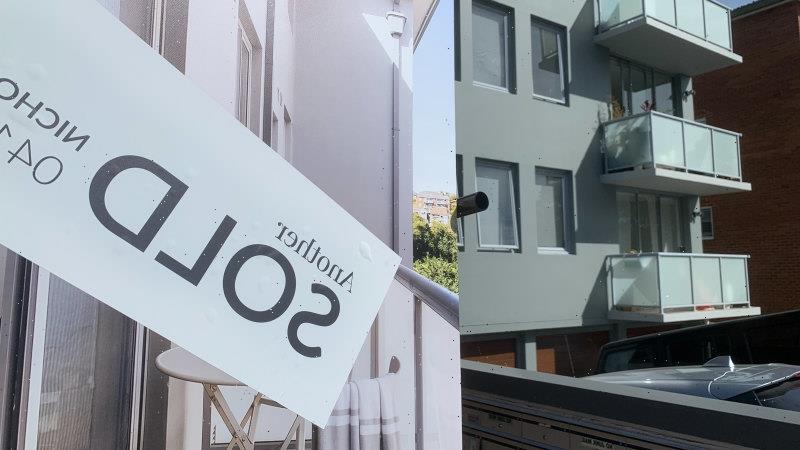 Earlier than expected interest rate rises are unlikely to dramatically hit the housing market and economists and housing analysts say affordability will continue to be a concern in Sydney and Melbourne.

The Reserve Bank is facing pressure to increase interest rates this year following higher than expected inflation data and a strong improvement in unemployment, despite previously saying the outlook was for rates to remain at record lows until 2024. 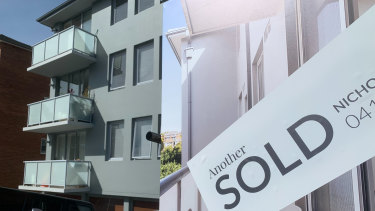 There would need to be several large rate hikes to hit the housing market, experts say.Credit:Peter Rae

Many economists previously assumed the cash rate would stay on hold until next year, with home prices then slipping in cities such as Sydney and Melbourne. However, experts say it would take multiple sharp rises in the cash rate to see steep falls in property values this year.

Leading independent economist Saul Eslake said a rate hike’s effect on property values would be “not very much at all” though there could be a generalised slowing over the year.

“Typically prices don’t go down when rates go up, what falls is turnover,” he said. “People, if they think their house will sell for less than they want to sell it for, they don’t sell and hold off … it’s turnover in stamp duty revenue, real estate agents commissions and things like that which drop.”

Sydney and Melbourne property growth slowed to its lowest levels in December on CoreLogic figures following double-digit annual rises during the pandemic. Over the first 26 days of January, Sydney property values have risen about 0.7 per cent with Melbourne home values up around 0.2 per cent.

Rich Harvey, chief executive of buyer’s agent Propertybuyer, said a rate hike could now be as soon as November or December.

“It depends on inflation and wages … the RBA has repeatedly said they won’t stifle the economy,” he said, adding the resumption of immigration in future could offset any increase in rates.

“The impact on property prices depends on how significant the rate rises are and how many,” he said. “But even talk of rate rises tends to soften the market, the jawboning effect, and if we get a dramatic rise that will have a slowdown effect.”

Propertyology founder Simon Pressley said house prices have boomed even with discussions of interest rate rises for the last 18 months.

“The RBA has repeatedly said they are unlikely to raise interest rates until wages increase significantly,” Mr Pressley said.

He said if rates increased by 0.5 per cent by the end of 2023, a borrower with a $600,000 mortgage would pay $3000 a year more in interest but their wages could also be substantially higher.

He said it would take “more than a couple of increases over a couple of years” for there to be a significant effect in most markets.

“Both for sale and for rent, Australia has a dire shortage of [homes] and the financial capacity of Australian households literally has never been stronger,” he said.

Real estate group PRD chief economist Diaswati Mardiasmo said some buyers may try to get into the market before it goes up but others would hold off to see whether prices cool.

“At present we have a unique situation. Yes, the RBA’s cash rate movement influences the property market significantly … at the same time we are in a situation where we are about to open international borders and migration again,” Dr Mardiasmo said.

“We know that at present the property market has a demand-supply imbalance, with supply lagging, and it’s one of the main causes of high property price growth.”

She said markets will move at a slower pace than the last two years, particularly Sydney and Melbourne, but Brisbane continues to show signs of growth.

“Sydney being at a high point already could potentially see the slowest growth [compared to Brisbane and Melbourne] in percentage terms,” she said.

The rapid rise in property values has resulted in unions, social welfare groups, property industry organisations and housing providers creating a new National Affordable Housing Alliance calling on the federal, state and territory governments to develop social and affordable housing across the country.

Opposition Leader Anthony Albanese has promised a $10 billion fund to create affordable and social housing should Labor win the upcoming federal election. A federal inquiry into housing affordability and supply, led by Liberal MP Jason Falinski, is due to release a final report in February.

NAHA chair Rod Fehring said affordable housing had to be high on the policy agenda in 2022 and these proposals could deliver up to 14,950 additional social and affordable dwellings per year on top of existing initiatives.

“Despite significant efforts by governments, as well as community, and the private sector over the past thirty-plus years, Australia’s social and affordable housing and homelessness crisis has continued to worsen,” he said.

“State governments have an obligation to facilitate more housing supply by building enabling infrastructure, slashing red tape in the planning system and removing bottlenecks for approvals,” he said.

“It’s bringing forward something investors were expecting to happen [earlier than the RBA was saying] anyway,” he said.

“Well-located property offering a strong level of income returns is still very attractive. Real interest rates are not only very low but still negative and individuals, as well as investor groups, will be aware that just holding money offers [little returns] to the extent that there’s uncertainty around inflation.”

Most Viewed in Property