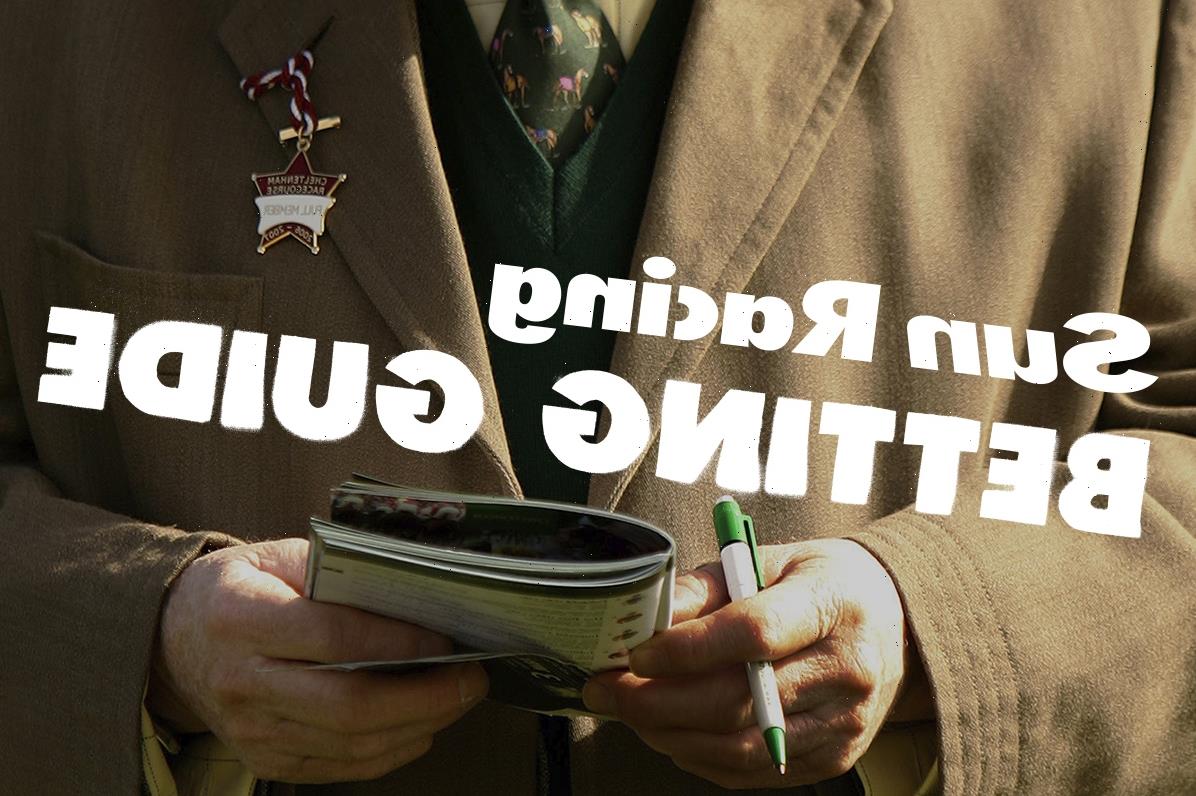 THE Oaks is arguably the biggest race of the year for fillies and Friday's contest looks a cracker.

A field of 14 go to post and plenty of them hold strong claims but the market is currently headed by Aidan O'Brien's Pink Dogwood. 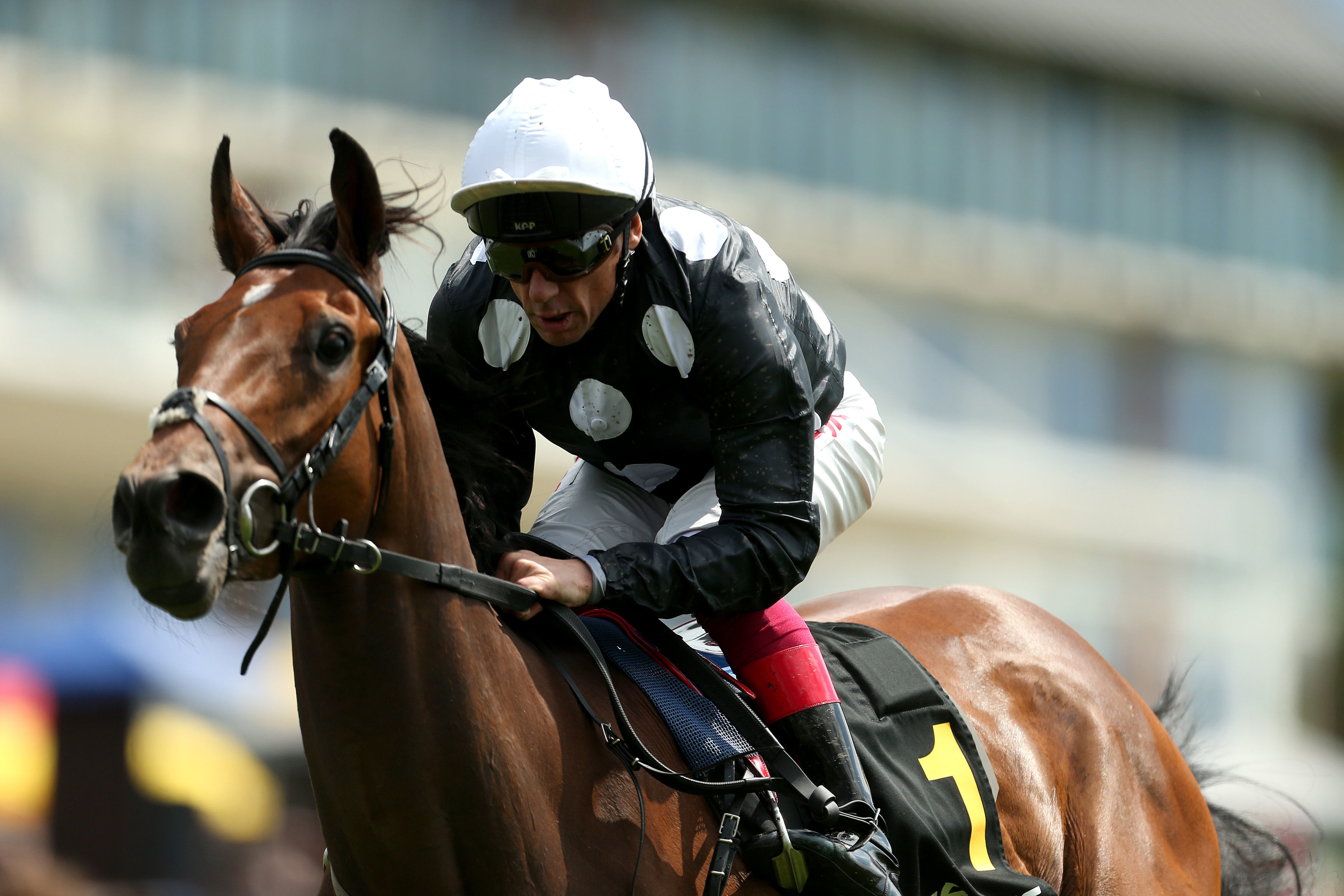 Really exciting filly for the future regardless of what happens on Friday. Still looked green when winning Lingfield's Oaks Trial but did that in some style bolting clear by six lengths.

The further she went that day the better she looked. Conditions were soft at Lingfield that day and she will encounter very different conditions on Friday which could be a question mark.

Likely to improve further from her last run and has top jockey Frankie Dettori on board.

A steady improver last season as a two-year-old which saw her land a Listed contest at Newmarket on her final start.

Came back from her winter break to finish fifth in the Musidora Stakes beaten just three lengths.

That was a fair run but in the context of this race it doesn't look strong enough to be challenging the big guns in the market.

Just one of a number of runners for O'Brien but his main hope is without a doubt Pink Dogwood.

Dephinia's best run came when upped in trip to a mile and a quarter to finish third behind Tarnawa at Naas. She wasn't beaten far that day but there seems to be no glaring reason why she should reverse that form and improve further.

The step up in trip will suit but the same can be said about plenty of the field.

Already a Group 2 winner thanks to her victory in the May Hill Stakes as a two-year-old at the end of last season.

However, she bombed out on her return in the 1,000 Guineas at Newmarket where she was never involved in the race and came home last of the runners.

If she can leave that run well behind and revert back to the form of her Doncaster win she could be in with a chance, on breeding this is probably as far as she wants.

Interesting contender at bigger odds who paid the price for her start at York when just failing by a neck in the Musidora Stakes.

She must have lost a good few lengths when she dwelt in the gates that day and connections will be hoping she starts quickly on Friday as she stayed on well to take second.

The trip shouldn't be an issue and jockey James Doyle is having a good season.

There's been plenty of money around for Amanda Perrett's filly who was as big as 25-1 but has been shortened this week in the market.

Last seen finishing second to the smart Queen Power at Newbury she now takes another step up in trip for Epsom.

If she was trained by Aidan O'Brien would she be shorter in the market?

Very talented filly who lost her unbeaten record when finishing second behind Mehdaayih at Chester.

She was slightly unlucky that day as the winner clearly had first run and Manuela De Vega had no chance of catching her.

Had she been positioned slightly better she may have got closer and Ralph Beckett was notably thrilled after that run.

Will stay this trip and wouldn't be a huge surprise to see her involved in the finish.

"We didn't go there (Chester) expecting to win – we went there more in hope than expectation.

"I was very pleased with the way it went, and Harry Bentley gave her a good introductory ride back on only her third run – although she is quite a streetwise filly. She needed to go round there and get in between horses again.

"She finished out her race well, and I was very pleased. We nursed her there, and she did two easy bits of work before Chester, but we have gone at her properly since – and I expect her to be a lot more competitive."

Looked a star in the making when bolting up at Newmarket in the Pretty Polly.

The way she travelled through the race was a sign of a class horse and she showed a devastating turn of foot to scoot clear of her rivals.

This trip is as far as she wants but is she can stay the extra two furlongs today she has to be one of the big dangers to the favourite.

"She is by a fast horse (Siyouni), who does get them to stay, but there is plenty of stamina on the dam's side, so she might well stay further – whether she will be as effective at that trip only time will tell.

"We know she has got the class, although I don't think it was a fantastic contest she won the other day – and that was slightly confirmed with the second being beaten at Goodwood.

"She has shown a lot of improvement and she has plenty of scope, She is a big, tall filly – so the track is not sure to suit her, and that is another imponderable. But as every jockey says, if the horse is travelling they generally handle the track."

Shot to the top of her betting following her impressive Chester win and was then supplemented for this race by connections on Sunday.

Has been a fast improver this season and she did it in some style on her last start.

Faces different conditions today and this is of course a different challenge but she has obvious claims.

Inconsistent type who does have some decent pieces of form to her name.

Was slightly disappointing when fourth behind Tarnawa on her last start considering she went off 7-2 and had previously beaten that rival.

The step up in trip should suit today but would need to improve quite a bit to be up with the top fillies.

Talented filly by up-and-coming sire Camelot who looks to have been set up for this.

Wasn't beaten far in a French Group 1 contest on her last start as a two-year-old and came back this season with a cosy win in a Listed contest that day.

That will have put her spot on for this and there has been plenty of money around for her this week. You get the feeling 'the lads' know they have a good one.

"She was only just ready to start when she won at Navan, and that was a slowly-run race. She has come forward from that."

While most of the field have some kind of chance you have to say this filly looks to be one that can be discounted.

Already held on form by Lavender's Blue after her Newbury run there is no reason to see her overturn that form and even if she did, she would need to improve significantly to challenge others in the field.

Looks out of her depth in this.

Had a few of these behind her when winning at Naas in a Group 3 contest on her last start.

However, had earlier been put in her place by the favourite here Pink Dogwood and it would be a surprise to see her reverse those placings at Epsom.

Should relish the trip and seems pretty versatile with the ground so a place chance is more than a fair assessment.

Couldn't lay a glove on Anapurna in the Oaks Trial at Lingfield and that looks likely to be the case once again here.

It certainly wasn't a bad run but she needs to take a big step forward to be in with any chance of tackling the top contenders.

"She has run three times, twice on the all-weather, and her first run on the turf was at Lingfield – so although she has three races under her belt, she still lacks a bit of experience.

"I just wanted to give her another day out (at Breakfast with the Stars)."