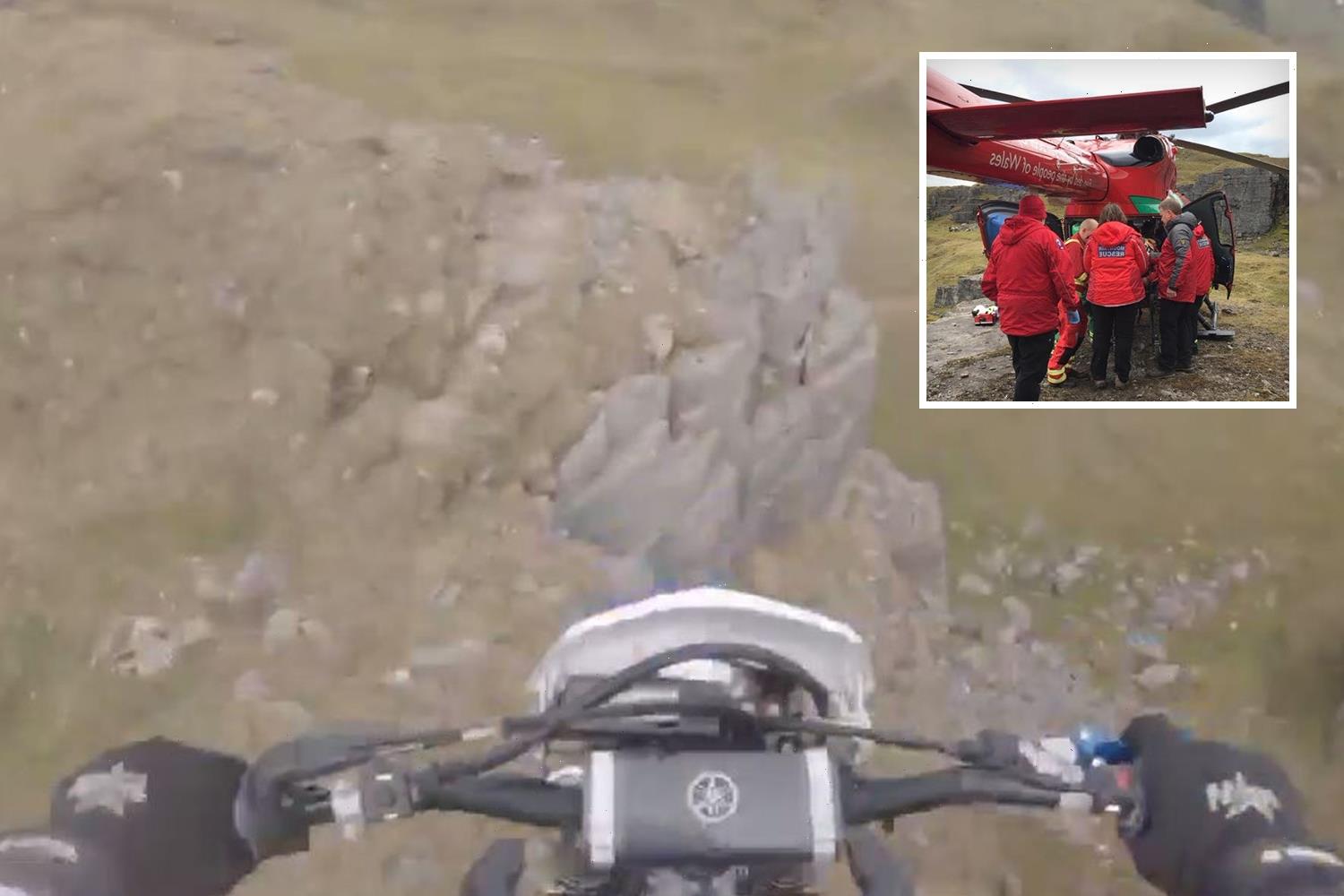 THIS is the heart-stopping moment an off-road motorcyclist rode straight off a 40-foot cliff in Wales.

Adrian Owen, 25, was left with "significant" injuries when he plummeted from a quarry edge in Merthyr. 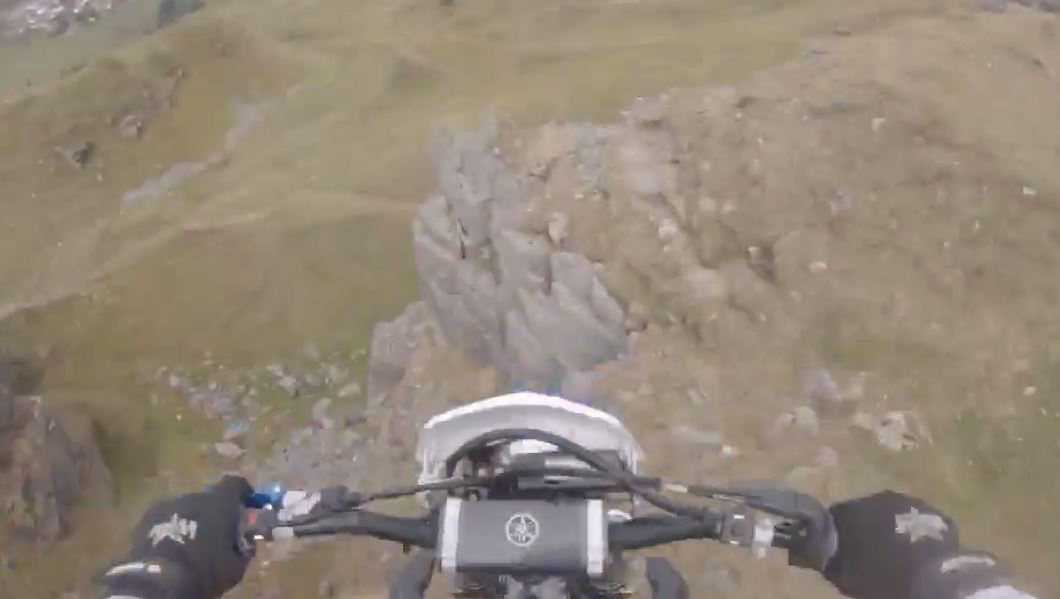 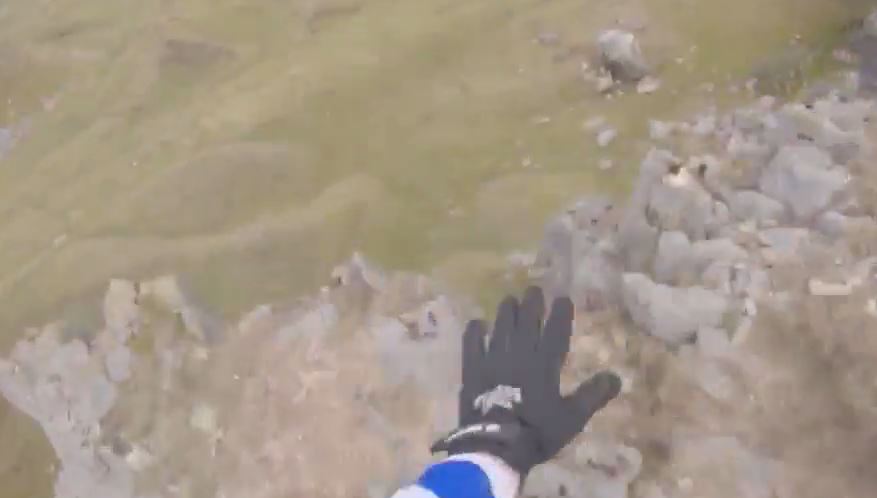 Central Beacons Mountain Rescue Team raced to the scene when South Wales Police received reports of a man falling off a cliff on Sunday at 12.34pm.

Owen, from the Abercanaid area, was rushed to the hospital by air ambulance and says he is “lucky to be alive”.

The dramatic footage taken from a camera on Owen’s helmet shows the biker driving over the cliff edge.

In the final moments, the jagged rocks can be seen as the motorbike lies in the distance.

Owen posted the video on Facebook and said: “I would like to say a massive thank you to my family and friends for their concern at this time, i am very lucky to be still alive! I’d like to give a big shoutout to the mountain rescue, air ambulance crew, medical staff and anyone else that has helped me pull through this.

“Also a big shoutout to the boys for reassuring and comforting me while the help was on its way, and to anyone that rides off road bikes always be aware of your surroundings as all it takes is one silly mistake like mine and it could be game over! I got off very lucky!"

A statement posted on the rescue team’s Facebook page said: "On arrival at scene, along with the Emergency Medical Retrieval and Transfer Service – EMRTS Wales, Welsh Ambulance Services, #HART and colleagues from both Brecon MRT & Western Beacons MSRT, it was found that an off-road motorcyclist had inadvertently ridden over the edge of a small quarry, falling some 30-40ft, sustaining significant injuries." 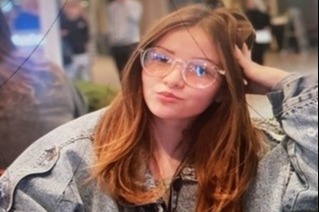 Urgent search for schoolgirl, 13, who vanished two days ago 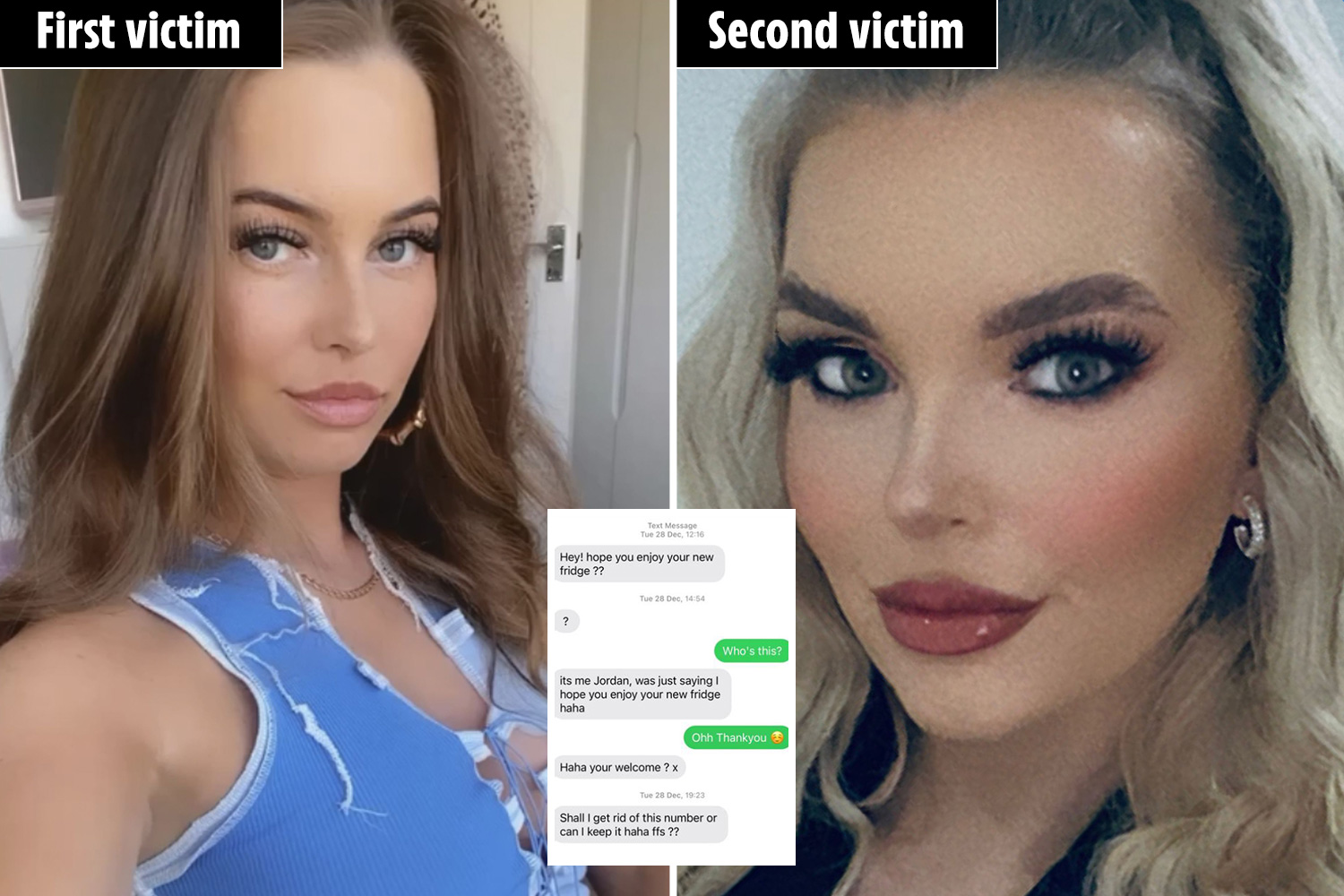 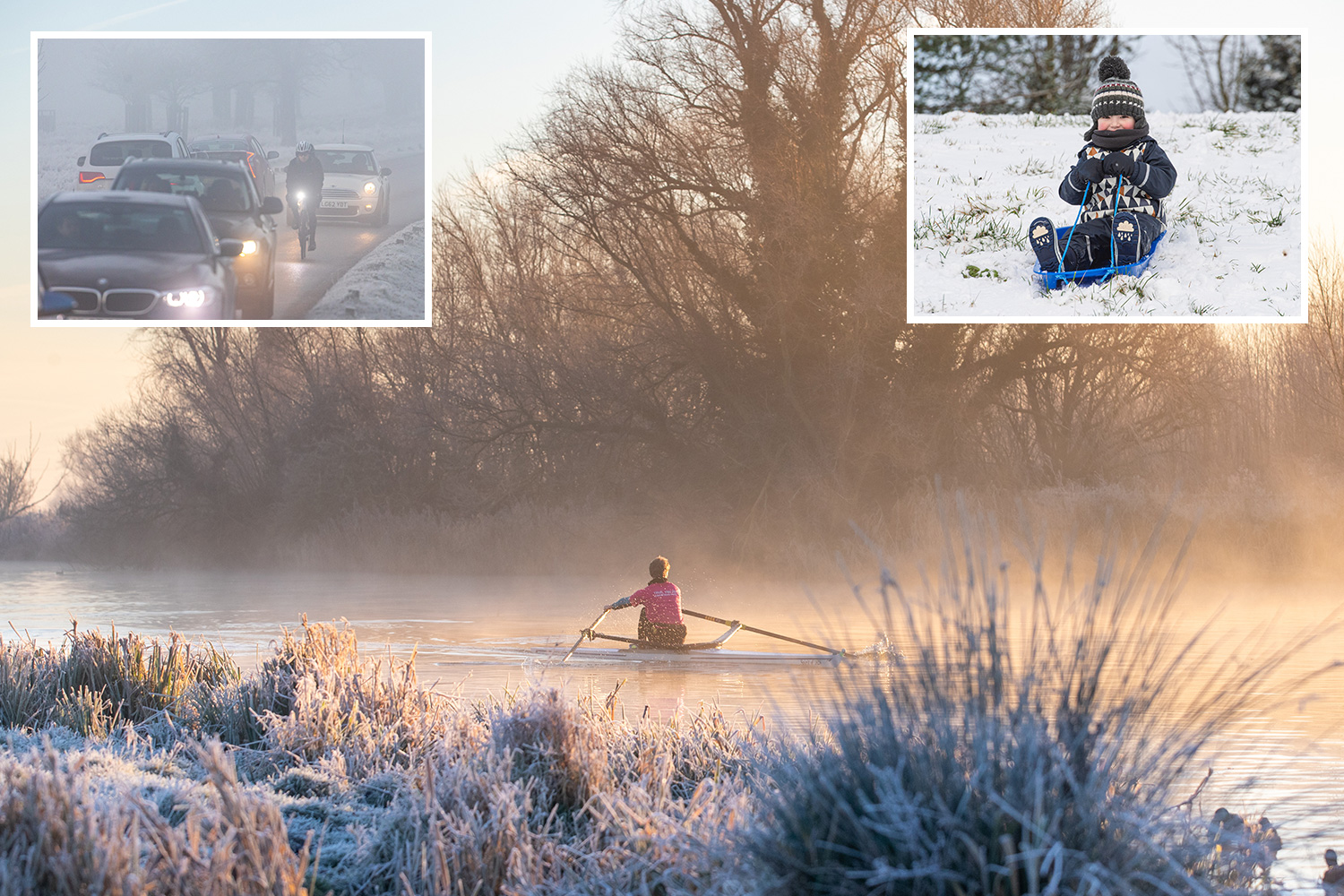 The rescue team added: "Treated by the EMRTS Doctor, EMRTS CCP and WAST Paramedics he was packaged, loaded onto a stretcher and carried the short distance to the Wales Ambulance Service for onwards transfer to hospital.

"We wish him a speedy and hopefully full recovery.

"Thanks also to his friends who assisted in guiding people to the scene and supporting the services there." 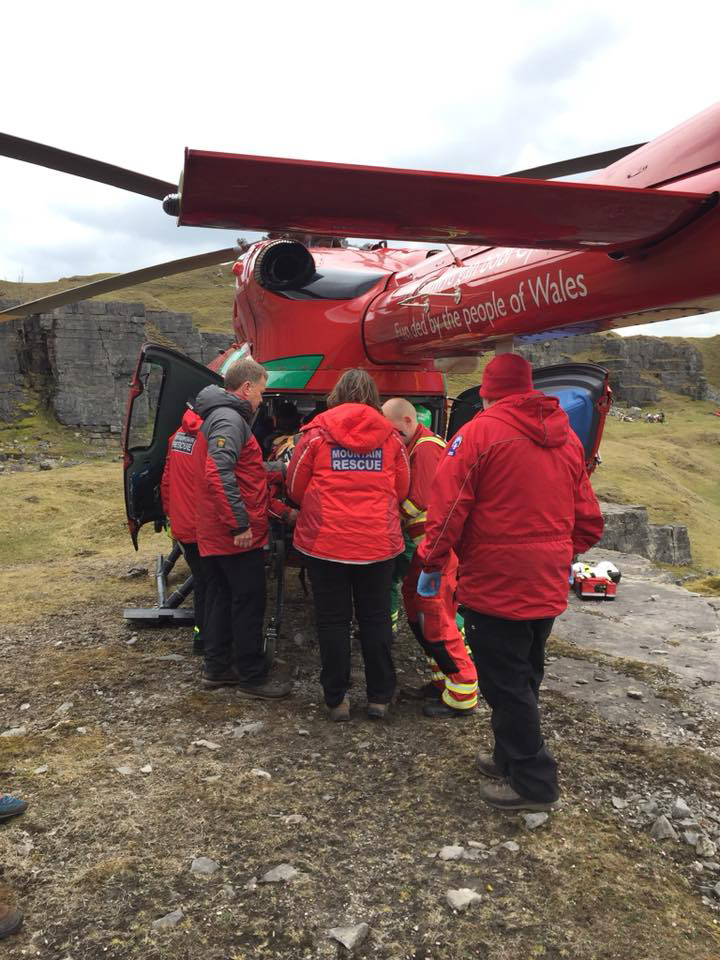 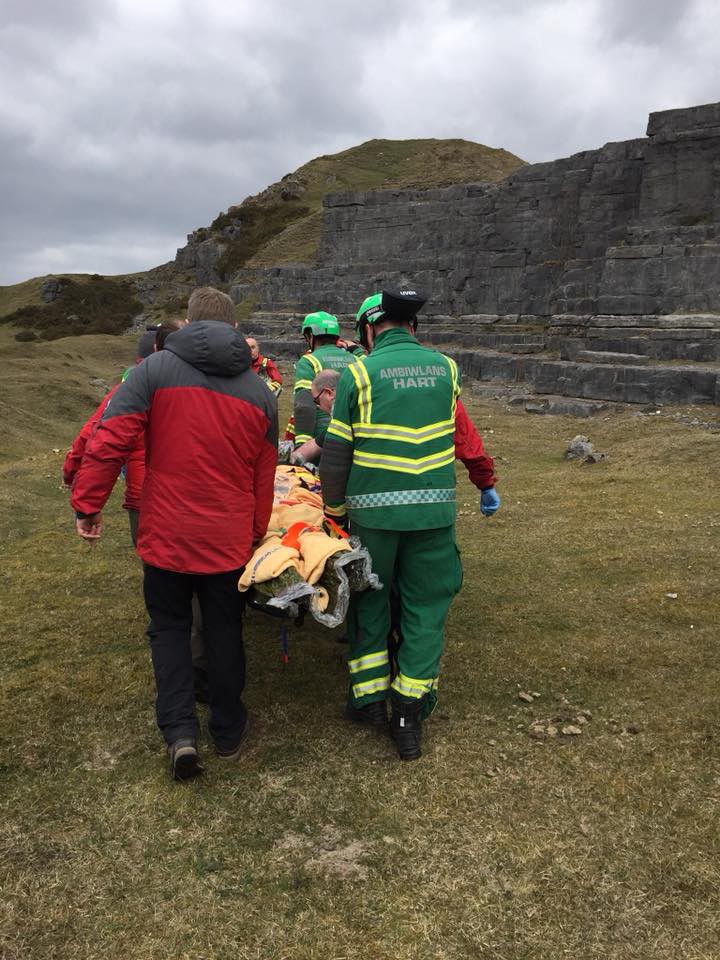