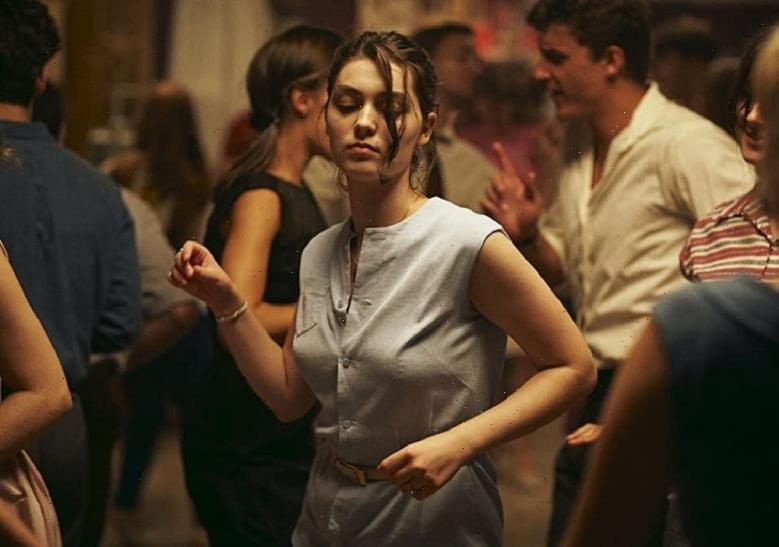 At many points in “Happening,” a weighty, naturalistic drama, Annie (Anamaria Vartolomei) opens her eyes wide. Her pupils shrink into tiny pinpoints. If she were a Marvel character, these would be the moments she transforms into her heroic alter-ego. But for Annie, a French literature student in 1963, power comes not from superhuman brawn but strength of will: She’s several weeks into an unwanted pregnancy, and though abortions are illegal — punishable with prison time — she’s determined to find a way to terminate it.

Not even a decade ago, a film this clear-eyed about abortion might have seemed groundbreaking, and in certain circles, controversial. But “Happening” arrives after “Never Rarely Sometimes Always,” “Unpregnant,” “Portrait of a Lady on Fire” (the magnificent Luàna Bajrami, who plays Sophie in that film, also appears in “Happening”), and even the first season of “Yellowjackets.” At this point, the jarring discomfort of watching young women punch their stomachs, bleed out on mattresses, or sterilize long, sharp utensils to insert into themselves has been somewhat blunted by its familiarity. Distress lingers, but we’ve been numbed to the shock.

That’s not to say that “Happening,” authoritatively directed by Audrey Diwan, isn’t a unique — or uniquely upsetting — experience. In “Never Rarely Sometimes Always,” Autumn has her cousin Skylar; in “Portrait of a Lady,” Sophie has Marianne and Héloïse; and “Unpregnant,” with its bestie leads, is essentially a buddy comedy. In “Happening,” Annie has nobody. More than anything else, Diwan seems interested in exploring how, at many points in history, young women had no choice but to bear this particular burden alone.

When the film begins, Annie and her friends feel vividly contemporary, like vérité versions of the crew on “The Sex Lives of College Girls.” They pin their bras into push-ups, hoist up their skirt hems, and strut down the sidewalk to a party where, they hope, good dance music and appealing boys await. But this isn’t the 21st century. Here, women who interface too much with boys are called “loose” or “sluts,” and are glowered at by the circle of demure girls who bop to the music only with each other.

Others are even less sympathetic. Doctors turn Annie away or sternly advise her that she has no choice but to keep the child, and a male friend deliberately misconstrues Annie’s plea for assistance as a sexual proposition. His awful reasoning: She’s already pregnant, so what’s the risk?

Based on a memoir by Annie Ernaux, “Happening” is an authentic and earnest work, and though it declines to polemicize, it is inarguably pro-choice. That it played at the Venice Film Festival, where it won the top prize, in the wake of renewed threats to reproductive freedoms around the world made it feel all the more urgent — but there’s no didacticism here, just one woman’s true story.

For this reason, the film could have benefited from more access to Annie. Even as the camera closely follows her movements — gorgeously trailing her through group showers in her dorm, around the bar her parents own, or into the outdoor phone booth she uses to contact potential assistance — it sometimes feels like Diwan’s keeping our heroine at an emotional arm’s length. Perhaps that’s unavoidable in a film where Annie is repeatedly given the cold shoulder; where another struggling protagonist might come alive in intimate relationships or dialogue with trusted allies, “Happening” is dead set on Annie going it alone. In fact, in the film’s climax, Annie receives an extemporaneous helping hand not from Brigitte, Hélène, or her parents, but from a relative stranger — a random dorm mate who senses Annie’s desperation and shows her mercy.

In one of Annie’s rare moments of openness, she meets with her literature professor to request another shot at exams. Usually a star student, she’s been slacking off in class, and the professor asks if she’s taken ill. “The illness that strikes only women,” she replies, steadily keeping his gaze. She may be alone in her plight, but her strength of character is palpable, and we ache for her deliverance from the pain.

“Happening” screened at the 2022 Sundance Film Festival. IFC Films and FilmNation will release it on May 6, 2022.