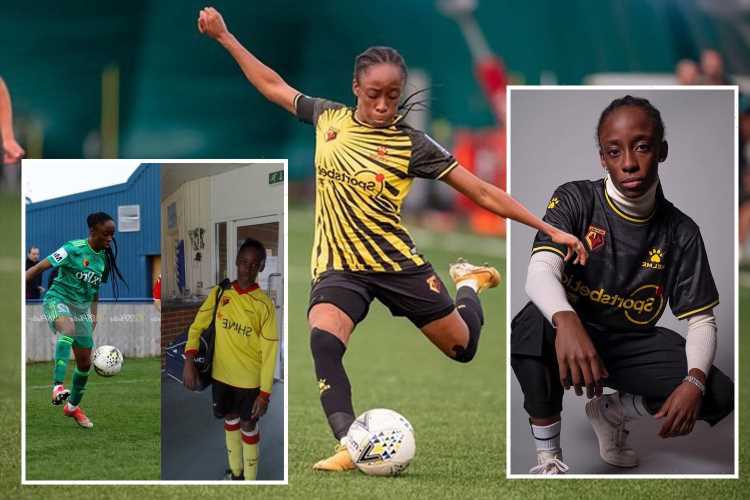 ADEKITE FATUGA-DADA has dedicated almost half her life to Watford – but to her it’s meant more than just a shirt.

The Hornets icon has been at the club since she was a fresh-faced 12-year-old, when the yellow and black kit barely fit her. 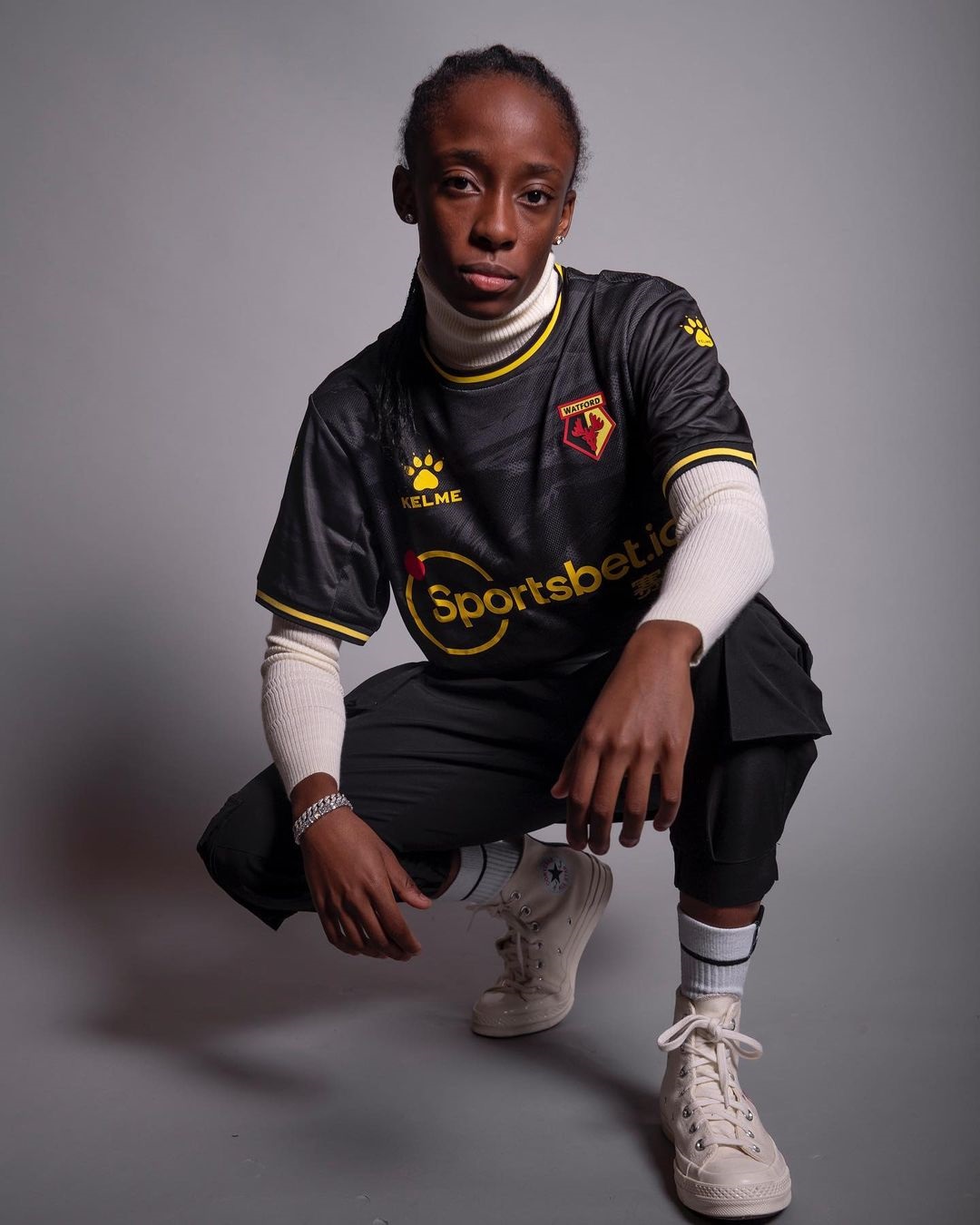 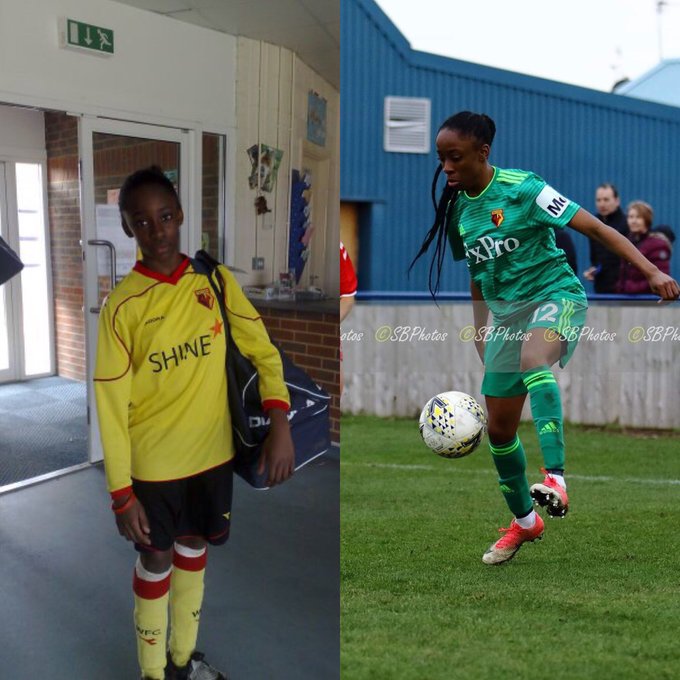 As the Golden Girls’ longest serving player, at just 24-years-old, she has always wanted to give something back to the heart of where her story began.

Growing up, Adekite was glued to her uncle’s side, watching him play football in the local park in Harrow, while kicking a ball about by herself on the sidelines.

Back then she didn’t even know girls football existed – before she was scouted at her school’s Safer Neighbourhoods programme.

Adekite told SunSport: “The community gave a lot to me in terms of the Watford Trust.

“That's how I got into this world of women's football that I didn't know about when I was younger.

“I went to a few events at Harrow High School and they just saw me having a kickabout.

“Someone came up to me and said ‘you do know, you could go to the Watford Centre of Excellence’, and I didn't even know that existed at the time.

“I am a product of the community and I just want to give back and anything they ever asked me to do I'm more than happy to do.” 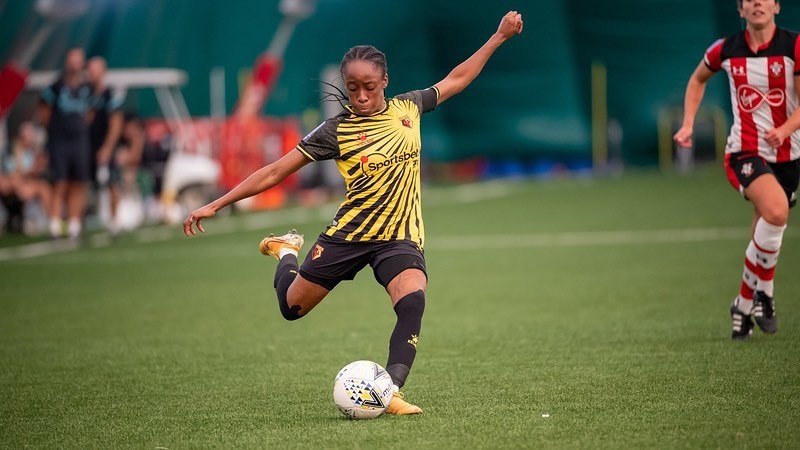 Adekite arrived at Watford in 2008, before enjoying a successful stint in the Gunners’ Under-17s side, where she lifted the Youth FA Cup trophy.

She then returned home to the Hornets in 2015 and has stayed put ever since.

“I get told I’m the longest standing Watford player at 24-years-old but I didn't even know!

“The club’s Centre of Excellence has held my career up in a sense, it allowed me to go to Arsenal and to win things and to come back and play football.

“We are very structured and professional in the way we run now.

“I just want to be part of it, it's a club that I love, it's close to my heart and I've grown up here, so for me it’s a no-brainer to stay.”

Adekite lives and breathes Manchester United, having followed in her uncle’s footsteps as a diehard fan.

As a youngster, she would be huddled around the television, never missing a game, and belting out chants with him.

She said: “Ole Gunnar Solskjaer is a legend in my eyes, he was always one of my favourite players.

“His chant honestly always used to be my favourite.

“I won't sing it but it was like, 'You are my Solskjaer, my only Solskjaer' – to the tune of You are My Sunshine.

“I've been to Old Trafford once in 2008 and that day Cristiano Ronaldo scored a really good goal and I always remember it so well.”

Adekite radiates positivity, is generous with the local community and infectiously kind – but when it comes to football she is searingly honest.

So it comes as no surprise that the outspoken North London ace is setting her sights on a life in punditry one day.

She added: “It’s something I’ve always wanted to do and I’ve spoken to a lot of people out there about it.

“I love football and I love to share views and bounce ideas and opinions off other people.

“There are women there doing it now and you always need that trailblazer like Alex Scott, talking about football in a typically male environment.”

The Hornets are sitting pretty at the top of the women’s third division.

But they are unable to train or play at the moment, after the government branded all women’s football below the Championship as "non elite" amid the coronavirus crisis.

Adekite explained: “Obviously we don’t think of ourselves as non-elite, but I do understand the position and that a line has to be drawn somewhere.

“It's just unfortunate that we were under that line, but there's more important things than football happening right now which we all understand.

“I feel for the FA as it’s a tough position to be in.”

The midfield maestro reckons Watford will soon be dominating the Championship and even the WSL one day – as they push for promotion this term.

It’s no shock that the Golden Girls have been tearing up the third tier.

They have spent two-years sharing the plush, state of the art facilities at the London Colney base with the men’s side.

Which is another reason why Adekite has pledged her loyalty to the club for so many years.

She said: “The path that we've taken up recently makes it such an exciting place as a young player to be.

“We have to give a lot of credit to our coaches, like Armand Kavaja who took over at a not so great time and persevered with it.

“But now I think in terms of our professionalism and structure we're miles ahead of where we should be.

"I believe we have more than enough footballing ability in our squad to compete in the leagues above us.

“We’ve put things in place where we won’t just be another name, but we will be competing to be back where we belong.”