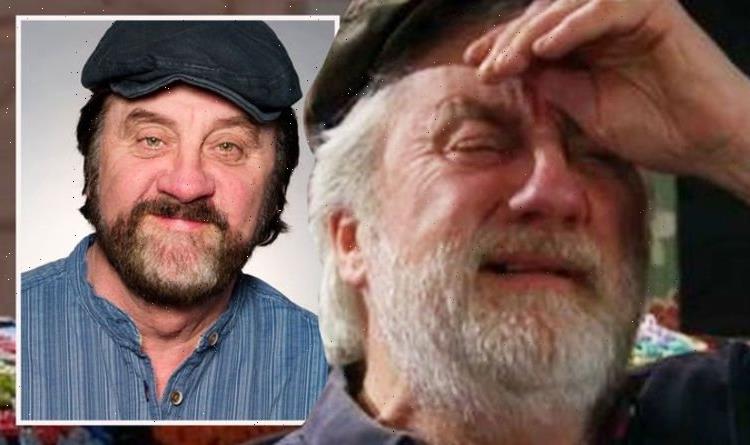 Zak (played by Steve Halliwell) has been a staple character on Emmerdale for the best part of 27 years and has become one of the show’s most beloved characters. Over the years, he has tried to guide his family through numerous trouble as well as dealing with the drama going on in his own life on the ITV soap. However, his time could be coming to an end as the head of the infamous Dingle clan could be about to make a deadly exit from the Dales, a death which could see his grieving relatives turn on one another.

It’s not been officially revealed Zak will be leaving the show but speaking to Express.co.uk and other media, producers Jane Hudson and Laura Shaw teased how 2022 was going to be a difficult year for the Dingles.

Laura said: “There is lots going on for the Dingles as we head into 2022. Two of our most loved Dingles are going to be facing huge life-changing situations that are going to have repercussions for the whole village.

“In the next few months, we’ll see drama, joy, fun, laughter, agony, pain, grief and despair hit this family,” she continued, hinting at a death in the family.

“They will pulled into a lot of directions and be at the heart of our very biggest stories this year,” the producer added but will this story be focused on Zak’s demise?

With such strong and powerful people in the family, sometimes it is hard for them to show their emotions and their feelings come out in other ways.

Most of the time, it is an argument that leads to some honest truths being heard and this is what could erupt in the wake of Zak’s death.

This could lead to a life-changing situation that will involve two members of the clan and lead to some huge consequences.

Of course, the family have always struggled with money and with the death of the patriarch, they could find themselves fighting over his inheritance.

He might not have left a huge amount of money but the extra cash would help several members of the family, including Chas Dingle (Lucy Pargeter) who is desperate to get her hands back on the Woolpack.

Grief and despair will hit this family

As money is the root of all evil, this feud could be something the Dingle family could never come back from as the clan is split in two.

With half supporting one member of the family and the other half standing behind the other, an almighty dispute could see some questionable decisions made to get the money.

This could include one of the family members stealing the inheritance without anyone else knowing, leaving the clan to wonder who the thief could be.

Pointing the finger at one another could lead to an even bigger rift emerging and as their argument spirals, other residents of the village could get involved.

It could become a battle of the Dales as friends could become enemies in a fight over what is right and what is wrong.

Back in 2014, the actor who plays Zak, Steve, spoke about playing the iconic character for two decades and revealed he wasn’t supposed to be in the show for so long.

The actor spoke with Good Morning Britain and explained he was only supposed to be in two episodes of the programme.

He said: “That was the original contract – to have a fight with an existing character Ned Glover and to lose the fight.

“I was a foil for his character but I must have done something right, whatever it was because they kept bringing me back!

“I’ve never known, to be honest, how it happened. They’d bring people in and try them out for a while, and then see if it worked and invite them back.”

In 2019, the actor had to say goodbye to his long-running co-star Jane Cox, who played Zak’s wife Lisa, as she decide to quit the role.

Although it was a heartbreaking end to the couple’s turbulent story in the village, Steve explained he understood why she had to leave.

The soap star said: “Well, I was sad – but I know Jane very well, and I knew there were other things that she needed to do, other than do what we’ve done together for 20-odd years.

“So yes I was sad initially, although as she’s my friend in real life, I knew it might be on the way. So it came gently, rather than as a sudden shock.”

However, they do stay in touch despite not appearing on-screen together anymore.

He told Inside Soap Magazine: “We do keep in touch, but mostly by letter. Jane loves getting my letters instead of a text or an email.

“She likes getting letters which she can look back on and think, ‘Oh, that’s how it was’.

“Then she writes back to me in a traditional letter too,” he explained.

Will viewers be bidding farewell to one of the show’s most beloved characters so he can finally reunite with his darling Lisa?

Emmerdale airs weekdays at 7pm on ITV, with an extra episode airing on Thursdays at 8pm.