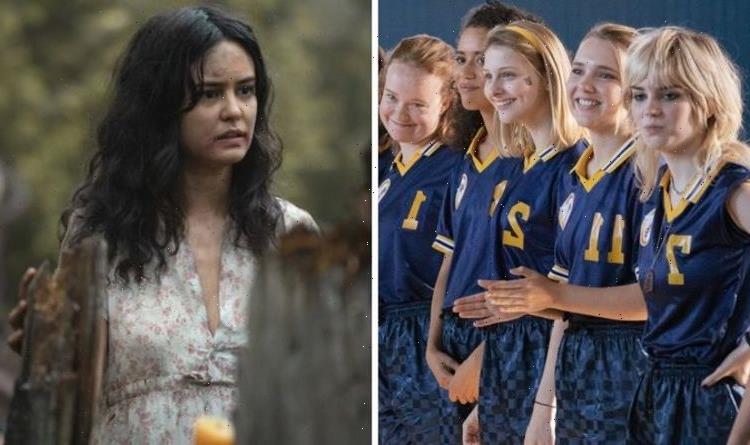 After ending on a suspenseful cliff-hanger, Yellowjackets fans will soon find the answer to one of the show’s many mysteries. Thankfully a Showtime executive revealed season two could premiere this year.

In an interview with Vulture, the executive disclosed the series could return to screens before the end of the year, after being renewed in December.

Showtime Networks president of entertainment Gary Levine stated: “We are working towards a premiere at the end of 2022.”

He confirmed the series would more than likely stick to an “annual cycle.”

Gary explained: “I think our audiences deserve that, and I also think that when you have a show that has this kind of a momentum, you don’t want to let it dissolve.”

Hopefully, the series won’t suffer any delays between now and its premiere as viewers were left on the edge of their seats in the finale.

Yellowjackets followed the lives of four high school girls soccer players on their way to championships after they survived a plane crash deep into the Ontario wilderness.

Fans watched as the girls went from a united and supportive team to a clashing cannibalistic group as they attempted to make sense of the lives they have to piece back together.

While the series isn’t entirely based on a true story, it was inspired by the Uruguayan Air Force Flight 571 disaster.

The main similarities between Flight 571 and Yellowjackets were the plane crash, the passengers included athletes, the cold climates and the cannibalistic action taken for survival.

The jaw-dropping season finale saw a character meet their demise in the unrelenting wilderness.

However, many questions were left unanswered including the fate of the baby, the circumstance surrounding Travis Martinez’s (Kevin Alvez) death and where the rest of the Yellowjackets have disappeared to.

While fans may hope to find the answers to these questions in season two, they may in fact be explored in later instalments.

The executive also expressed the likelihood of Yellowjackets surviving past season two: “This is not reliant upon, ‘What’s the answer to the secret?”

He concluded: “This has many secrets, many surprises, and a real human dimension that has longevity built into it.”

Fans have hailed Yellowjackets as one of the best shows in the past year as its tense storyline was paired with dark mystery while exploring female friendships.

The series also jumps between two timelines as the character’s narratives would shift between 1996 and 2021.

As well as delving into what occurred while the girls were stranded, it also told the story of what happened later in life when they were rescued.

Therefore, there were two actors cast to portray one character which included familiar faces such as Christina Ricci and Sophie Thatcher.

Thankfully with the confirmation of season two being released this year, fans won’t have long to wait.

As viewers await a release date, express.co.uk will be updated.

Yellowjackets is available to stream on Showtime.