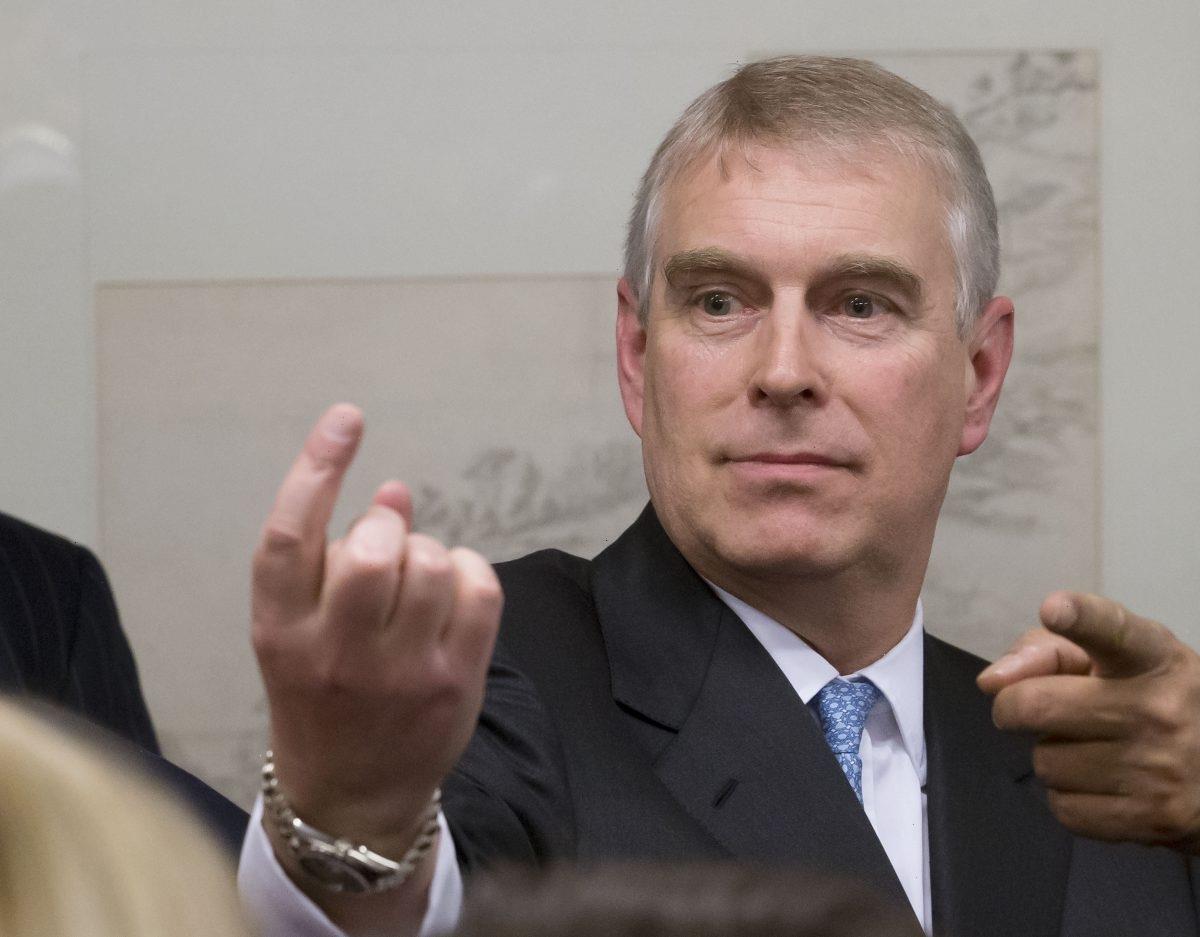 Before 2021 concluded there was justice for some of Jeffrey Epstein’s victims when his former associate Ghislaine Maxwell was convicted on several counts of recruiting and grooming teenage girls for sexual encounters with the late financier. Her conviction threw the spotlight back on Prince Andrew who has been accused of having sex multiple times with one of Epstein’s alleged victims when she was a minor.

A judge recently decided that the civil lawsuit brought on by the Duke of York‘s accuser, Virginia Guiffre, will go to trial. Here’s more on that, plus how Andrew reportedly reacted when he was stripped of his titles and the question royal watchers have after a mystery person’s body part is seen in a photo of the prince and Guiffre.

On Jan. 13, news broke that Queen Elizabeth II stripped her son of his honorary military titles and removed his remaining royal patronages. He is also no longer able to use the “His Royal Highness” style anymore but will retain his Duke of York peerage.

After the decision was made public, a statement from Buckingham Palace read: “With the queen’s approval and agreement, the Duke of York’s military affiliations and royal patronages have been returned to the queen. The Duke of York will continue not to undertake any public duties and is defending this case as a private citizen.”

The Mirror reported that Andrew was devastated and in tears when his titles were taken away. A senior defense source said: “The prince was tearful when told the news even though he had expected it. He feels that he has let so many people down, not least his mother, during her Platinum Jubilee year.”

Royal watchers want to know whose thumb is in the picture

Calls for Andrew’s titles to be removed have been growing ever since his disastrous TV interview in 2019. During that, he tried to explain his friendship with the late convicted pedophile and did not come off as believable claiming that he never met Guiffre.

A piece of damning evidence against the queen’s second-oldest son is a picture of him with his arm around Guiffre when she was 17. Maxwell is smiling in the background of the photograph said to be taken at her London townhome in 2001. The image seen in most publications is a cropped version of the photo but a couple of media outlets have now shared the full photo which shows a mystery person’s thumb on the lower right-hand side. Now, many royal watchers want to know whose thumb that is.

The identity of that person could be crucial to the case as it would bring about another potential witness who saw Andrew and Guiffre together. The thumb could be that of Epstein though as no one has ever come forward in the past two decades to say they were at Maxwell’s house that evening and took the picture.

Prince Andrew insists he has no recollection of the photograph being taken and denies the accusations against him.