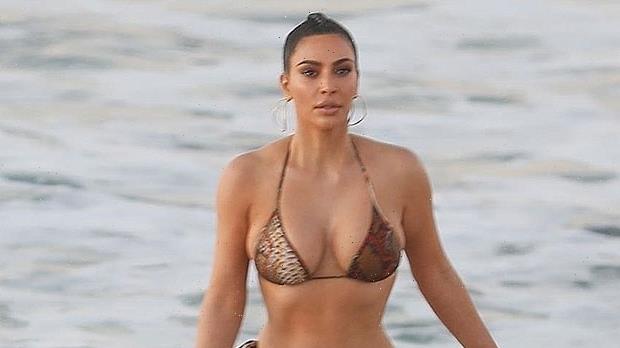 Kim Kardashian used a very specific emoji to describe her new vacation photos that fans think is a subtle reference to her beau Pete Davidson.

Kim Kardashian‘s Jan. 19 Instagram post got her fans talking and speculating about her relationship with Pete Davidson. Imagine that! The SKIMS founder, 41, posted two new photos of her lounging on the beach while rocking a sexy two-piece black bikini from her sister Khloe Kardashian‘s clothing line, Good American. Kim looked effortlessly gorgeous in the images, but it was her caption that got attention from the fans. “Beach 🅿️arty,” the mother-of-four wrote.

At first glance, Kim’s caption seems pretty ordinary. But the “P” square emoji has gotten her fans to believe it’s a clever callout to Pete, 28, whose been speculated to have taken Kim’s bikini photos while they were in the Bahamas together after New Year’s.

Kim’s followers flooded her post to confidently share their Pete-related theories. “PETE party,” one fan commented, while another fan wrote, “Great shots Pete 🙌.” One fan used the same emoji to write “Beach 🅿️etey” on Kim’s post, as the Saturday Night Live star continued to be mentioned in comment after comment underneath Kim’s post.

This isn’t the first instance that fans have connected Pete to Kim’s vacation photos. Kim shared a few beach pics the other day that were seemingly taken in the Bahamas. In the third image, there’s a shadowy figure taking the photo on the sand in front of Kim that fans noticed. And of course, they quickly theorized that it was Pete who took the photos of the brunette bombshell. 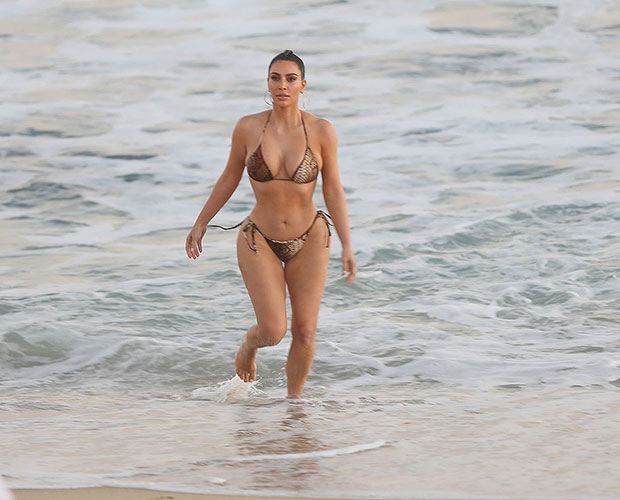 Kim and Pete went on their romantic getaway to The Bahamas from Jan. 3 to Jan. 5. They went to the gorgeous area via a private jet and in photos that were taken during the trip, they both looked so thrilled as they walked together while chatting and flashing big smiles to cameras. Since returning home, Hollywood’s latest A-list couple has been spotted scoring deals at the Camarillo Premium Outlet and grabbing pizza in Los Angeles. While neither star has publicly commented on the relationship, Kim and Pete clearly seem to be having a blast together!