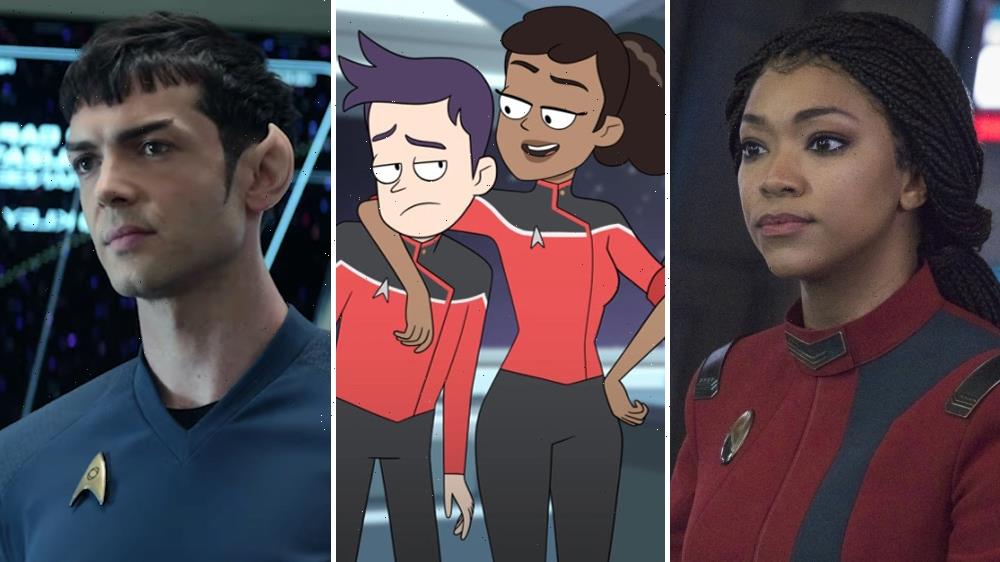 “Star Trek: Discover,” “Star Trek: Lower Decks,” and “Star Trek: Strange New Worlds” have all been renewed at Paramount Plus.

For “Discovery,” that means it will return for a fifth season. The show is due to resume its fifth season on Feb. 10. “Lower Decks” will now be back for a fourth season, with Season 3 of the animated comedy set to debut this summer.

“Strange New Worlds” has yet to debut its first season, which will drop on Paramount Plus on May 5. New episodes will then roll out weekly on the streamer. “Strange New Worlds” stars Anson Mount as Capt. Pike, Ethan Peck as Spock, and Rebecca Romijn as Una Chin-Riley aboard the Enterprise prior to the events of the original “Star Trek” series.

“Four years ago, we made a promise to grow ‘Star Trek’ into something it had never been before, and thanks to the incredibly hard work done by our many talented showrunners, writers, and directors, along with the extraordinary support of CBS Studios and Paramount Plus, we’re keeping our word,” said Alex Kurtzman, who oversees the “Star Trek” TV franchise for CBS Studios. “Now our current shows are set up for the future as we work to build ‘Trek’s’ next phase of programming for years to come.”

Paramount Plus has also revealed more premiere dates. Season 2 of “Star Trek: Picard” will now premiere on March 3, with new episodes dropping weekly thereafter. It had previously been reported that the show would debut in February. Season 3 of the series starring Sir Patrick Stewart is currently in production. Meanwhile, the kid-focused animated series “Star Trek: Prodigy” resumed the first half of its first season on Jan. 6. The second half of the season will be available later in 2022.