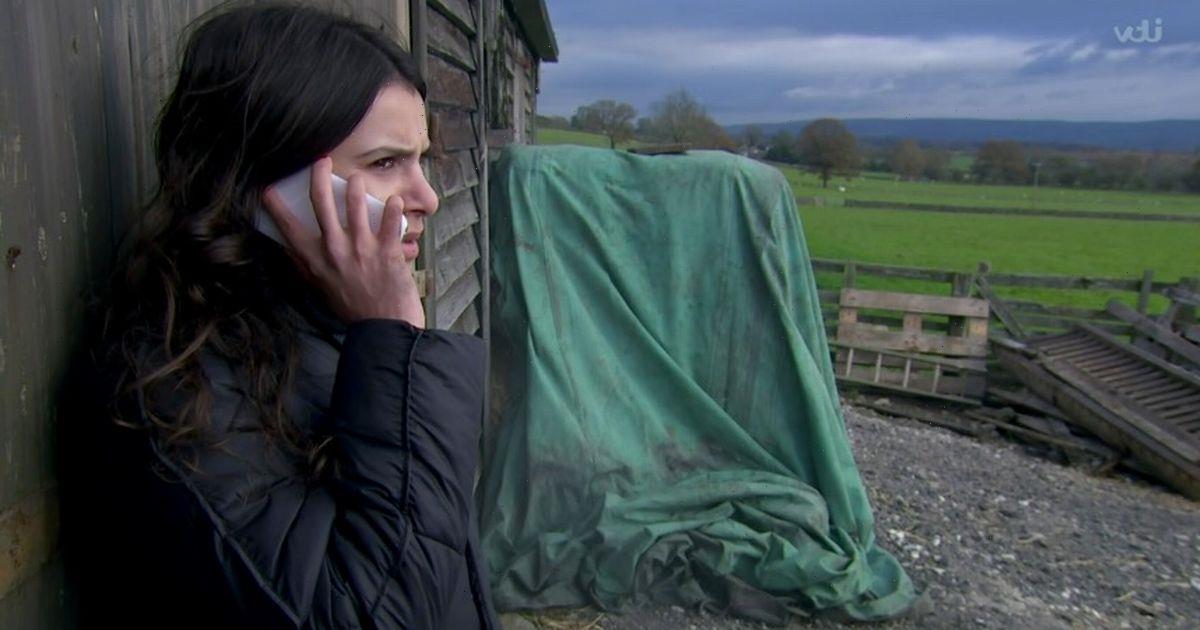 Emmerdale fans were left frustrated on Thursday's episode as murderer Meena Jutla got away with her crimes again as she escaped to Scotland after hitchhiking a ride.

Only recently, village murderer Meena has been keeping Manpreet Sharma and Vinny Dingle locked up in an abandoned barn and planning to kill them both in a horrific double murder plot.

However, Manpreet and Vinny were saved by Liam Cavanagh on Thursday's episode after he discovered Meena had lied about the baby and miscarriage.

Liam had told Billy Fletcher that his ex Meena had lied about losing their baby and he rang her for answers, where she asked him to meet her alone at the barn.

However, instead of Billy showing up, it was Liam as Meena pretended she was distressed and promised the doctor that she would seek help the next day.

And after hearing a noise inside the barn, Liam, who pretended to leave, snuck in where he saw Manpreet and Vinny being held hostage and knocked Meena out with a piece of wood.

Liam then took Manpreet and Vinny to safety outside where they broke the devastating news that the evil nurse had in fact murdered his daughter Leanna, who he thought had died due to an accident.

Seeking revenge, Liam headed back inside the barn where Meena had escaped and he chased her into the woods as he vowed to avenge his daughter's murder.

At one part during the chase, it looked as though Meena was going to kill Liam but she was interrupted by two police officers who called out in the woods.

The episode ended with Meena escaping with a "new victim" in a lorry after hitchhiking on the side of a road and pretending that she had a row with her "boyfriend".

In chilling scenes, as the lorry driver revealed the next stop was Glasgow, Meena exclaimed: "Hi Tommy, you can call me Manpreet!"

Soap watchers were left frustrated as they questioned how Meena was able to easily escape and why the police didn't use helicopters to track down a serial killer on the loose.

Taking to Twitter, one person said: "Pretty sure the police would have a helicopter out and more than two officers with little torches looking for her #Emmerdale."

While another soap watcher asked: "Wheres the Police helicopter #Emmerdale."

For all the latest cast updates and juicy Emmerdale spoilers, sign up to our daily OK! Newsletter . Emmerdale continues weekdays at 7pm on ITV.