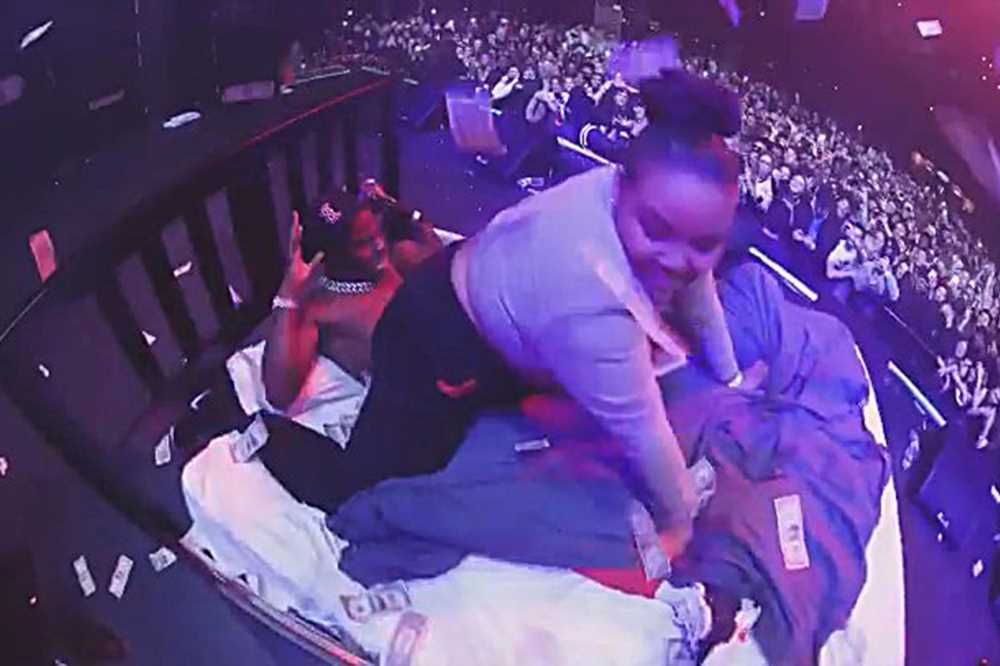 A fan of DaBaby had the night of her life Tuesday when the rapper invited her onstage for a racy performance in Boston.

DaBaby, whose real name is Jonathan Lyndale Kirk, shared a video on Instagram from his concert that showed an unidentified female fan humping him in front of hundreds of fans at the House of Blues.

The controversial performer, 30, was seen lying on a bed while the woman, who wore a long-sleeved gray tee and black leggings, jumped on top of him.

A shirtless DaBaby, wearing nothing but a black hat and gold jewelry, grabbed her behind as money rained down from the ceiling.

“Had to wait on the kids to go bed to post this one,” the embattled hip-hop star wrote in the caption of the video. 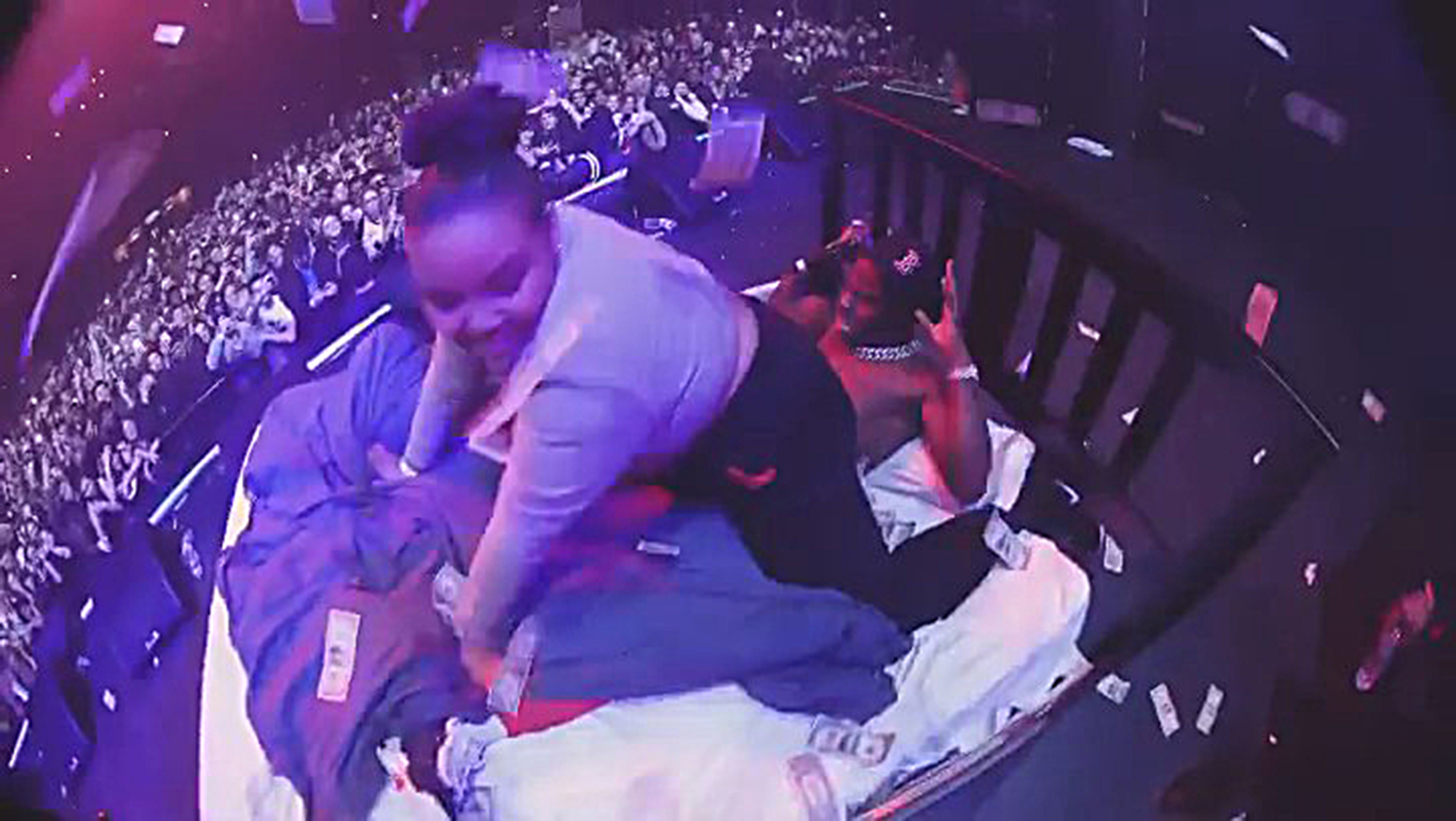 “I love you girl. Just like I told you in person,” he continued. “You and every other fan that don’t give a f–k just like me, WE THEM ONES! The world gone adapt when they ready.”

The video didn’t show how the fan made her way onto the stage. 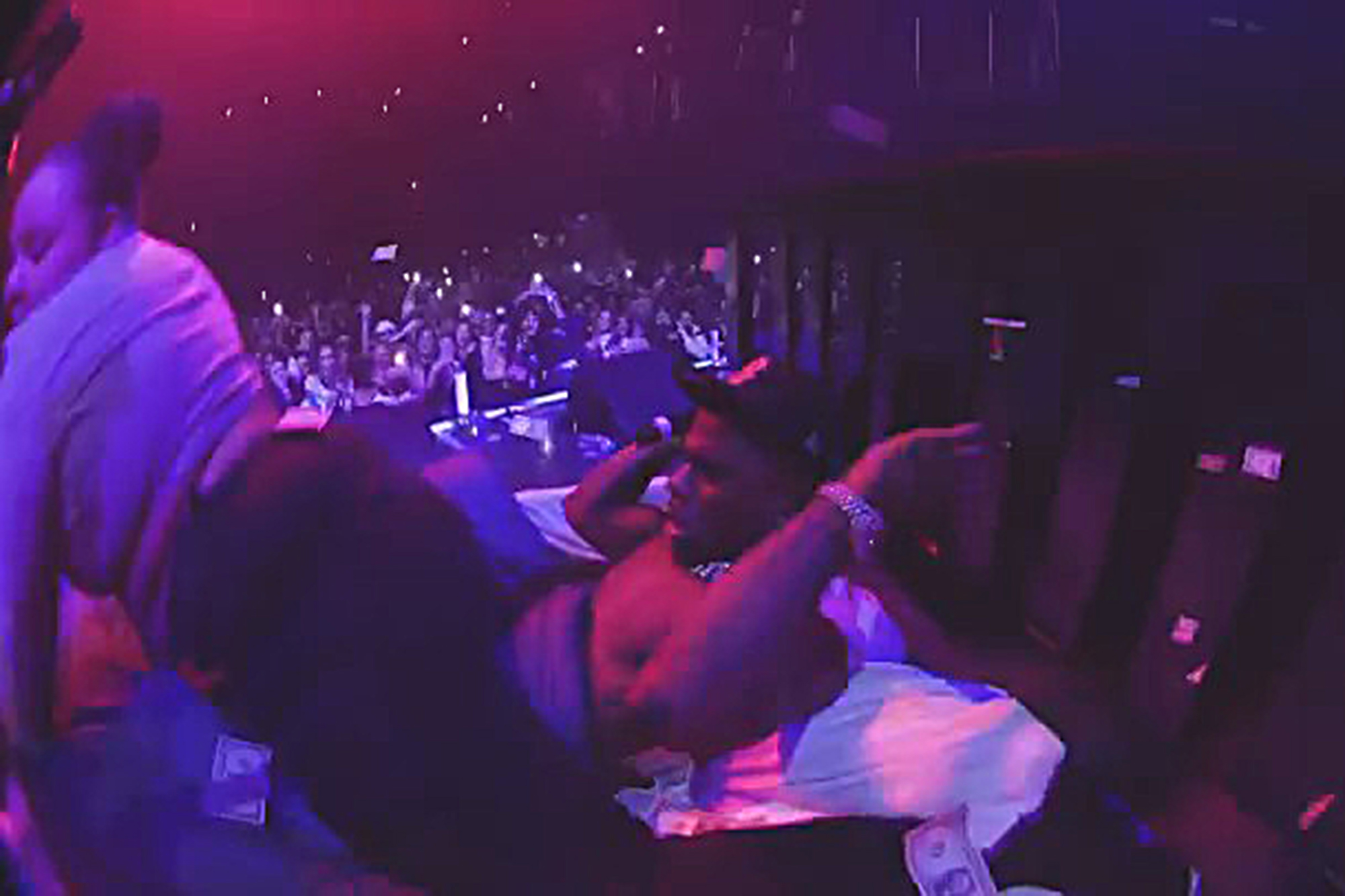 DaBaby is in the middle of his Live Show Killa Tour despite coming under fire in July 2021 for going on a homophobic rant at the Rolling Loud music festival in Miami. 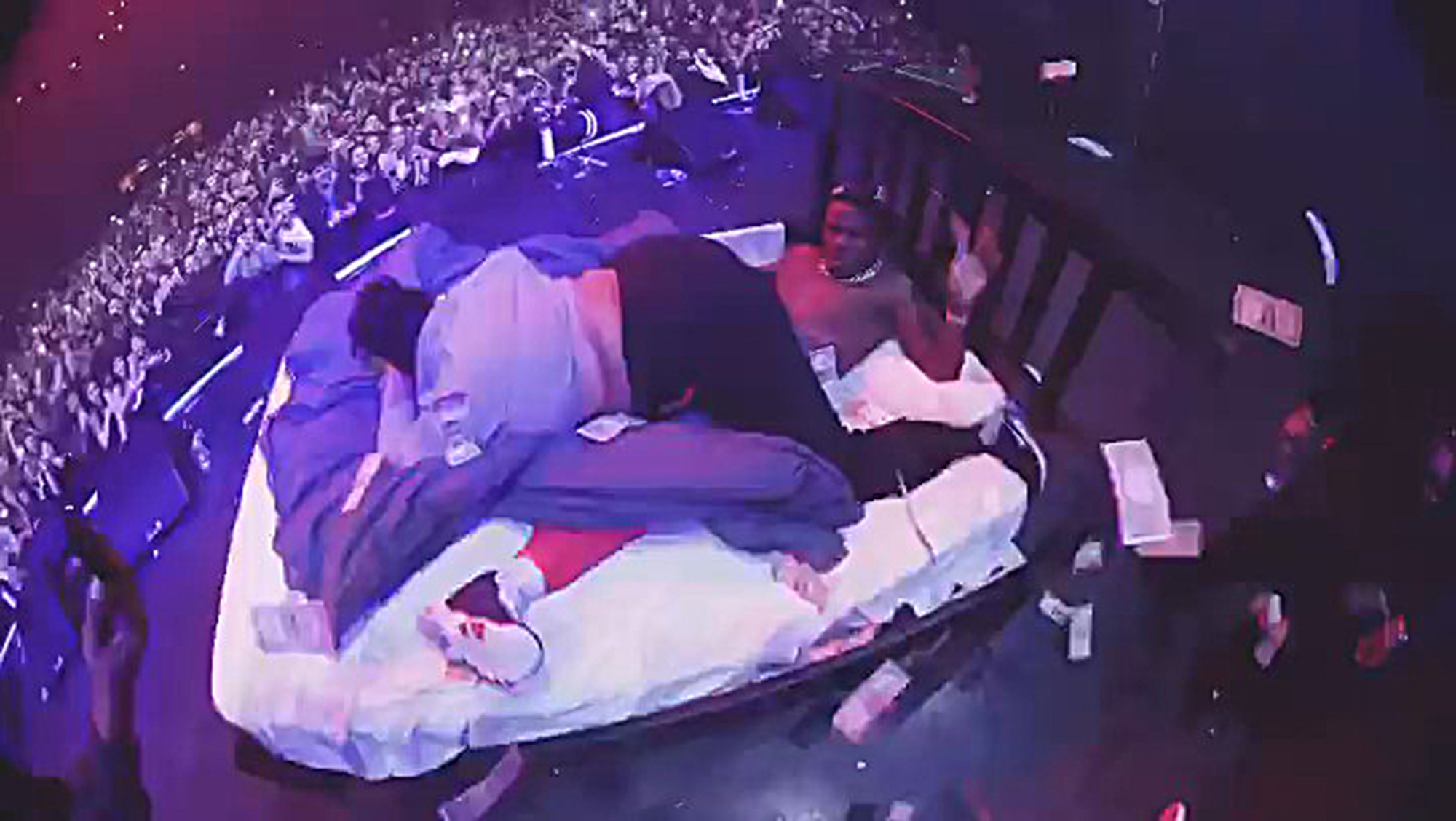 He initially defended the comments, but later issued a half-apology on Twitter.

“Anybody who done ever been effected [sic] by AIDS/HIV y’all got the right to be upset, what I said was insensitive even though I have no intentions on [sic] offending anybody. So my apologies,” he wrote at the time. “But the LGBT community… I ain’t trippin on y’all, do you. y’all business is y’all business.” 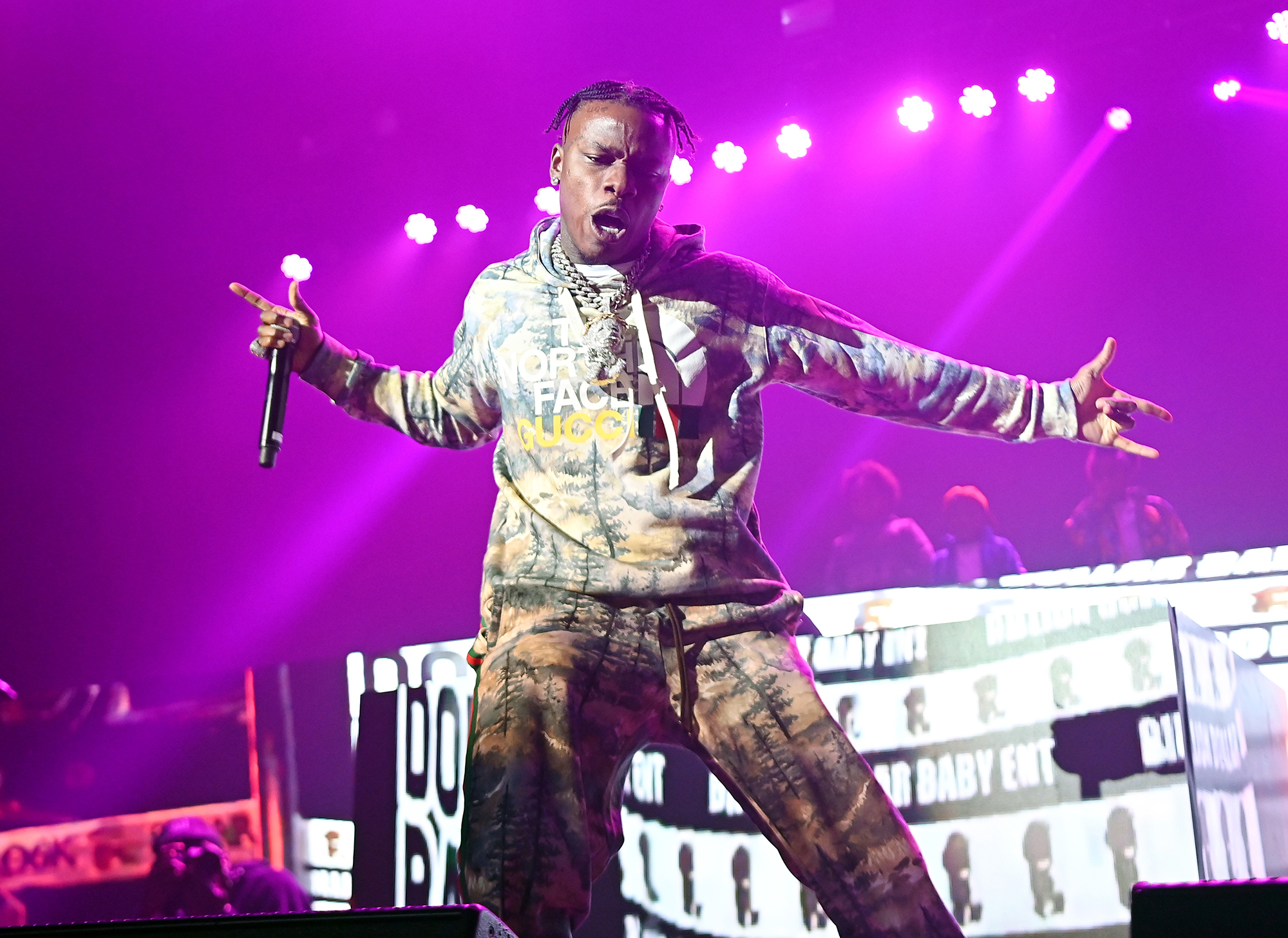 Several artists, including his “Levitating” collaborator, Dua Lipa, condemned his comments about the LGBTQIA+ community.

“I’m surprised and horrified at DaBaby’s comments,” Lipa, 26, said in a statement at the time. “I really don’t recognize this as the person I worked with. I know my fans know where my heart lies and that I stand 100% with the LGBTQ community. We need to come together to fight the stigma and ignorance around HIV/AIDS.”