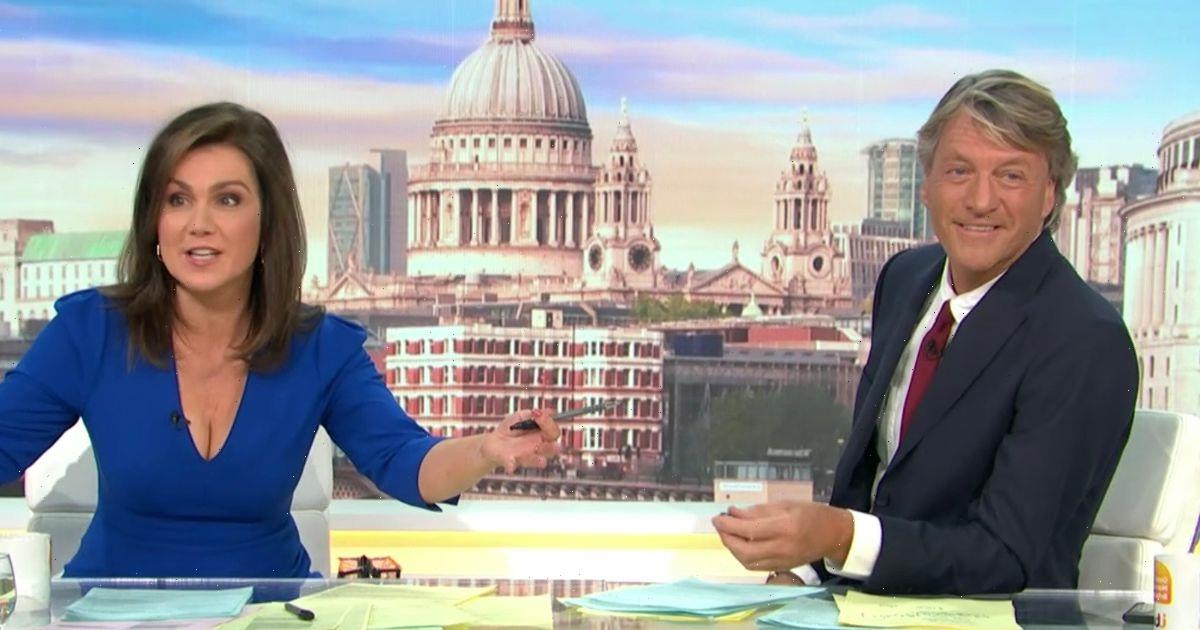 Richard Madeley seemed to almost drop the F-bomb during a furious rant about smart motorways on Good Morning Britain.

The 65-year-old TV host had voiced his concern on the subject matter in the past and it's safe to say he's certainly on a mission to prevent more roads from being installed.

In a discussion with Kevin Maguire and Andrew Pierce, Richard asked: "But what if you have a blow out?

"What if you have a total electrical breakdown – which is a very common fault in modern cars – you can’t just stop or limp onto a lay-by, you would be stuck in a f…." he stopped himself before continuing: "In a lane."

His accidental slip of the tongue didn't go unnoticed by GMB viewers who took to Twitter to call him out.

Another online user shared a video clip of the moment, asking: "Did Madeley nearly slip up and swear here?"

One response read: "Thanks for the confirmation, I thought I was hearing things."

A second replied: "Yes! We heard it too."

While a third confirmed beneath the post: "Spotted it straight away 100%."

Meanwhile on the programme, Richard made the jaw-dropping admission that he'd missed his wedding anniversary.

Richard had taken part in the latest I'm A Celebrity… Get Me Out Of Here! – explaining that he'd needed to pass up his 35th anniversary celebrations to wife Judy Finnigan in a bid to take part in the show.

In a chat with Richard Arnold and Susanna Reid, he hit back at the celeb expert: "Listen you, it was our 35th wedding anniversary when I was in the castle.

"I left her with an emerald ring so there!

"How much was the ring though that you'd bought?" asked Susanna.

"What?" exploded Susanna, as her co-host fell about laughing, adding: "Of course not."

Good Morning Britain airs weekdays at 6am on ITV