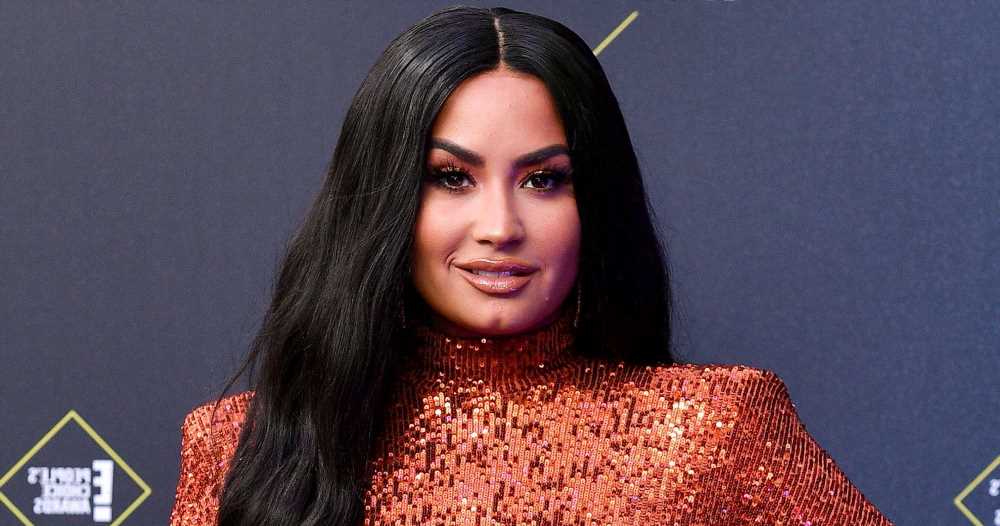 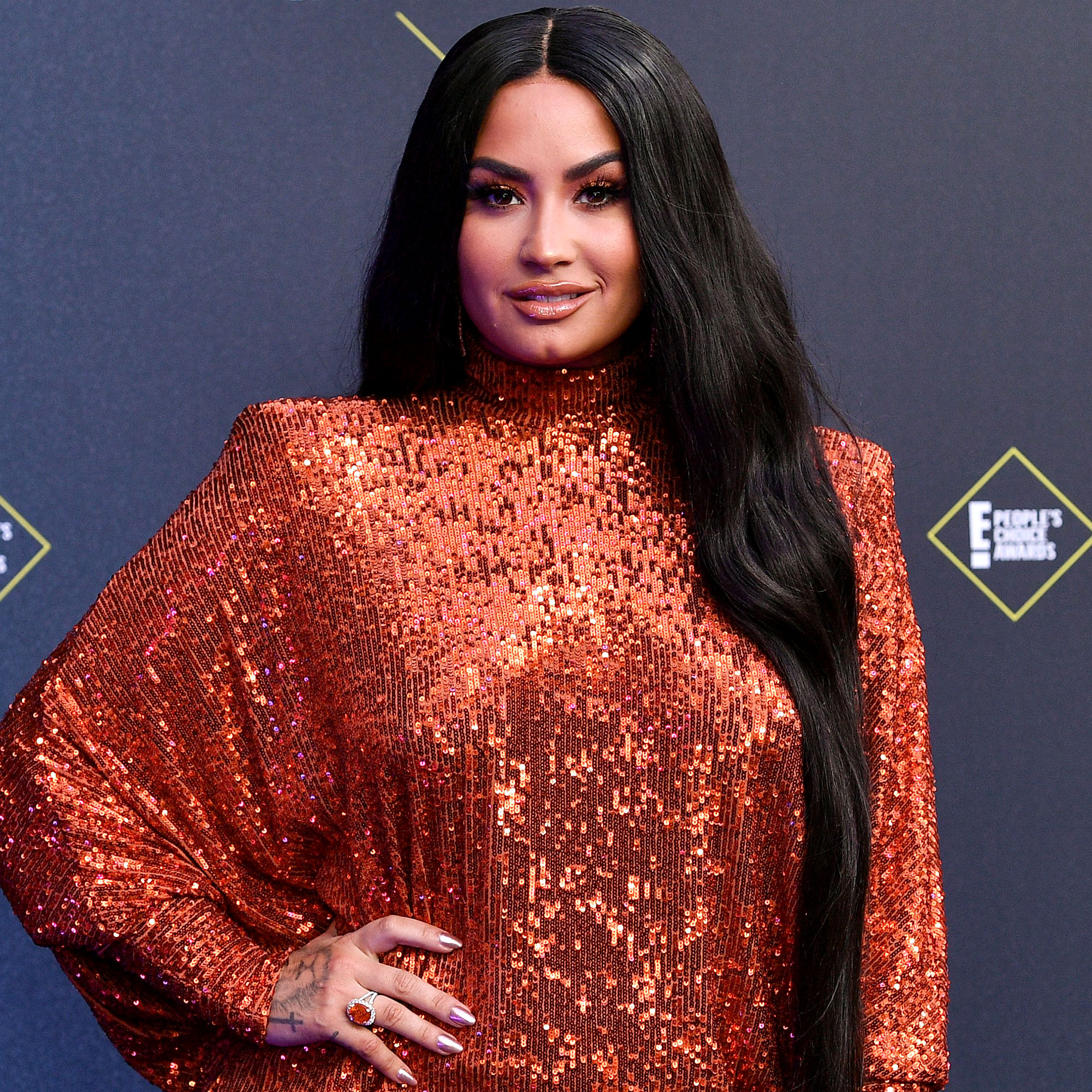 That one’s gotta hurt. Just days after debuting a huge spider tattoo on their scalp, Demi Lovato decided to get a massive piercing in their ear.

The 29-year-old singer took to Instagram Stories on Monday, January 10, to show off their new bling from Daniel Ruiz. “New piercing by @mrprickrichink,” the Camp Rock star captioned a little video.

While the two piercings in their earlobe have been there for quite some time, the huge industrial bar through the top of their ear is all shiny and new. The bar is flanked by two spheres.

Pop on over to Ruiz’s Instagram account, where he re-shared Lovato’s video, and it’s safe to say that fans are obsessed with the singer’s latest bling. “Hands down dope,” one person wrote, while another follower said, “I love it!: Someone else added: “Me next!” 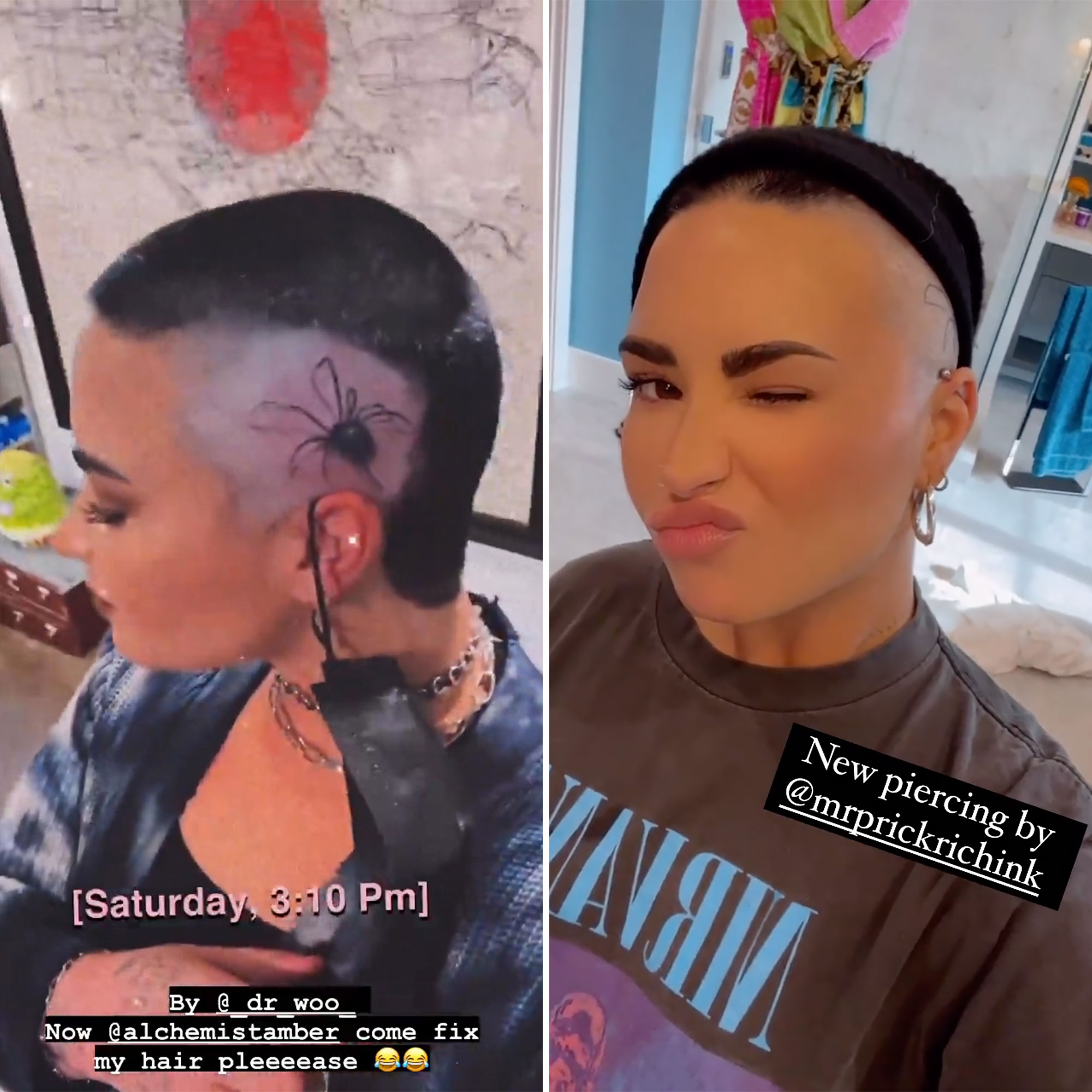 The new piercing also happens to draw some extra attention to their new scalp tattoo. The singer took to Instagram on Saturday, January 8, to debut a 3D design of a spider of the right side of their head. “Saturday, 2:35 Pm,” the “Sorry Not Sorry” singer captioned an Instagram Story that showed tattoo artist Dr. Woo hard at work on their new design.

As for the meaning behind her ink? Lovato, who completed a stint in rehab before the 2021 holidays, clued their fans in via a quote on Instagram.

The “Heart Attack” singer’s decision to get a tattoo on their scalp followed their choice to shave their entire head. In December 2021, Lovato took to Instagram to debut a new buzz cut, which they called a “fresh start.” The look has been a long time coming however. Lovato, who came out as non-binary in May 2021, revealed in an interview with Glamour that they view hair as a “heteronormative box.”

The singer went on to say that their “end goal” was to completely shave their head, as that would “make me the happiest.” “I am now making choices — for the day, and then the future — about what it is I want,” Lovato said in an April interview.