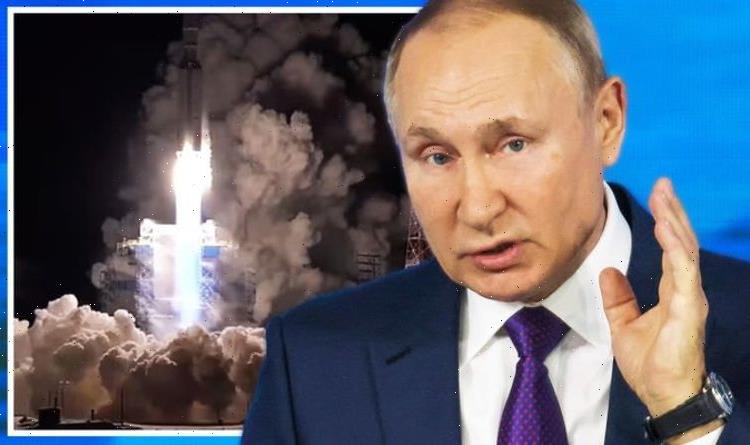 The new generation Angara A-5 heavy carrier rocket, which was Russia’s biggest launch since the fall of the Soviet Union, malfunctioned after the failure to make it to the necessary height. Although the rocket only contained a “mock-up” satellite, it was crucial to the Kremlin as a new military weapons delivery system.

The Angara-5 rocket is meant to take advanced spy and weapons navigation satellites into orbit and may be used in future missions.

It is the first heavy-lift launch vehicle used by the Russian space agency Roscosmos in decades.

The Angara and the Persei booster carried a mock satellite payload on this pioneering test flight and experts believe the Angara A-5 initial rocket launch worked but there was a failure with the later separation from the Persei booster.

It is now thought that the 20-tonne payload will burn up when the rocket enters the Earth’s atmosphere and tiny fragments will hit the surface.

They predict that the fragments will land on Thursday morning, give or take 14 hours.

Researchers are tracking the rocket believe that it will most likely land in the pacific ocean, however it is still too early to tell.

The modern Angara A-5 rocket is a vital component of the Kremlin’s ambition to send advanced spy and weapons navigation satellites into orbit in the coming years.

This heavy-lift launch vehicle is also expected to play a crucial role by sending robots and eventually people to land on the moon – in partnership with China.

According to reports, Russia and China reached an anti-NATO agreement last week to cooperate in space for five years.

The pair will sign the new space ‘Cooperation Program’ next year and it will run from 2023 to 2027.

It will reportedly include a plan to create an International Lunar Research Station (ILRS) by 2035.

It will also include plans to support the development of the ground segment of the two countries’ national satellite systems.

Russian officials claim that the Angara A5 is more environmentally friendly than its predecessors, as it uses oxygen and kerosene as fuel instead of toxic heptyl.

Russia hopes that the Angara family of rockets will help give them an edge in the “space wars” and also provide a boost to the nation’s private space industry.