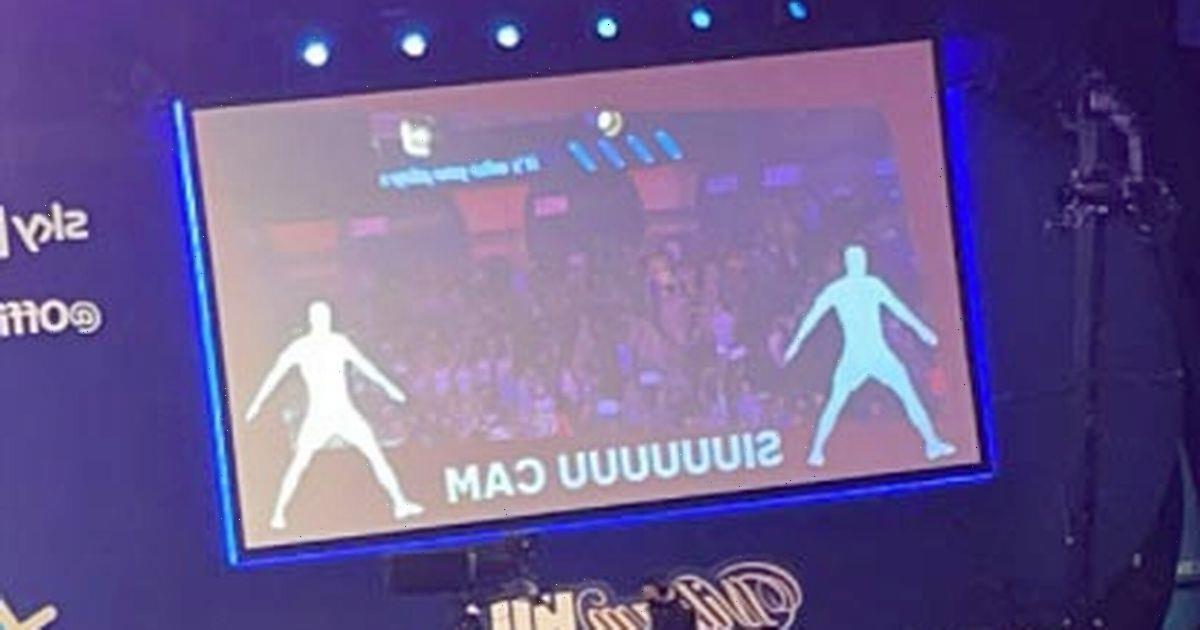 Darts fans have been split over the use of a 'Siuuu cam' for fans at the 2022 PDC World Darts Championship as spectators bid to emulate the celebration of Cristiano Ronaldo.

For many Alexandra Palace spectators, getting a chance to shine on the big screen can play a large part in the overall experience, with camera operators looking for those who stand out in the crowd.

A new addition this year is the use of a 'Siuuu cam' in the style of a 'kiss cam' that can be seen across several sports in the United States.

Despite some opting not to recreate the jump and shout celebration, others have delighted in giving it their all after Ricky Evans and Daryl Gurney gave their best efforts on stage.

Alongside a snap of the camera in action on the big screen, a fan wrote: "What an embarrassment."

With a second adding: "I will never watch darts while they have this monstrosity."

A third continued: "I no longer wanna go darts."

With a fourth agreeing: "Would like to take back everything nice I’ve ever said about darts."

Would you have a go at Ronaldo's celebration? Tell us in the comments section

The cam comes after Evans left fans in hysterics by channeling the Manchester United forward, having adopted his celebration in recent tournaments.

One viewer joked: "Don't tell me darts isn't a sport, look at the athleticism on that suiii Ronaldo would be proud."

Another said: "Of course Ricky Evans was going to do a SIU on stage."

A third said: "Ricky Evans doing the SIU celebration…The darts is back."

Speaking about his celebration in 2019, Ronaldo said: "I started to say 'si', it's like 'yes', when I was in Real Madrid.

"When we would win, everyone would say 'siiiii' and so I started to say it. I don't know why, it was natural. I was in the USA and we played against Chelsea [in 2013] and I don't know where this is coming from, the celebration.

"I just scored the goal and it just came out. It was just natural, to be honest.

"Since that, I started to do it more often and I feel like the supporters and the fans see it and they're like 'Cristiano, Siiiiuu'. I'm like wow! People are reminded of me because of it, so it's good. I'll continue doing it like that."