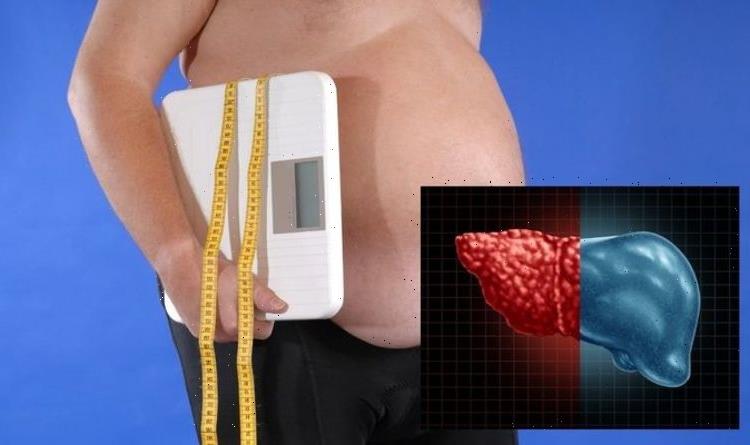 Visceral fat poses a health risk, as it can interfere with the function of the organs it is around.

It has also been linked to increased risk of breast cancer in women.

Exercise plays an important part in controlling visceral fat levels, and research has identified that some exercises produce stronger benefits.

Resistance training did not produce significant changes to visceral and liver fat, or other aspects of metabolic disease such as insulin resistance.

Lead author Cris Slentz, PhD said: “Resistance training is great for improving strength and increasing lean body mass, but if you are overweight, which two-thirds of the population is, and you want to lose belly fat, aerobic exercise is the better choice because it burns more calories.”

The aerobic exercise group did the equivalent of 12 miles jogging each week, at 80 percent of maximum heart rate.

Slentz notes that more moderate aerobic exercise can achieve the same results if you are willing to do it for longer.

He said: “What really counts is how much exercise you do, how many miles you walk, and how many calories you burn

“If you choose to work at a lower aerobic intensity, it will simply take longer to burn the same amount of unhealthy fat.”

The mechanisms by which visceral fats pose a greater health risk to other types of fat is not fully understood at this time.

Fat cells adjacent to the liver release harmful products directly into the surrounding bloodstream, which then feeds into the liver.

Engorged or otherwise unhealthy fat cells around the liver therefore pose a bigger health risk than fat further away.

Another theory is that the location of visceral fat in the abdomen creates stress responses in the body.

These mechanisms, such as inflammation, cause elevations to blood pressure and blood sugar that harm the body.

Slentz said: “When it comes to increased health risks, where fat is deposited in the body is more important than how much fat you have,

“Our study sought to identify the most effective form of exercise to get rid of that unhealthy fat.”

The study examined the effect of exercise on 196 adults between the ages of 18 and 70.

They were overweight and sedentary at the beginning of the study, so they were not used to regular exercise.

They were split into aerobic training, resistance training and a combination group.