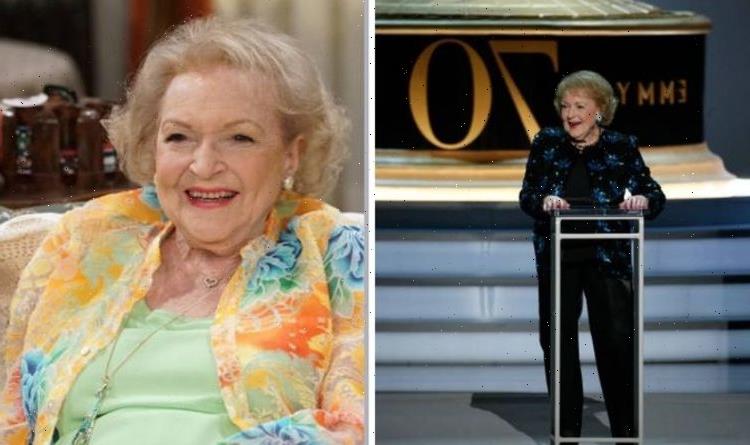 Betty White is celebrated at the Emmy Awards in 2018

Betty White died earlier today aged 99 as her close friend and agent shared how she “wasn’t afraid of dying”. The Golden Girl reportedly “wanted to be reunited” with late husband Allen Ludden.

Betty’s agent and close friend Jeff Witjas said he would miss her terribly and that she never “feared” dying.

Betty was ready to celebrate her 100th Birthday on January 17 before she died.

Jeff said that he thought Betty would “live forever.”

He said, in a full statement to Deadline: “Even though Betty was about to be 100, I thought she would live forever.”

“I will miss her terribly and so will the animal world that she loved so much.

“I don’t think Betty ever feared passing because she always wanted to be with her most beloved husband Allen Ludden.

“She believed she would be with him again.”

“Opening up about her age she recently said she felt “lucky.”

“I’m so lucky to be in such good health and feel so good at this age,” said the veteran actress earlier this week.

According to White, being “born a cockeyed optimist” was essential to maintaining her upbeat nature.

“I got it from my mom, and that never changed,” she explained. (sic)

“I always find the positive.”

The famous actress also joked about the secret to her long life, telling PEOPLE: “I try to avoid anything green.

Following the news of her death, PEOPLE editor-in-chief Dan Wakeford said: “We are deeply saddened by the news of Betty White’s passing.”

“We are honored that she recently chose to work with PEOPLE to celebrate her extraordinary life and career.” (sic)

Betty’s career lasted over nine decades, during which time she had plenty of iconic roles.

Some of her best known parts include Hollywood on Television, The Betty White Show and The Golden Girls in the 1980s.

Over her career, she won five Primetime Emmys and was nominated three times for the Screen Actors Guild Awards.