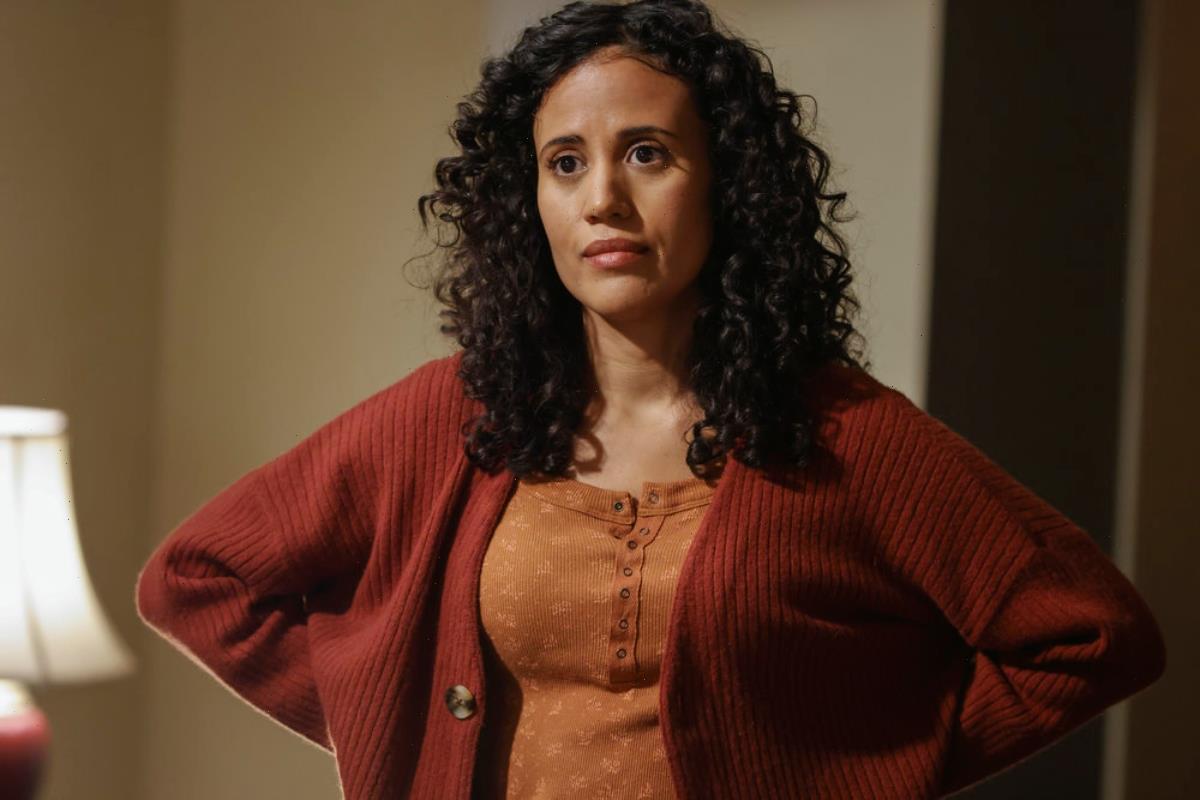 The Blacklist Season 9 finally returns next week. The series has been on hiatus since early December, and fans are dying for a new episode. Episode 7 will tell the story of Donald Ressler dealing with the aftermath of Liz’s death through a series of flashbacks. Promo photos for the episode show two new characters that have not been introduced in the series before. 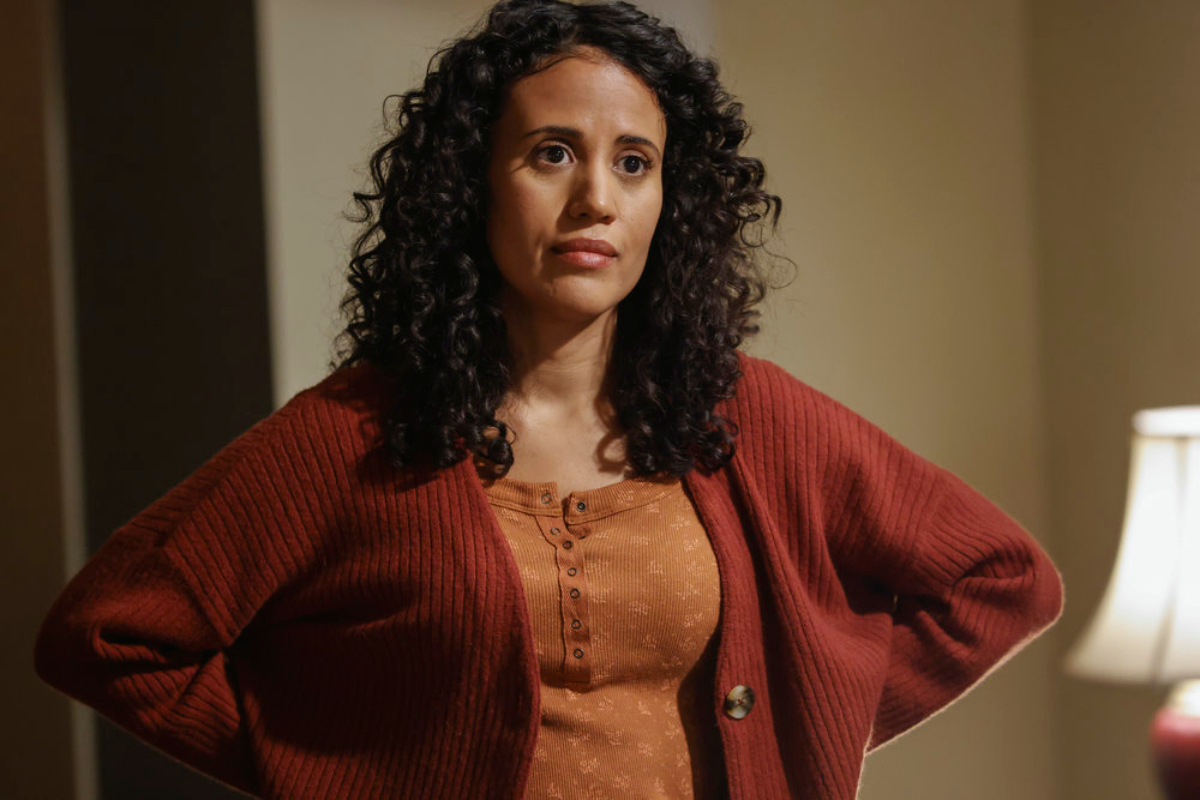 ‘The Blacklist’ Season 9 Episode 7 will focus on Donald Ressler

The Blacklist Season 9 Episode 7 is titled “Between Sleep & Awake,” which was a pretty good hint the episode’s story will be atypical in some way. The episode will tell the story of Ressler dealing with the aftermath of Liz’s death through flashbacks.

One promo photo shows Ressler with his hand on a tombstone that presumably marks Liz’s grave. Ressler is clean-shaven and wearing a suit, which likely means this happened shortly after Liz’s death. Later, Ressler grows out his beard and his hair becomes longer and a bit scraggly. 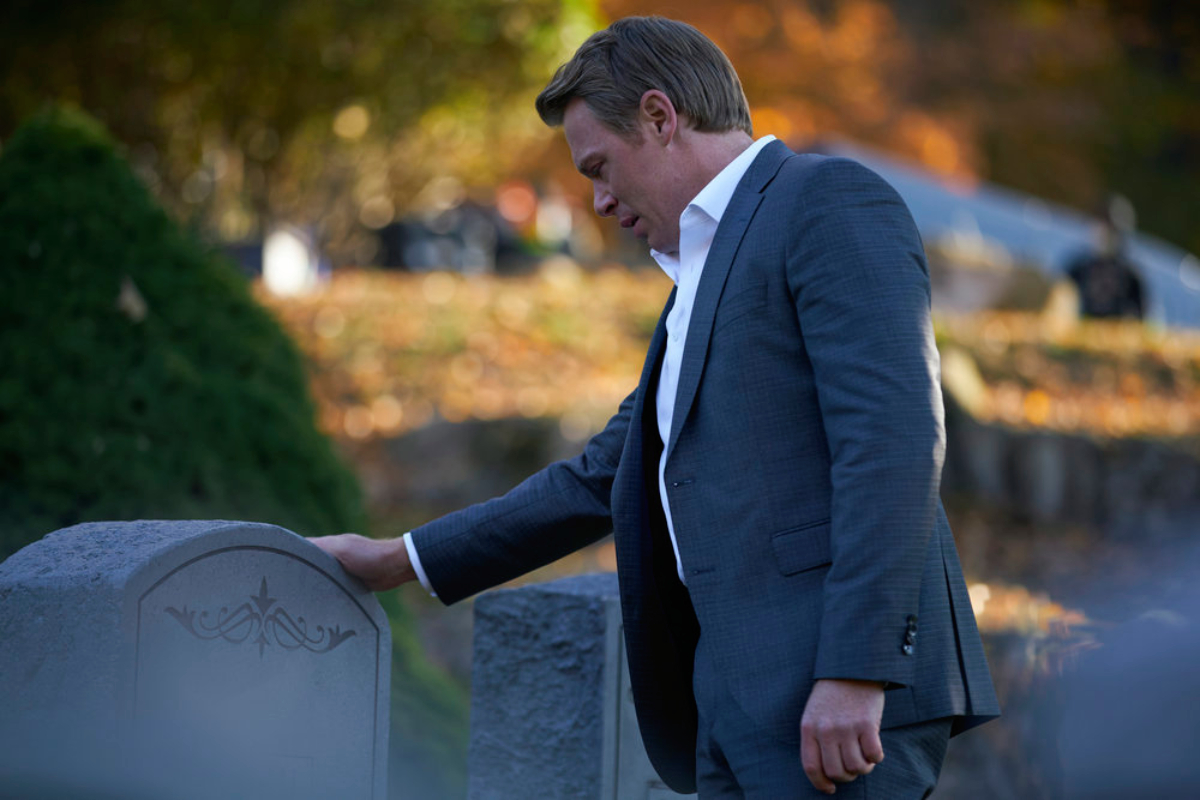 The Blacklist Season 9 Episode 7 will mostly focus on Ressler. It’s possible that other main characters from the series won’t even appear in this episode. However, “Between Sleep & Awake” will introduce a few new characters from Ressler’s flashbacks.

One image shows a woman with curly black hair and an exasperated look on her face. The character’s name is listed simply as Lauren (played by Kimberli Flores). Flores is known for appearing in TV shows such as Daredevil, Blue Bloods, and NCIS: New Orleans, according to IMDb.

Another photo shows a scruffy-looking Ressler laying on the floor in front of a young boy. The kid has the same curly hair as Lauren and wears round glasses. The captain reveals his name is Theodore, played by Dean Scott Vasquez. 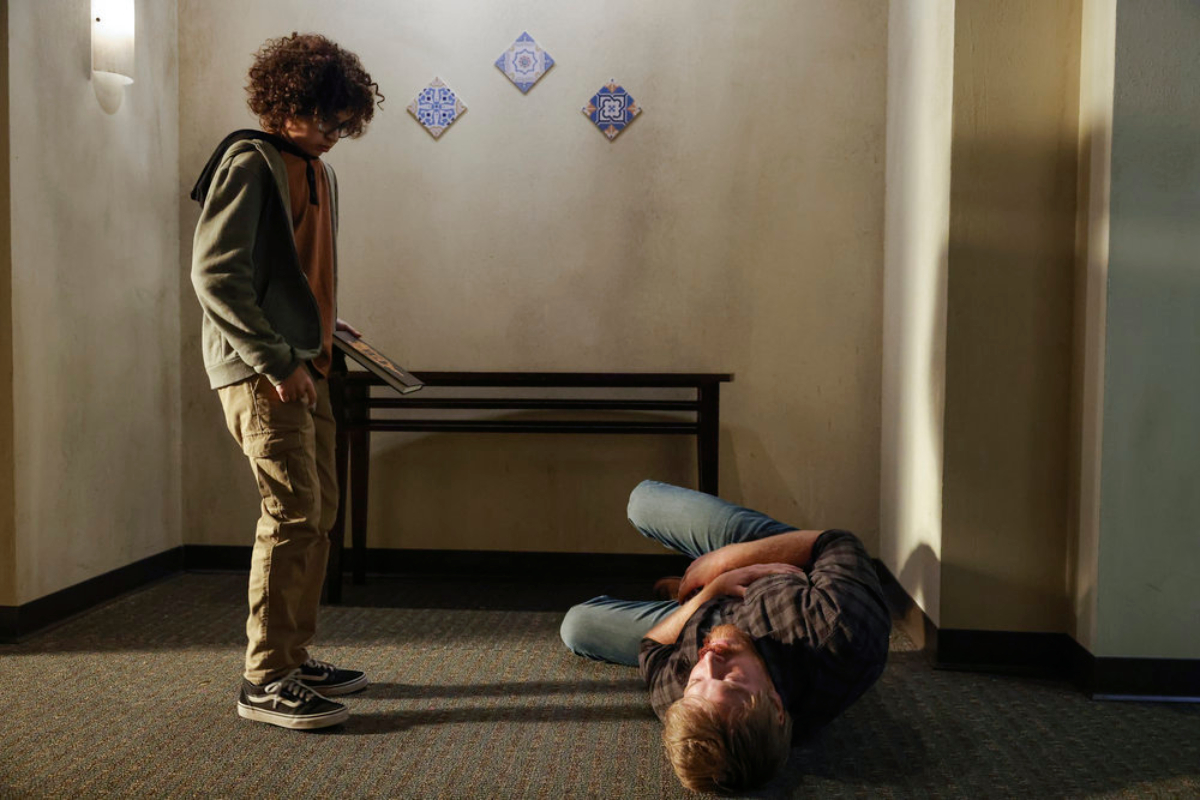 Who are Lauren and Theodore in ‘The Blacklist’ Season 9?

It’s probably a decent guess to presume that Lauren and Theodore are mother and son. Their interactions with Ressler seem to take place inside a house or apartment. It could be that this new pair of characters are Ressler’s neighbors.

The Blacklist Season 9 revealed that Ressler slipped back into abusing prescription pain medication. This likely began after Liz’s death. Perhaps Theodore finds Ressler high or in distress and calls on his mother to help him.

Another less likely scenario could be that Lauren is a love interest of Ressler’s. However, considering the rough state Ressler appears to be in, it seems unlikely that he would have had any kind of relationship so soon after Liz died. It will be interesting to see how these two new characters play out in Ressler’s flashbacks.

New episodes of The Blacklist premiere Thursdays at 8 p.m. ET on NBC.

How to get help: In the U.S., contact the Substance Abuse and Mental Health Services Administration helpline at 1-800-662-4357.