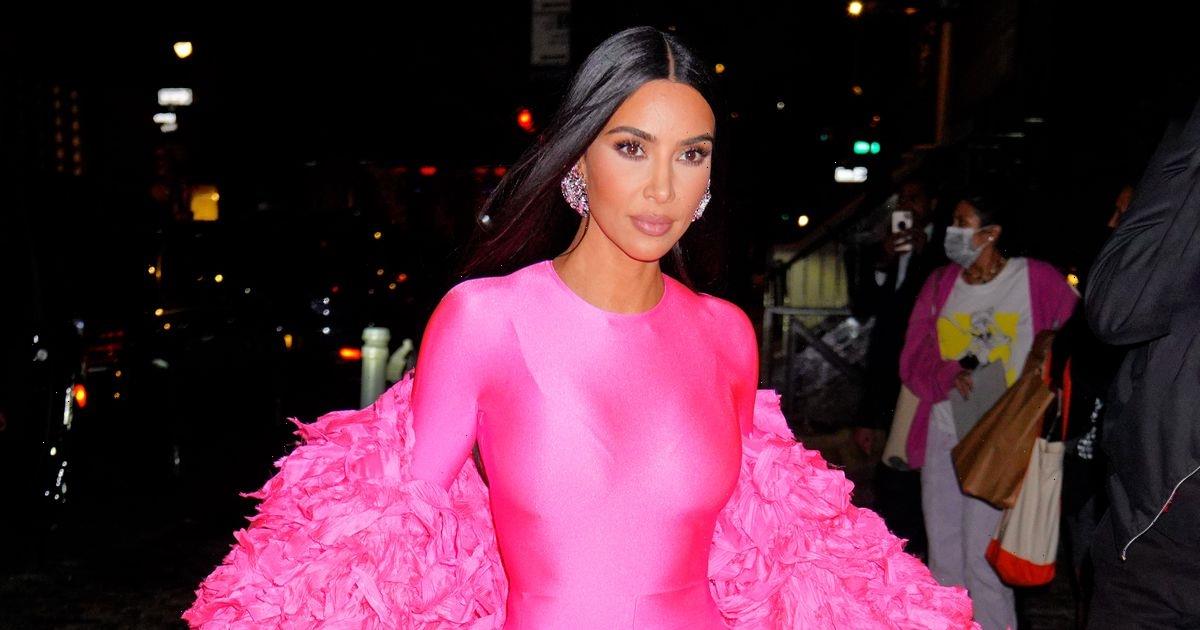 Fans of Kim Kardashian have shared a theory as to why she's been wearing a series of bodysuits and gloves to cover her skin up lately.

The 41 year old, who recently spared no expensive with her Christmas light display at her mansion, has pulled out some incredible looks this year and she couldn't help but show them off in a collage on her Instagram on Thursday, 30 December, for her 274million fans to see.

A large number of her looks have been bodysuits, including the full black Balenciaga one she wore to the Met Gala in September, an incredible pink bodysuit she donned for the SNL afterparty as well as the chocolate brown one she wore for Christmas with her family.

Now, one Reddit user has offered a possible explanation for her new fashion choice as they wrote: "Maybe someone has already said it, but I'm wondering if her psoriasis has been really flaring up this year due to stress- like the divorce."

Kim filed for divorce from Kayne West after almost seven years of marriage in February 2021.

The Reddit user continued: "Which would make PERFECT SENSE as to why she's only been wearing body suits for the past few months. "I know she has great resources around her to fix it, but I've heard that big flare ups can be super tough to manage and even cause scarring. What do y'all think?"

Meanwhile, fans on Twitter couldn't help but think the same thing as one person wrote: "I’ve actually been concerned that her psoriasis is to blame. Those outfits look so uncomfortable, God bless her for wearing them."

Another shared: "I’m convinced Kim kardashian is always wearing gloves & completely covered up lately cause of her psoriasis".

As a third added: "@KimKardashian always looks good but her SNL outfit and her Met makes me curious if her psoriasis is getting that bad? Either way, go off queen".

The NHS describes the chronic skin condition as one that causes "red, flaky, crusty patches of skin covered with silvery scales".

Kim has previously been open about her battle with psoriasis and first spoke out about it on her sister Kourtney's website Poosh, where she explained she got her first flare up after a cold triggered it at the age of 25. She later shared how she's accepting her condition as part of who she is as she wrote on her app: "Sometimes the rashes are itchy, sometimes they're flaky. Mine flares up from time to time for different reasons….

"Scientists are constantly researching and developing new medications to help treat it, but for now I use a topical cortisone ointment every night before bed.

"I'm always hoping for a cure, of course, but in the meantime, I'm learning to just accept it as part of who I am.”

Stay up to date with all the latest on Kim Kardashian by signing up to OK!'s daily celebrity newsletter.