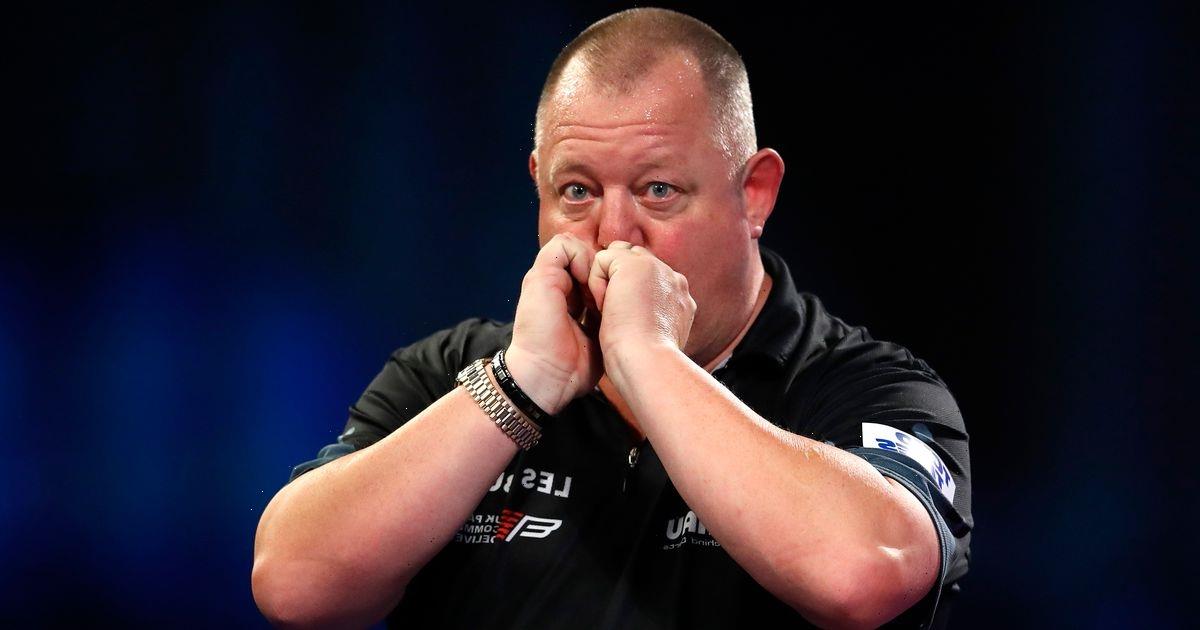 PDC World Darts Championship quarter-finalist Mervyn King dreamt of being an F1 driver and won two of his first three races during his early dalliances with the world of motorsport.

These days Merv is the King of the Palace, with the support from the crowd during his last-16 victory over Raymond Smith proving so overwhelming that he had to wipe the tears away after the match.

But life could have turned out very differently for the 55-year-old from Suffolk, who, as a youngster, wanted to follow in the footsteps of the likes of James Hunt and Niki Lauda and become an F1 driver.

King revealed his love of all things cars in an interview with The Times in 2011, where he said: "Forget the perceived image of darts players as slouching over a beer in a pub, I love the exhilarating thrill of a fast car that forcibly pins me to the back of the seat as it accelerates above 200mph."

"I love driving on the edge. I can drift a car at high speed and have done a 360-degree turn. I’ve souped-up my BMW M5 and tinkered with the speedometer so that it no longer stops at 155mph, but touches 220mph with a rapid climb. It has 1,300 horsepower, viciously quick."

While King now entertains the masses at the Palace, once upon a time he wanted to thrill fans at the cathedrals of motorsport, only for the exorbitant costs to get in the way.

How many races would Mervyn King win if he drove for Mercedes next season? Let us know in the comments section.

Don't miss a thing with our football updates!

Want to be on the ball with all of the latest football news?

Well then sign up for the brilliant Daily Star football email newsletter!

From the latest transfer news to the agenda-setting stories, get it all in your email inbox – don't miss a thing.

It only takes a matter of seconds.

Simply type your email address into the box at the top of this article and hit 'subscribe'.

And that's it, job done. You'll receive an email with all of the top news stories every single morning.

You can find out more information on our email newsletter on this link here.

"I began racing cars when aged 14 but the cost of becoming a rally driver, or pursuing my dream job in Formula One, was prohibitive for my father, who worked in a factory," he added.

"I won two of my first three races on gravel in Suffolk, driving a modified Alfa Romeo Alfetta that would beat its road version by three seconds over a short distance. I loved Ford Capris."

Perhaps in another life, King might have lined up on the F1 starting grid alongside Michael Schumacher, but then we might never have gotten to see his darting prowess.

The veteran thrower has made the latter stages of all the PDC's major tournaments and on Tuesday booked his place in the last-eight for the first time at Ally Pally since reaching the semi-finals in 2009.

King fought back from 2-0 and 3-1 down against Raymond Smith before capping a superb comeback in the final set with a wonderful 124 finish on the bullseye.

He'll now take on James Wade for a place in the semi-final.