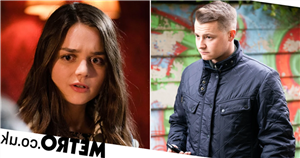 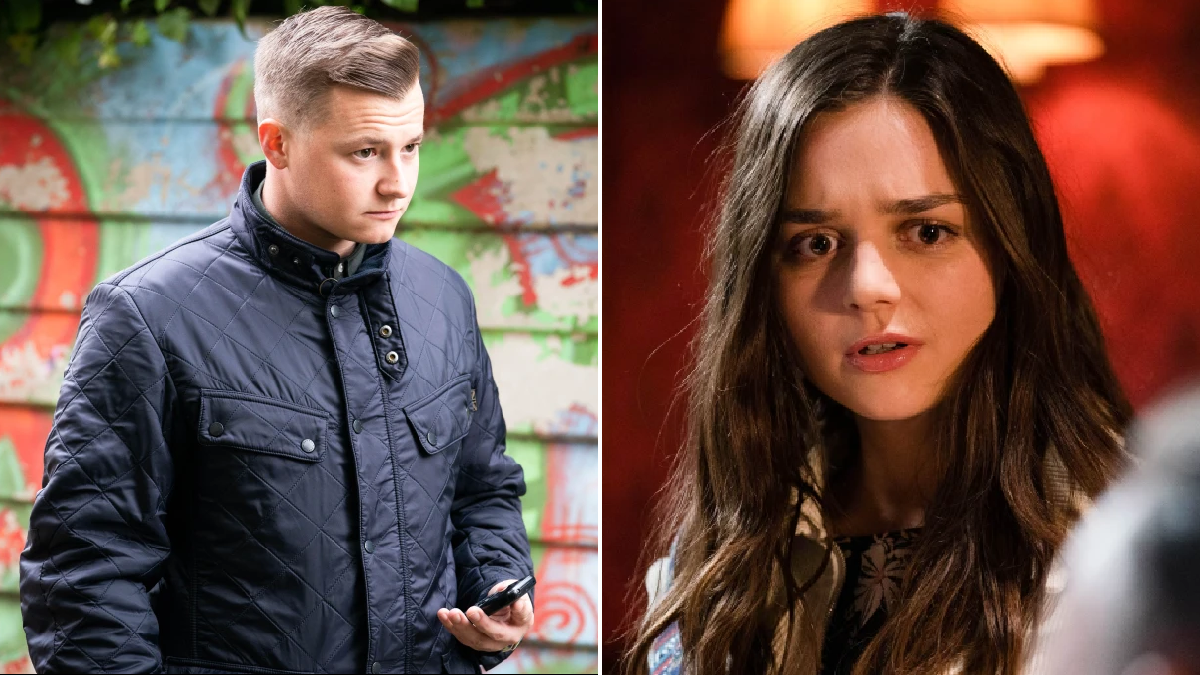 The far-right extremist wants to make a ‘statement’ for his ’cause’ over the Christmas period, claiming that some residents of the Square need ‘teaching a thing or two’.

His desire to cause chaos came in the wake of him discovering that Dana was contemplating converting to Islam.

Earlier this week, she told Bobby Beale (Clay Milner Russell) she wanted to find out more about Islam and visit the Mosque.

Aaron, meanwhile, met up with far-right gang leader Neil (Thomas Coombes), who explained that he wants them to up the ante with their plan.

Instead of setting the Argee Bhajgee alight, he wants them to plan a bomb.

Aaron was left horrified, however, as he discovered that everything was set in motion for New Year’s Eve, as he was worried that Dana would be close by in the Albert.

He subsequently tried to deter his sister from going to the Albert on the night in question, which left Harvey (Ross Boatman) somewhat suspicious of his son’s motives.

Harvey, however, later caught Aaron in Neil’s company, and his blood ran cold. He confronted Aaron, demanding to know the truth.

Aaron admitted that they’ve planted a bomb and it’s going to go off on New Year’s Eve.

The question is: will the bomb explode? And if so, will lives – such as Dana’s – be lost in the far-right attack?

One to watch: Thursday December 31 on BBC One.