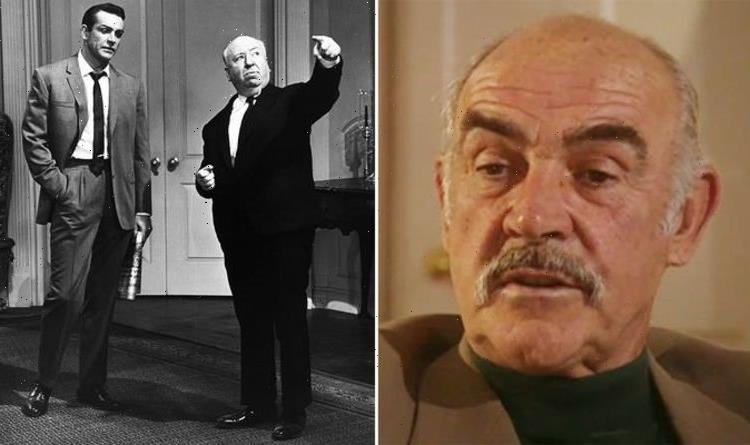 Having shot to stardom as James Bond in Dr No and From Russia with Love, Sean Connery was looking to avoid typecasting. The Scottish former milkman and coffin polisher wanted to work with Alfred Hitchcock but not in a spy role. The young leading man shockingly made a request of the director which hadn’t been made for a long time.

In 1997, Connery took part in a documentary called Scene By Scene, in which he discussed iconic moments from his movies.

In the archives footage which appeared in BBC Two’s Sean Connery episode of Talking Pictures, the actor who died last year was asked why he wanted to see Hitchcock’s Marnie script before accepting the part – something even Cary Grant wouldn’t have dared do.

He replied: “Well because I was very curious as to what it was. I said I would certainly like to read it.”

The Bond star didn’t know if he was right for the role of Mark Rutland, wondering if it was more American than he could ever be. But in the end, he concluded: “I liked it and had a terrific time with him.”

Connery also mentioned how it turned out at the time that Hitchcock had wanted Grace Kelly to play the other part.

The princess initially accepted but Monaco was not happy with her playing a part in which she was kissing another man, let alone the director’s plans for a rape scene that was unknown at the time.

Even though Marilyn Monroe pursued the part, Hitchcock went on to cast Tippi Hedren, a one-time model who had appeared in The Birds, as Margaret “Marnie” Edgar.

In the movie, Connery’s Mark blackmails thief Marnie into marrying him as he’s madly in love with her.

The Birds: Trailer for Hitchcock thriller released in 1963

During their honeymoon cruise, Marnie is disgusted at the idea of physical intimacy and at first Mark respects her wishes before raping her.

During the 1997 interview, Connery was asked about the controversial nature of the scene.

At the time, the late actor whose Bond had forced himself on women like Goldfinger’s Pussy Galore said he wasn’t bothered by the controversy.

The star said: “No, not at all. I don’t think I was that concerned at least about these kind of issues.”

On Hitchcock’s skills as a director, Connery said: “His preparation to movie-making was second to none, in terms of what he wanted in the script.

“He’d visualise everything and I enjoyed enormously working with him.”

A shot of the Bond star’s face was paused during the documentary and he was asked about his smoothed eyebrows.

The acting legend said: “My first kind of introduction to the kind of perfecto as it were of Hollywood. I think they really wanted someone like Cary Grant.”

Even in his youth, Connery was balding and wore a hairpiece for Bond and other roles.

He said of his Marnie part: “The hairline had to be perfect for the piece as well and then the guy had a special way of doing your eyebrows.

“There couldn’t be a suggestion of…like everybody now with stubble. That was the model for Hollywood then.

As for when he had disagreements on set with Hitchcock, he said the director had a catchphrase to cool things down which would be” “Oh, it’s just a movie!”